We must welcome any refugee from the government falsehoods on global warming and climate change. However, the reason for the epiphany is critical and there must be accountability. Caleb Rossiter lost his position as a Fellow of the Institute for Policy Studies (IPS) because he wrote an op-ed in the Wall Street Journal (WSJ). They said it didn’t agree with their philosophy because it spoke of damage done to Africans by climate change policy. The damage done is much wider and more damaging, but Rossiter appears unaware of the scale while IPS is in denial.

That damaging policy was going on for decades and was well documented through the 23 years Rossiter was with IPS. Where was he? He was out there teaching, preaching and promoting IPS policy as his Curriculum Vitae attests. Apparently for his entire career he ignored the damage it was doing. It’s clear he didn’t know what was going on because he was stunned by the IPS reaction. Likely, he spoke disparagingly of those who did speak out, as his comment to Climate Depot (CD) infers.

It is hard to understand what Rossiter was expecting when he wrote an article for the WSJ. A brief list of recent articles at the IPS web site includes;

The Moment for Climate Justice – IPS

With such a bias just publishing in the WSJ is likely unacceptable.

“If people ever say that fears of censorship for ‘climate change’ views are overblown, have them take a look at this:”

The comment intimates that he believed fears of censorship were overblown, otherwise, why be surprised when it happens to him. Where has he been? Now he thinks his loss of the Fellowship puts him in the group who, all along, have been skeptics. Now it appears he wants to play the victim card defined by Wikipedia.

It is common for abusers to engage in victim playing. This serves two purposes:• justification to themselves – as a way of dealing with the cognitive dissonance that results from inconsistencies between the way they treat others and what they believe about themselves.• justification to others – as a way of escaping harsh judgment or condemnation they may fear from others.

His cognitive dissonance appears to be twofold. He personally became aware of what other global warming skeptics have known for years and is embarrassed by his lack of awareness of how unjustified and nasty the attacks. He sold the IPS line without understanding or thinking of the consequences.

Caleb Rossiter is not a victim. He was accidentally thrown into a small club of people demonized for daring to question, to practice skeptical science, and to speak out. We wouldn’t be hearing about him now if it weren’t for the termination of his Fellowship. Some would read his article, a few might quote it and even fewer would be influenced, especially his former colleagues at IPS.

Where was Rossiter when skeptics were telling the world the climate science was bogus? Where was he when I was being served with three consecutive lawsuits for daring to write and speak about what was going on? Some say by mentioning these impacts I give comfort to those who brought the lawsuits. Maybe, but that is only true if they achieve their apparent goal and silence me. I want people like Rossiter and the public to know just how nasty, immoral, unethical and anti-intellectual their actions are. He has been missing in action and only reacts now because his ox is gored.

Now we hear about problems in Africa because of climate change policies. The issue is much larger and known about for a long time. It is Rossiter’s lack of awareness that is troubling. Crimes were committed and Rossiter was

aiding and abetting by failing to open his mind and do his research. Why else would he have a Fellowship at the IPS?

On a recent radio program a caller asked me who had killed most people in history. The usual suspects mentioned included Hitler, Stalin, and Mao Zedong. The caller rejected them and said the answer was Rachel Carson with at least 90 million, mostly in Africa. Carson wrote “Silent Spring” that started the hysteria of environmentalism against chemicals. She believed her husband died of cancer because of DDT. There was never any proof and the claims about eggshells thinning were also a complete emotional misdirection. DDT was banned worldwide as environmentalists went to work imposing their view on all. Paul Driessen identified this in his book Eco-Imperialism that explains how western environmentalists imposed their views and philosophies on developing nations. Driessen opened his mind as the linked page explains,

A former member of the Sierra Club and Zero Population Growth, he abandoned their cause when he recognized that the environmental movement had become intolerant in its views, inflexible in its demands, unwilling to recognize our tremendous strides in protecting the environment, and insensitive to the needs of billions of people who lack the food, electricity, safe water, healthcare and other basic necessities that we take for granted. 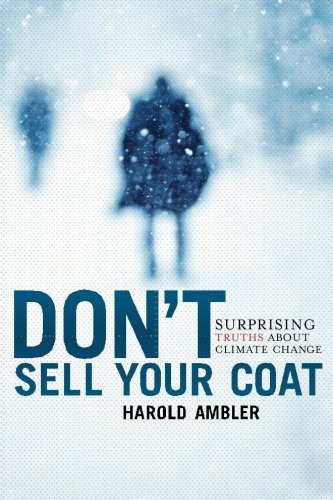 Where was Rossiter when we were warning about the failures of alternate energies and the impact on economies? Where was he when we were writing about thousands of Africans dying because of high food prices caused by US farmers growing corn with government subsidies to fuel American cars? Does he know that the so-called “Arab Spring” protests in Egypt that triggered all the shouts about democracy among liberals, were actually food riots caused by governments listening to alternate fuel advocates like IPS?

There is a larger omission in Rossiter and the IPS view. It relates to the overpopulation issue that is basic to the environmental and global warming philosophy of the Club of Rome (COR) and incorporated in Agenda 21. Open-minded research would lead them to the Demographic Transition, first discussed in 1929 and in the literature since the 1940s. It shows that population declines as development increases. That is achieved by industrializing with fossil fuels. We also know that attempts to operate using green agendas and alternate energies doesn’t work.

It is too late for a mea culpa or even a mea maxima culpa. It is likely Rossiter would still support the IPS agenda if the Fellowship weren’t terminated. They left him. Is he going to expose what is wrong with the message of the IPS from now on?  I doubt it, because of what it took to make him open his eyes. It likely hasn’t opened his mind, which appears was closed throughout his career.

There is no excuse. If you didn’t know what the IPCC were doing you are ignorant, if you did you are willful. How can you ignore the evidence of the leaked emails, the failed predictions, the change of names from global warming to climate change to disruption?

Ten years ago I simply parroted what the IPCC told us. One day I started checking the facts and data—first I started with a sense of doubt but then I became outraged when I discovered that much of what the IPCC and the media were telling us was sheer nonsense and was not even supported by any scientific facts and measurements. To this day I still feel shame that as a scientist I made presentations of their science without first checking it.

The public is very frustrated because nobody is ever held accountable. It is especially egregious in bureaucracies, which is why Maurice Strong told Elaine Dewar he went to the UN with his political agenda. There he could get all the money he wanted and not be accountable to anybody. At what point is a person or a group responsible for their actions? How much loss of life and hunger, not to mention disrupted and destroyed economies, has to occur? What about the impact of the 2001 IPCC Report with its falsified “hockey stick,” that became the poster child for the demonization of fossil fuels and all subsequent energy and economic policies?

Now we read about Rossiter’s concerns as if he is the first to discover what has been going on for years. Spare me the histrionics and the Uriah Heap hand wringing and go back to your ivory tower in which you are isolated from the real world. Think about the phrase “It’s purely academic” that means it is irrelevant to the real world. The situation in Africa and around the world is a result of the leftist policies he supported and no doubt taught his students. So, the answer to the multiple-choice question in the title is “All-Of-The-Above”.

I welcome him to the truth. I will have greater sympathy for his defection when he acknowledges that he was a significant part of the problem and probably wouldn’t be a defector if he hadn’t lost his Fellowship. Knowing there is no accountability is a major driving force for much of the corruption and deceptions for a political agenda. Do we forgive murderers if they say murder is wrong? I will be more convinced and welcoming when he actively confronts the policies espoused by the IPS.

US Imperialism Is LGBTQ in Action Top 4 Traffic Ticket Myths