For well over a decade, since my experience in the Pentagon with the policy-making process of the neoconservatives, I have been critical of their approach, and their goals. They were dissembling about their foreign policy goals, claiming a love of “democracy” around the world while actually trying to grow a centralized empire complete with competing and dependent satrapies. They were over-represented in the swinging world of mainstream media and politicians, and used the vulnerabilities, passions and envy of that incestuous den of iniquity to promote their ideas. They were arrogant despite their limited understanding of both domestic and foreign affairs, confident that they would be able to stay one step ahead of public opinion as the great game was being played, and overseas power shifts expedited. They were elitists and chickenhawks, hated and held in contempt by the very men and women who would be sent to carry out their vast political and social experiments.

While the events in Iraq and Afghanistan, and the extended Middle East area today really are, effectively, much as openly hoped by neoconservative pundits and advisors, the end is near. The sense of waste and a desire to cease throwing good money after bad on the part of the American electorate (both voting and non-voting) has caused a seismic shift that the neo-conservatives may not have imagined possible. The neoconservative era is now passing. Much like the era of eugenics in the United States in the 1920s and 30s, neoconservatism is now widely condemned and considered horrible, sick, and morally wrong.

Elitist neoconservatives, like the 1930’s doctors who decided which poor mothers from which parts of town would be sterilized, are extremely defensive about their widely publicized sins of choosing whole cultures, ethnicities and countries for sterilization, “betterment,” and subordination.

As political noblemen, they had long viewed the land covering three time zones west of DC as their personal agricultural complex. This land produced the tax revenues and equity, exhibited a disturbing herd tendency towards a easily whipped patriotism, and grew the cannon fodder of young men and women attracted to a paying job, and the mass silence of the extended family that this coveted paying job could buy.

It was all going just fine, until it wasn’t. Turns out the neoconservatives misjudged the nature of stupid Americans, and their stupid insignificant lives, and their passive ignorance about what Washington says to them and does to them. They thought the patriotic zeal to kill people overseas, that for decades neoconservatives helped frame, would last forever. Wise as they were, they didn’t realize that blowback occurs domestically as well as in foreign 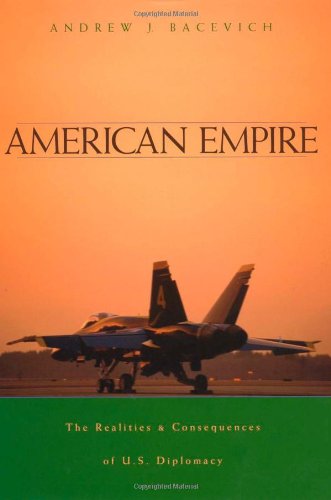 affairs, and that people grow up and learn, and make amends, and fresh generations have an influence on their elders that is more felt than seen. Despite their own intellectual clannishness, the neoconservative elites forgot that blood is thicker than water, and that families and communities actually talk amongst themselves, and draw their own conclusions.

However, all is not yet lost! I have a simple plan to help the neoconservatives get what they want in the Middle East – both explicitly and implicitly, both exoterically and esoterically. I think they should consider my suggestion as a culminating point in the development of the philosophy, particularly with regard to its foreign policy. Clearly, the instruments of neoconservative foreign policy – presidents, tenured Congressmen and senators, satraps and sycophants – all have failed miserably. If only this, if only that, and woe to the misunderstood intellectual – yes, I know, and I sympathize!

The solution, perhaps a final one, is clear. Neoconservatives must take matters into their own hands, and now is the time. There is no room for hesitation, for fear or doubt. What we need here is an army, ideally led by the karma-defying Dick Cheney, and the angry superhero Shallowman John McCain, and the Kagans and their wives, and the shapeshifting Kristols! Anyone who have ever been invited to a trusted soiree with these individuals (Richard Perle), or served jail time for them (Skooter Libby), or promoted their philosophy (Ralph Peters) or in any way carried water for the neoconservatives as a politician, advisor, reporter, or investment banker – this is your time!   Unite, go forth into the middle-eastern void, and take action!

Americans everywhere, and at every level, have failed you, and perverted your cause. Why should you suffer embarrassment, accusations of idiocy and chickhawkism, and blatant ungratefulness from the masses? Let me be the first to say, you shouldn’t. Go, and go fast!

Given your average age (has anyone ever met a youthful neocon?) you may not be moving as fast as I’d like, but launch soon, at any achievable pace. Bring your books, and your money (yes, your own money!) and your churning ideas of exoteric democracy and esoteric imperialism, and of course, your great wisdom – and go be the change you want to see!

I’m sure the American people will be happy to help fund some extra body armor for you, and if any of you make it back, we’ve got a great VA system, and a domestic security and surveillance state to ensure you stay unarmed and out of politics. Take your kids with you, because anything worth doing is worth doing as a family.

Think of the books you can write, the new credibility you will have, as actual veterans of adventuristic wars, fighting and winning the war on terror, and building new democracies!

Germany Asked for Its Fed-Stored Gold The State as Robber