A serious question in an Internet age is who qualifies as a journalist and therefore for press credentials and protection under shield laws and Times vs. Sullivan. Clearly a fifteen-year-old semiliterate garage-blogger should not. Clearly a site like The Unz Review should. How to decide and who decides are not easy questions.

Who should not decide is easy: the Federal Government. In Forbe’s, I find one Marco Hernandez, a federal judge of near-perfect ignorance, who lists seven requisites that in his view must be met if one is to be, in effect, a federally licensed journalist. (Note that Hernandez was appointed by Obama, consistently hostile to the press Federal jusges are not appointed for competence, but for allegiance.)

Anyway, Hernandez. For those of us who mightl have to work in the deep shadow of his overhanging brow ridges, this is bad news. Let us examine his requirements.

One: Education in journalism.

I was an average mid-rank journalist. In 1973 I went to Israel to cover the Yom Kippur war for the Free-Lance Star of Fredericksburg, Virginia, my hometown paper. I then spent a year in Vietnam and Cambodia for Army Times, after which I spent some three decades writing either on staff or on contract from probably two dozen countries for the Washington Times, WashPost, Harper’s, Playboy, Soldier of Fortune, Universal Press Syndicate The American Conservative, on and on and on.

Now, this peckerwood judge tells me, and by implication many like me, that I am not a journalist because I have never taken a course in journalism. Neither have a dozen solid pros I could mention, guys who came of Nam, didn’t want some faggoty job like being a judge, which is to say a wannabe transvestite in a black nighty. If his decision was meant to apply only to me, it wouldn’t matter. But he wants to apply his thoughts, if they rise to that rank, to all.

It is worth noting that web journalists do not necessarily have minuscule circulations:

Readership is hard to pin down. When you have a column in a newspaper, you can never be sure how many people actually read it. But when I was weekly at the Washington Times, it had about 100,000 ABC’d daily circ. Optimistically figuring that thirty percent of that read my column, that’s 120,000 per month—far smaller than page views on FOE, and those figures above do not count readers on high-volume sites that repost it. I am now as competent (or incompetent) as a journalist as I ever was, and have far higher circulation internationally. But, says the federal judgelet, I am not a journalist at all. How much sense does that make?

2) Proof of adherence to journalistic standards such as editing, fact-checking, or disclosures of conflicts of interest.

Oh god. Oh god. See what affirmative action does? What, prithee, constitutes proof of fact checking? A note from my mother? Vetting by some federal hack with a sub-tepid IQ, who has never worked in journalism and couldn’t sell a pancake recipe to Boy’s Life?

Fact-checking? Would you like me to go over the Zimmerman case line by line and point out consistent, often deliberate, er, mis-facts from networks and big papers? (The book to read is If I had a Son: Race, Guns, and the Railroading of George Zimmerman.) Tell me, Pancho, your honor, sir, are you a bought-and-paid for shill for the government, or are you really as stupid as you seem? I want to be fair. Give me your side of the question.

Conflict of interest? It is the foundation of journalism, except among bloggers. Bloggers are free and independent. No other journalists are. (Which is why you don’t like them, right, your honor?)

Conflict of interest? A ranking executive of a major television network once told me that its reporters were told not to ask hard questions of Obama because the network would lose access to the White House. No, the reporter would not have been forbidden attendance at press conferences. Too obvious. But he never would have been chosen to ask a question.

Conflict of interest? The media are owned by corporations. These exist to make money. This means selling ads, twenty minutes to the hour, which means not airing anything that (a) would anger a lot of viewers or (b) upset the 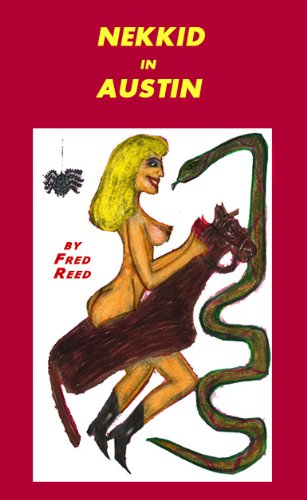 advertisers, or (c) rile the governmental sources on which the media depend. If airlines advertise with a paper, the paper isn’t going to write about airline safety, etc. Do the media disclose this conflict of interest?

Bloggers, who don’t make any money anyway, are the only journalists not under the crippling, controlling conflict of interest between telling the truth and getting paid. If I choose, I can write that Jews eat Christian children, that Southern Baptists copulate with snakes, that Hillary had a Martian transmitter implanted in her head. I am subject to libel laws, and should be, but my conflict of interest is infinitesimal compared with that of the big media.

Jesus Christ. What is passing through Panchito’s tiny little mind? Does it have a transit lounge? He seems to be imposing a federal requirement that reporters keep notes. Does this apply to the New York Times? How is he going to know? Will he have Federal Note Swat Teams raid the Washington Post, demanding to see the notes?

In any event, what does keeping notes have to do with journalism? I have done hundreds of stories over a lifetime, and I have notes on none of them. In opinion pieces, what notes? 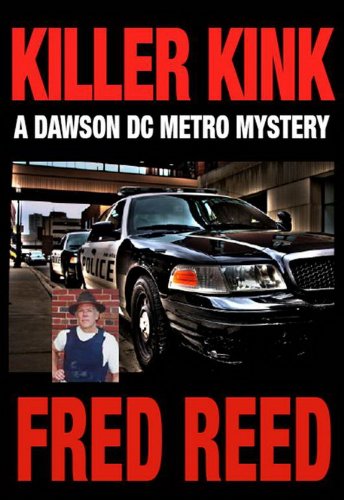 What the hell does this mean? Anything?

5) Credentials or proof of affiliation with a recognized news entity.

This means, of course, with an entity that pleases the government. Affiliation with a recognized entity—and I say this as one with decades of experience in the major media—is not at all a guarantee of objectivity, which doesn’t exist, or even of honesty. It means that a writer has to conform to the paper’s editorial policy—liberal, conservative, whatever—as well appease the advertisers, pander to the various powerful sensitives, such as blacks, Jews, feminists, and sexual aberrants. I know. I’ve been there. This is what we want in journalism?

6) Creation of an independent product rather than assembling writings and postings of others.

Again, Bright Eyes needs his diapers changed. Is a scientific journal that publishes research papers not journalism because it doesn’t write the research papers? Go to Lew Rockwell, or Taki’s Mag, or The Unz Review, or American Renaissance. You will find fairly by Lew, Taki, Ron Unz, or Jared Teylor. Their journalistic service, a great one, is to collect news, analysis, and thought of interest to particular readers. Some of these sites ave huge circulations.

7) Contacting “the other side” to get both sides of a story.

More drip from a slow faucet. Why does Tinker Belle think that there is a requirement that journalists “report the other side,” or “be fair and balanced”? It is in fact impossible, but I don’t want to get into concepts over his head.

Now, Dipstick has probably never heard of Mencken, Twain, Seymour Hirsch, Jonathan Schell, Hunter Thompson, or any of the other great figures of American journalism. Did Mencken interview William Jennings Bryan during his coverage of the Monkey Trial? Did William Shirer, of whom Neurozilla has never heard, inBerlin Diary, interview Julius Streicher, to get a balanced view of ethnic extermination?

If I were rude, which I decidedly am not, I would say to Pnachito: “Vete a la chingada, cabrón. No me estés jodiendo.” This is Spanish for “I appreciate your point of view. I will consider it at leisure.” Because, you see, I want to get the other side.