The sniper’s musket is loaded, cocked and aimed.  The round musket ball is launched. Struck through the heart, General George Washington lay dead.  That is the gripping opening scene of a new Dinesh D’Souza movie to be released this summer.

“Imagine the unimaginable,” says Denish D’Souza, a Christian apologist and immigrant from India who came to the U.S. 30 years ago and has embraced America as his own.

What would the world look like if America did not exist?

No liberty bell.  No Statue of Liberty.  No Washington monument.

These are the many “what ifs” that run throughout Dinesh D’Souza’s movie AMERICA [DineshDsouza.com] based on his book AMERICA: IMAGINE THE WORLD WITHOUT HER.

A nation of politically disenchanted citizens may already be wrestling with some of the questions this movie attempts to answer.  Movie viewers often go the movies to be entertained, to get away from the harsh realities of the modern world.  Will they come to see a movie about what’s wrong and right about America?  Mr. D’Souza thinks so because he was the author and creator of the second highest grossing political documentary film of all time – 2016: Obama’s America.

Mr. D’Souza whose voice narrates the movie does strike a chord that is in the back of many American’s minds.  “I’m scared for the future of America,” he says.  Aren’t we all?

Savvy viewers who are not camped to the left or right politically are going to wrestle internally with this movie.  Just precisely what does America stand for these days?  Conquering hapless Iraq, only to have it overrun by sectarian factions after the US withdrew its troops? Freeing young girls who were kidnapped in Nigeria?  What are America’s soldiers dying for these days?

There are allegations that America has a hidden legacy of looting, theft and murder. We can’t just dismiss these accusations with the call for “liberty, freedom, rah, rah, rah,” says Mr. D’Souza.  “Is the story of American shame true or not?” he asks.

Mr. D’Souza convincingly explains that throughout history conquest was how wealth was acquired.  America rose by industry rather than looting.  America is based upon a different idea; acquiring wealth, not by taking it from someone else, he says.

Despite America’s many faults Mr. D’Souza says: “We are not the bad guys of the world.”  America rebuilt Germany after WWII.  We turned over the oil fields to the Iraqi’s, he says.

About the false notion the civil war was fought over slavery

D’Souza believes the Civil War was a war over slavery, that America took the high road and fought a war to end it.  A little better homework by D’Souza may have brought him to a different conclusion.

Miller explains that what President Lincoln did was strip away the Constitutional provision that each State had the right to be free and secede from the union.  Miller writes:

“The war did enable Lincoln to “save” the Union, but only in a geographic sense. The country ceased being a Union, as it was originally conceived, of separate and sovereign states. Instead, America became a ‘nation’ with a powerful federal government. Although the war freed four million slaves into poverty, it did not bring about a new birth of freedom…. For the nation as a whole the war did just the opposite: It initiated a process of centralization of government that has substantially restricted liberty and freedom in America.”

This is the very largesse of centralized government that Mr. D’Souza detests.  Yet he idolizes Lincoln in his movie.  Lincoln was not opposing slavery he was blocking the Southern States from seceding.

As revealed in Miller’s article, there was no income tax in place at the time and the principle source of money to fund the federal government was a tariff on imports.  An undue portion of these tariff/taxes were disbursed to Northern States at the expense of the Southern States who rebelled and were ready to secede. The Civil War was not about slavery.  It ended up being an event that brought about expansion of the federal government. 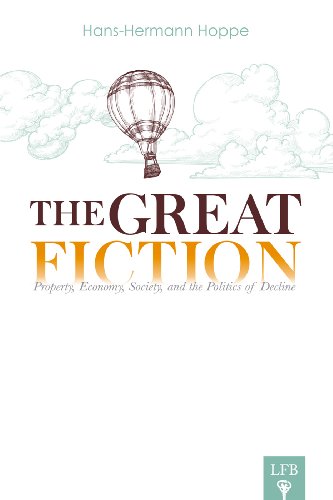 Do we even have the time to delve into the past?

A problem with Mr. D’Souza’s challenging questions dealing with its historic past is that present-day issues are so dire that one wonders if we as a country have time to ponder our past when America’s immediate future is in jeopardy.

Maybe, having the strongest military, the largest economy, the most desired currency, America only has one way to go – down.  But if America sinks, won’t it take the hopes of freedom and prosperity for the rest of the world with it?

More to the point, is America a nation no better than any other?  Has America, as some say, it looted its way to its notoriety as the greatest country in the history of the world?

Mr. D’Souza quotes Abraham Lincoln who said that there was no foreign foe that threatened America at that time.  That what will undermine America will come from within.

Mr. D’Souza points to political activists who attempt to overthrow the government from within, as outlined by Saul Alinsky and his protégés Barack Obama and Hilary Clinton.

But one wonders if Mr. D’Souza is as up-to-date as he should be given the sudden change in what America promises to its citizens since the financial collapse of 2008.

As Mr. D’Souza says it, “America was the first nation to choose its way.”  And as he so aptly notes: “This country does something truly unique.  It allows you write the script of your own life.”

But just how true is Mr. D’Souza’s assertion that America is still a land of opportunity when its hidden unemployment rate exceeds 20%?  When its college students are going back to live with mom and dad, burdened with school loans they may never be able to pay back?  What do we do when the robots replace over 45% of American jobs?  Wealth has been handed to the financial classes in the form of free money and the rest of the masses suffer declining incomes, hidden inflation and erosion of any remaining wealth.

So as Americans what do we do now?  D’Souza says: “We don’t have a Washington or Reagan, but we do have us.”

D’Souza’s movie does its job, to get Americans to think about reclaiming its greatness.  “Our struggle is for the restoration of America,” he says.

For those Americans searching for more specifics how to do that, they might want to read the words of economist Hans Herman Hoppe:

The American model – democracy – must be regarded as a historical error, economically as well as morally. Democracy promotes shortsightedness, capital waste, irresponsibility, and moral relativism. It leads to permanent compulsory income and wealth redistribution and legal uncertainty. It is counterproductive. It promotes demagoguery and egalitarianism. It is aggressive and potentially totalitarian internally, vis-à-vis its own population, as well as externally. In sum, it leads to a dramatic growth of state power, as manifested by the amount of parasitically – by means of taxation and expropriation – appropriated government income and wealth in relation to the amount of productively – through market exchange – acquired private income and wealth, and by the range and invasiveness of state legislation. Democracy is doomed to collapse, just as Soviet communism was doomed to collapse.  [Wikiquote]

We must promote the idea of secession. Or more specifically, we must promote the idea of a world composed of tens of thousands of distinct districts, regions, and cantons, and hundred of thousands of independent free cities such as the present day oddities of Monaco, Andorra, San Marino, Liechtenstein, Hong Kong, and Singapore. Greatly increased opportunities for economically motivated migration would thus result, and the world would be one of small [classically] liberal governments economically integrated through free trade and an international commodity money such as gold.  [Wikiquote]

Go wrestle with this movie.

Is Putin Trying To Save the World From War? Another Housing Bust Ahead?