Are Saunas the Next Big Performance-Enhancing “Drug”?

Historically, saunas have a longstanding tradition of use. They are common to many Eastern European countries, as well as Asia. In some countries, such as Finland, you can find them in nearly every home, where they’re used for relaxation, detoxification and more.

Saunas are actually becoming increasingly used by athletes as well, but not only for the post-workout muscle relaxation as you might expect.

According to Rhonda Perciavalle Patrick, Ph.D., increasing your core temperature for short periods, as is done by using a sauna, may offer dramatic improvements to your athletic performance. She calls this concept “hyperthermic conditioning,” which emerging research suggests has multiple positive effects on your body, from increased endurance to the growth of new brain cells.

How Heat Acclimation May Boost Your Endurance

If you’re an athlete, the benefits of increased endurance are obvious, but actually everyone can benefit, as your level of endurance serves as a gauge for many aspects of your overall health, including your heart health.

Exercise, especially when done at high intensity, is one way to build your endurance, and perhaps it’s not a coincidence that this will also increase your body temperature at each session.

Hyperthemic conditioning, or “acclimating yourself to heat independent of aerobic physical activity through sauna use,” also boosts endurance because it induces adaptations in your body that make it easier for you to perform when your body temperature is elevated.

In short, as your body is subjected to reasonable amounts of heat stress, it gradually becomes acclimated to the heat, prompting a number of beneficial changes to occur in your body.

These adaptations include increased plasma volume and blood flow to your heart and muscles (which increase athletic endurance) along with increased muscle mass due to greater levels of heat-shock proteins and growth hormone.

In one study, those who had a 30-minute sauna session twice a week for three weeks after their workouts increased their time it took to run until exhaustion by more than 30 percent!1 Other physiologic adaptations that occur from hyperthermic conditioning include:2

Sauna Use May Prompt a “Massive” Release in Growth Hormone

Human growth hormone (HGH) is a synergistic, foundational biochemical that addresses the serious muscle loss and atrophy that typically occurs with aging. The higher your levels of HGH, the healthier and stronger you will be. 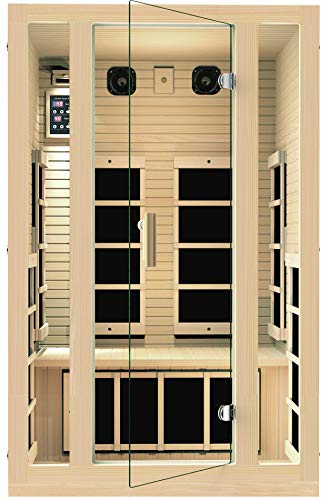 Once you hit the age of 30, you enter what’s called “somatopause,” at which point your levels of HGH begin to drop off quite dramatically. This decline of HGH is part of what drives your aging process, so maintaining your HGH levels gets increasingly important with age.

Some athletes choose to inject HGH for its performance-enhancing potential, though it is a banned substance in nearly every professional sport. I do not recommend injecting HGH, however, due to the potential side effects, the cost and, more importantly, its potential to cause more long-term harm than good.

Besides, as we now know, taking such risks is unnecessary because there are ways to naturally optimize your HGH. I’ve discussed the use of high-intensity exercise and intermittent fasting to boost HGH in the past, but sauna use is another complementary strategy. As reported by Dr. Patrick, research shows:9

Sauna use combined with exercise may lead to even greater, synergistic increases in HGH as well as brain-derived neurotrophic factor (BDNF), which is beneficial for your brain

Additionally, if you combine it with niacin as discussed in my interview with Dr. Yu, then the sauna can be a powerful tool to help you mobilize and eliminate stored toxins in your body.

Heat Shock Proteins: Another Way Sauna Use May Promote Muscle Growth and Longevity

The release of HGH is just one way that hyperthermic conditioning increases muscle growth. It also reduces the amount of protein degradation that naturally occurs during both muscle use and disuse. As a result, this increases the net protein synthesis in your muscles, which ultimately promotes muscle growth.

Interestingly, one of the mechanisms by which heat stress prevents protein degradation is by triggering heat shock proteins (HSPs), which are used by your cells to counteract potentially harmful stimulus. Whenever a cell is exposed to an unfriendly environment, the DNA separates in certain regions and begins to read the genetic code to produce these stress proteins. HSPs are actually beneficial, helping to both prevent and repair damaged proteins. As Dr. Patrick explained:

“Heat shock proteins (or HSPs), as the name implies, are induced by heat and are a prime example of hormesis. Intermittent exposure to heat induces a hormetic response (a protective stress response), which promotes the expression of a gene called heat shock factor 1 and subsequently HSPs involved in stress resistance.

Research has shown that when rats were exposed to intermittent heat sessions, they had a “robust” expression of heat shock proteins that was associated with 30 percent more muscle regrowth compared to a control group.10 The expression of HSPs persisted for up to 48 hours after the heat session and may actually lead to a higher expression of heat shock proteins even when you’re not exercising. When you do exercise, heat acclimation may prompt an even greater release in HSPs than normal.

“This is a great example of how a person can theoretically use hyperthermic conditioning to increase their own heat shock proteins and thereby reap the rewards,” including for muscle growth and more, according to Dr. Patrick. Also exciting, exposure to heat has been shown to increase lifespan (by up to 15 percent) in flies and worms, a benefit that is attributed to HSPs. One particular HSP (the HSP70 gene) has also been associated with increased longevity, which suggests there may be anti-aging benefits to regular heat stress.11

Heat treatments may even induce heat shock proteins that help protect against rhabdomyolysis, a serious degenerative muscle tissue condition that is one of the most common side effects associated with the use of statin cholesterol-lowering drugs!12 If you’ve had a muscle injury, you may be immobilized for lengthy periods, which generally will cause your muscles to begin to atrophy. Hyperthermic conditioning has been shown to slow muscle atrophy during disuse by up to 32 percent in one animal study. Whole-body heat treatment both prevents muscle atrophy and increases muscle regrowth, courtesy of elevated HSP levels. Dr. Patrick explained:

“During injury, you may be immobilized but you don’t have to be very mobile to sit in the sauna a few times a week to boost your HSPs! This is a clear win in the injury and recovery department.”

Sauna Use May Even Help Trigger Increased Insulin Sensitivity

Insulin performs multiple functions in your body. It helps mobilize or signal a certain kind of protein to mobilize glucose from outside your cells, and it’s part of the mTOR (Mammalian Target of Rapamycin) mechanism, which causes protein to be created and builds your muscle. The mechanism that builds protein in your muscles is part of the insulin cascade pathway, and it cannot be bypassed. According to Ori Hofmekler:

What does this have to do with sauna use?

Hyperthermic conditioning is also known to help improve insulin sensitivity, which may be yet another route by which it ultimately boosts muscle growth and performance. One animal study even found that 30 minutes of hyperthermic treatment, three times a week for 12 weeks, resulted in a 31 percent decrease in insulin levels and a significant reduction in blood sugar levels.14  This has implications not only for your muscles, of course, but also for the many other chronic diseases that are driven by insulin resistance, like type 2 diabetes and metabolic syndrome, among others.

BDNF also expresses itself in your neuro-muscular system where it protects neuro-motors from degradation. The neuromotor is the most critical element in your muscle. Without the neuromotor, your muscle is like an engine without ignition. Neuro-motor degradation is part of the process that explains age-related muscle atrophy.

BDNF’s activity in both your muscles and your brain appears to be a major part of the explanation for why a physical workout can have such a beneficial impact on your brain tissue. It, quite literally, helps prevent, and even reverse, brain degeneration as much as it prevents and reverses age-related muscle atrophy. Interestingly, exercise in heat increases BDNF compared to exercise done at lower temperatures, adding support for heat stress 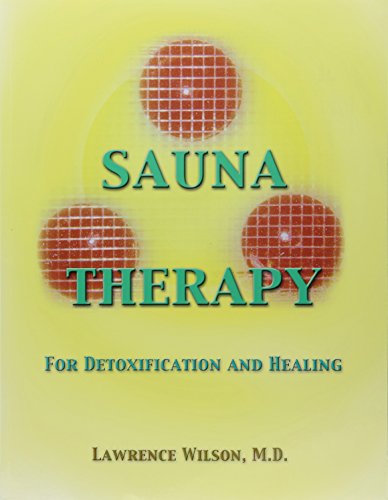 Other research has shown sauna use increases levels of norepinephrine,16 a hormone involved in the stress response that increases focus and attention, as well as prolactin, which may promote myelin growth, helping your brain to function faster and repair nerve cell damage. Even the so-called “runner’s high,” the boost in endorphins, and well-being, that’s often felt after exercise may be related to heat stress, as one animal study revealed that heat stress from exposure to a sauna increases endorphins significantly.17

The difference between an infrared sauna and the traditional Finnish-style saunas is that the latter heats you up from the outside in, like an oven. The infrared sauna heats you from the inside out. The traditional wet sauna typically uses a small stove with radiant heat elements, i.e. resistive elements that heat up when current flows through them. These elements heat up the rocks piled on top. The temperature is regulated by a thermostat. Initially, the sauna will feel warm and dry, but once you toss some water on the rocks, hot steam is generated, which helps open your pores and induces sweating.

Steam baths are great for detoxifying your water-based organs. So if you have lung, kidney, or bladder problems, a steam bath with some essential oil can be beneficial. Infrared saunas can significantly expedite the detoxification process, however. They heat your tissues several inches deep, which can enhance your natural metabolic processes. It also enhances circulation and helps oxygenate your tissues. Furthermore, viruses and toxin-laden cells are weaker than normal cells and tolerate heat poorly, so raising your body temperature helps heal infections quicker.

While some still favor old-fashioned wood-burning saunas, the more modern electrical versions and the infrared saunas are the most common today. Unfortunately, this has also led to some problems, namely high electromagnetic radiation. If you’re thinking of using an infrared sauna, be sure it is not emitting high levels of EMFs.

A major organ of elimination, most people’s skin is very inactive. Many simply do not sweat enough. Repeated use of the sauna slowly restores skin elimination, allowing toxic chemicals and metals to be removed. It’s a daily habit that pays many dividends, not only for detoxification but for your endurance, muscle health, brain health and much more.

That being said, exposing your body to high temperatures must be done with commonsense and caution. First, if you’ve never taken a sauna before, you only want to spend a few minutes in there—about four minutes tops, according to Dr. Brian Clement, the medical director of the Hippocrates Health Institute. Then, for each subsequent sauna, add about 30 seconds, and slowly work your way up to somewhere between 15 to 30 minutes. The reason for this is because the detoxification process can in some cases be severe, depending on your toxic load. Dr. Clement’s general sauna recommendations are as follows:

Additionally, you’ll want to use the following safety tips at all times: