Secession and the Crimea

It seems that the last thing the internet needs right now is another story on the Crimea but this is an older story.

Doug Casey once said he thought there should be 7 billion independent countries in the world – one for every human being on the planet.  Just what is a country?  The first thing that comes to mind is a group of people with a common culture that live in the same place that voluntarily band together for their mutual benefit.  Sounds about right.  However, how can 300+ million people in the US have a common culture?  Can we even say that we all live in the “same” place?  We are arguing about if we even speak the same language and can talk to each other in English.   Cultural wars tear at the very fabric of our society.  Some claimed that NAFTA was an effort to join the US, Canada and Mexico into a super government.  Is this going in the right direction?  Should countries be bigger to form super powers so that they can project vast military power around the world for the sake of controlling 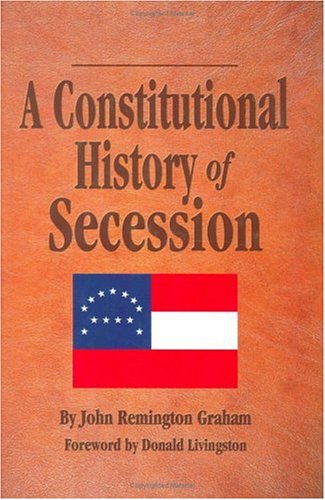 others?  That seems to be the trend in the last 100 years or so.

Even in the United States, which was formerly known as the united States (lower case u), national power has trumped State sovereignty over the last 150 years.  After the War of Independence, England signed 13 separate peace treaties with the colonies.  The War Between the States was literally a war between independent sovereign states.  Visit the battlefields and you will see monuments that were erected to honor individual State armies. The war was fought with separate State armies under a unified command much like the UN today.  Each State had its own officers and chain of command.  They fought as individual armies and orders from the unified command were given and went down the chain of command in each State army.  At the beginning of the war General Lee was offered command of the united States unified command but turned it down because he could not fight against 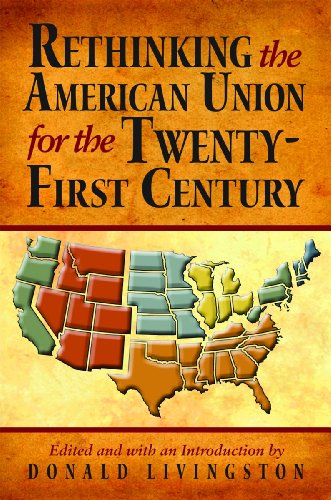 his native State of Virginia.  He considered himself a citizen of Virginia first.  So very different from today where individual states are mere political subdivisions of the United States Government.  Before the 17th amendment to the constitution Senators were appointed by the State governors to serve as the governor’s ambassadors to Washington.  Senators served at the pleasure of the governor and could be recalled.  The 17thamendment weakened the power of the individual State governors.

It seems that the Crimea voted overwhelmingly to secede from the Ukraine.  The big question is, “Can they do that?”.  It is indeed a big question.  It is the same question that is on the tip of millions of tongues around the world.  In Europe there are dozens of major secession movements and hundreds of smaller ones.  In the UK, Scotland is voting to break free soon.  Will they be allowed to go peacefully?  In Spain the Catalonia region with its different culture wants to be self-governing.  In Turkey the Kurds want their right to self-determination.  Venice wants to break away from Italy.  Across the Atlantic in Canada the Quebec region has wanted independence for years.  In

the United States there are several current movements for independence.  In Texas, which was a sovereign country prior to joining the union, there is a growing movement to secede. In New Hampshire the freestate project has been slowly gaining momentum for a few years.  In Alaska, Sarah Palin’s husband has been active in their independence organization.  In Colorado there is currently a push for several counties to break away and form their own state.  California is just a matter of time.  There is also a movement to form a new country out of Washington State, Oregon and BC.  The list goes on and on.

What is the correct size for a country?  Why is Costa Rica or Switzerland a good size and Texas or California is not?

Is it the business of Washington DC to hold onto a state such as Texas that wants to leave?  Better yet, is it the business of Washington DC to order the Crimea not to leave the Ukraine on the other side of the world?  Perhaps it is time to remove the log from our own eye before attempting to remove the speck from our brother’s eye.  Oftentimes it is so much easier to fix someone else than to take a hard look at our own situation. 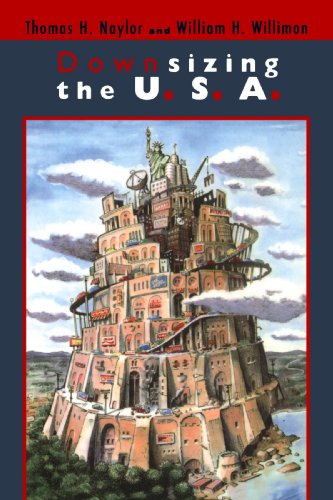 What really holds us together as a country?  Some say the main glue that has subverted the individual State sovereignty is federal revenue sharing – money.  If so, what happens when the checks from Washington DC stop coming?  Or if the checks continue to come but they no longer buy anything?  How long would it take more prosperous states to unhitch their wagons from a culture they no longer felt they were a part of anymore?

If you think countries are forever or that borders never change go to www.youtube.com/watch?v=EY9-rXxhyb0 for a few minutes and watch the old world change before your eyes.

What is our US culture that holds us together?  Is it a belief in God?  Is it a common language?  Is it a belief in rugged individualism and self-determination?  A belief that we can create a better life for our self and our family if we work hard and do the right thing?  It seems that these beliefs are rapidly polarizing the country.  Are we a Godly nation that believes in common law based on the Ten Commandments anymore?  Or does whatever the majority happen to vote upon become the new law regardless of our rights?  Do we have a sense of shared values?  Do we have a national moral compass?  Do we have morals at all?  Are we givers or takers?  Do we look within and to God for solutions or do we look to the State?  Is one world government the answer or is it something smaller and more representative.  If so, how much smaller?

Is the State the servant of the people (who have banded together for mutual benefit) or just “raw force” required to keep the peace between different cultures like Tito did in Yugoslavia for decades after WWII?  What is a country?  It is a serious question that requires serious thought.  Once the bribes from Washington DC stop how long will ours survive?  Will we be allowed to peacefully organize according to culture and beliefs in smaller groups or will the answer be raw power and force?  Heaven help us all (all 7 billion of us).

Who Writes History?Toddlers Know the Truth