10 Of The Wildest Parties In History

If you think the beer pong frat extravaganza you’re already planning for the day before Spring Break is going to be impressive, you’d be hard-pressed to follow these legendary bashes. Then again, maybe you shouldn’t try—hangovers exist for the same reason the police do. Perhaps it’s better to dream from afar.

Beaumont and his Edith were renowned throughout Europe and North America for throwing some of the greatest parties ever seen. Their masquerade ball was celebrated at their mansion on Rue Duroc in Paris every summer. Their 1924 party may not have been any more extravagant than their others, but it featured possibly the most outlandish theme—all guests had to dress up as a car. Photos of Sara and Gerald Murphy, who were good friends of the Beaumonts, in their costumes are still around to this day.

The food was lavish French cuisine, of course, with plenty of wine and champagne. Guest Raymond Radiguet was so exhilarated by the Beaumonts’ annual parties that he wrote a novel about them, Le Bal du Comte d’Orgel. Throughout the banquet, costumed performers would run in making automotive sounds and act out vignettes about various vehicles. Perhaps the only Beaumont part wilder than this was another hosted in the 1920s in which 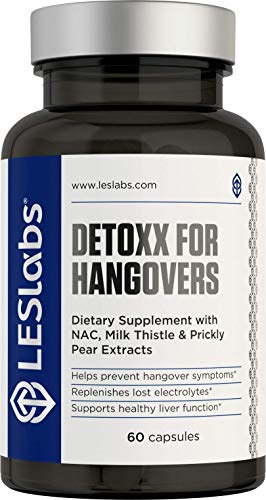 every guest was required to leave exposed the part of his or her anatomy he or she deemed the most interesting.

When a pope dies, Italy goes into deep mourning. If the subsequent conclave takes a long time to elect a successor, the country very quickly loses its temper. The conclave of 1644 lasted from August 9–September 15, 1644, delayed by the previous pope, Urban VIII, appointing three members of his own family to cardinals. Two of these men were brothers Antonio and Francesco Barberini, who bickered with each other like Regan and Goneril in King Lear, and for the same reason. Finally, after several bribes from France and Spain, Giovanni Battista Pamphili was elected and chose the amusing regnal Innocent X. The entire Catholic world rejoiced, but nowhere was the celebration more bacchanalian than in Rome.

This conclave and the next, which lasted from January–April 1655, were still fresh in a lot of memories when 1667′s 18-day conclave came about in June. Eighteen days was still found to be far longer than any Catholic wanted to wait, and when Giulio Rospigliosi was elected Clement IX, Rome rejoiced in the same manner as in 1644.

The city of Rome decided to celebrate these elections at La Fontana dei Leoni—the Lions’ Fountain—at the foot of the Cordonata in Piazza Ara Coeli, leading up to Piazza del Campidoglio at the top of the Capitoline Hill. The Cordonata is a giant, wide staircase designed by Michelangelo that allows cavalry to ascend to Campidoglio without dismounting. There is a lion of black basalt on either side of the Cordonata that spew water into a huge vase, and at dusk on the day after each election, the water from these fountains was replaced with wine and dispensed to revelers free of charge. The jubilant thronged Ara Coeli, the Cordonata, and up into Campidoglio throughout the night, dipping their goblets in the vases and drinking all they wanted.

8 The Premiere Of Les Noces

Igor Stravinsky’s ballet Les Noces (The Wedding) premiered at the Théâtre de la Gaîté in Paris on June 13, 1923 to great acclaim. Sara and Gerald Murphy—those friends of the Beaumonts from earlier—decided to throw a lavish party for Stravinsky and a host of the intellectual elite. Rather than rush an impromptu reception for that night, they announced throughout Paris that the party would be on July 1, on a barge on the Seine River.

With this much time to prepare and a lot of money, they went all out on food, drink, and decor. Five-star French chefs were hired to cook on-site and the champagne never ran out. Even more important than the food were the guests, all personal friends of the Murphys: Stravinsky, Impresario Sergei Diaghilev, choreographer Bronislav Nijinska, the entire troupe of the Ballet Russes, Pablo Picasso, F. Scott Fitzgerald, poet Tristan Tzara, risque novelist Raymond Radiguet, Cole Porter, and Jean Cocteau.

Sara Murphy wanted to decorate the barge with flowers, but the florists were closed on Sunday, so she bought a hoard of toys, fire trucks, dolls, clowns, stuffed animals, and toy trains. Picasso quickly decided these deserved to be a car wreck and piled them all together, topping it off with a cow on a fire truck ladder. This may have inspired Picasso’s sculpture of a monkey’s head from one of his son’s toy cars. The party lasted all night—artist Natalia Goncharova read palms, Cocteau kept terrifying people by screaming that the ship was sinking, and by dawn, conductor Ernest Ansermet took down the Murphy’s huge laurel wreath and a very drunk Stravinsky jumped through it. He called it the greatest night of his life.