Sooner or Later, the People Will Accept Secession and Decentralization

Some people think that my writing is a bit sarcastic. Well, my latest articles on LRC haven’t been too sarcastic.

But can you blame me?

I just want you to understand what it is we are up against when our federal government and its employees have a lot of power over us.

And then, perhaps too often my own emotions of fear and anxiety associated with the police state affect the way I express myself. Oh, well.

Now, it’s one thing that the NSA criminally intercepts your new computer or laptop from the online store warehouse to your home, in order to criminally install surveillance spying devices (and they may in fact be making illicit use of pre-installed technologies, and in some cases a manufacturer may be actively involved in aiding and abetting the NSA’s “security” racket although they deny such involvement).

The buffoons mistakenly thought the instruments were banned “agricultural items.”

The musician has to write a letter to the U.S. Department of Agriculture, apparently. How the hell can these bureaucrats reimburse him, after all the hours he labored to craft those specialty instruments?

If ever there were a reason to abolish the USDA, as Ron Paul would like to do, this is it. (And what about the U.S. Customs Service as well? What good have they done for us?)

So the government goons destroyed this musician’s personal property, his means to express his art, and his means toward making a living as well.

Supposedly, the USDA says that the purpose of destroying certain “agricultural items” is to protect us from possible “pests” that could end up destroying our economy. But who are the real pests here?

God forbid these Customs officials might actually have the ability to distinguish between a professionally hand-made musical instrument and a stick. That’s really what it comes down to.

Granted, that particular fiasco didn’t have that much to do with “security,” which is usually what all the government’s property destruction and theft, TSA molesting and groping, and otherwise government incompetence and criminality is to do with.

But this kind of destructive behavior is happening all the time now, all across America. And it seems that Americans are just putting up with it as a fact of life. Alas, attempting to do something about the abuses just seems to be a total waste of time.

Now, I don’t know what to make of the Customs and USDA bureaucratards and the havoc they wreak.

But regarding the NSA’s tyrannical criminality, some people suggest that because the federal government won’t protect the American people from its own predation, the states will have to make new laws for the NSA to follow.

Well, that’s not particularly realistic, given that if the NSA won’t obey the law or the Constitution which the agents have sworn to obey, then why should we expect them to obey any laws passed by the states?

These are yet more examples of the freedom that secession and decentralization would bring about, as Kirkpatrick Sale recently discussed.

I know, a lot of readers reject those ideas, mainly out of fear of risks.

“Leaving the nest,” if you will, is often a big risk and many people would prefer to stay home in the comfort of their “protected” dependence on the big momma government, even if said home is now a prison.

Many people say that, yes they wouldn’t mind getting rid of most of the federal government, including the USDA, Departments of Education and Energy, and the IRS.

“But it’s foreign policy I worry about. We need to be protected from terrorism.”

And I respond by saying that we wouldn’t have the terrorism, including and especially the so-called Islamic-based terrorism, if our government imbeciles didn’t cause it to occur.

But when I assert that, there are just too many Americans who hear “It’s America’s’ fault,” “We asked for it,” even though that it not what I’m saying.

But that is what they hear because a lot of people are ignorant of the real truth of history and current events. Their thinking reflects government propaganda to sell the people what the corrupt bureaucrats want the people to hear.

Sadly, many people really are indoctrinated to react reflexively when hearing suggestions that our own government’s actions before 9/11 (and since then) actually provoked foreigners to want to retaliate or even take extreme measures against civilians out of desperation.

Sadly, many people think it an absurd comparison, the question as to what we would do if a foreign regime invaded our territory, and murdered innocent civilians here and occupied our lands. 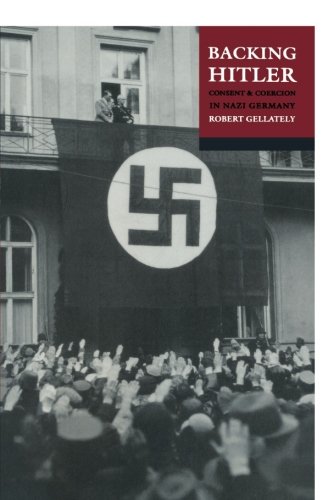 Most people don’t want to acknowledge the truth of what our government has been doing for many decades.

Even members of the “intelligence” community are out of touch and brainwashed with this myth of “American Exceptionalism.”

Attempts to explain things rationally are discouraged by an easily-manipulated majority of the population who faint at the sight of a military uniform and who approves of door-to-door warrantless searches of their own homes.

Many people are so emotionally incapable of questioning the actions of our so-called leaders, because their unthinking obedience has been so ingrained and reinforced by 12 to 16 years of government-controlled schooling, the American State News Media (a.k.a. mainstream media), and pop culture which consist of the worst of the worst who are idolized by zombies. (“Hmmm. What is this ‘classical music’ thing? Never heard of it.”)

So, rather than having the emotional strength to overcome such self-inflicted enslavement and de-programming oneself from such State-obedience, and confront the fact that our government has been creating and fomenting terrorists overseas and at home to justify the bureaucrats’ fat paychecks and their criminal predations, many Americans instead accept, welcome, celebrate, and worship their own subjugation, the government’s rape of the people’s bodies at airports and elsewhere, its criminal intrusions of their privacy and compromising of their security, and for no good reason.

It is unfortunate that the majority of the American people are going to learn the hard way that our Rulers are not only stupid, but evil.

Perhaps then will the people accept secession!

A Shrine to War and Militarism?The Mystery of Gold