A Childhood in Athens

It is common for aging men, worn by the long years of drinking and skirt.chasing and strenuous dissolution in the fleshpots of Asia, or any available fleshpots, to remember their youth in roseate hues that never were. But, dammit, we really did go barefoot. And had BB guns. And the dog could go anywhere it damned well pleased, and come back when it chose.

Athens, Alabama in 1957 was a small Southern town like countless others in Dixie with a statue of a Confederate soldier on the town square and little evidence of government of any kind, which was well since it didn’t need any. While the South had not fared well in its ardent resistance to Federal regulation a century earlier, still there was little meddling by Washington in my years there. The South’s martial displeasure with federal intrusion was remembered, though: When I moved down from Virginia, I was to other kids “the damyank on the corner” until I learned to wrap words in a comfortable padding of syllables, as God commanded.

On the square. While Southerners are the most patriotic and martial of Americans, they have the least use for Washington. In which I heartily concur. Photos: FOE Staff.

Although my father was a mathematician at Redstone Arsenal in Huntsville, and perhaps entitled to social pretensions, he didn’t have any. Consequently I lived as a half-wild disciple of Tom Sawyer. So did most of the town’s boys. Come summer, we at first tentatively abandoned shoes. No one thought this odd, because it wasn’t.  Soon our soles toughened to leather and we walked everywhere, even on gravel, without ill effect.

And nobody cared. Oh sweet age of nobody cared.  Child Protective Services didn’t show up, officious passive-aggressive snots, to carry my parents away. Today they would, droning censoriously of hygiene and worms and crippling cuts from broken glass and parental irresponsibility.

Many of my friends lost feet to these perils. To this day you can see them rolling about in wheel chairs in their dozens.

Foot-nekkid and fancy free, we went to the Limestone Drug Store on the town square, piled our ball mitts and BB guns inside the door, and read comic books for hours. The owner, a frizzzly redhead man in his seventies whom we knew only as Cochie, liked little boys. Today this would be thought evidence of pedophilia and he would be required to undergo therapy and wear an ankle bracelet. Actually, Coochie just liked kids. And since it was his store, nobody at corporate got his panties in a knot because the comic books were read into virtual dust without ever being bought. The federal government had not yet regulated small-town soda fountains to protect us.

Still there, fifty-seven years later. Much changed inside but the current owners, whoever they are, had the decency to preserve the orignial soda fountain.

The devastating plagues that swept the South in those years, mysteriously unrecorded, were doubtless the result of bare feet in Limestone Drug.

BB guns, I said. We all had them. Most were the Red Ryder model, costing I think $4.95 in as-yet uninflated currency. Mine was the Daisy Eagle, a more glorious version with a plastic telescopic sight. Every corner store sold big packs of BBs. We went everywhere with these lethal arms, often with a ball glove hung of the barrel for convenient carrying.

Today children of six years are led from classrooms in handcuffs for merely drawing a rifle (curious in the world’s most militarily aggressive country). I suppose we would have been executed for actually having one. But, as I say, the saving benefits of federal counsel had not yet reached Athens.

What did we do with these weapons? First, we didn’t shoot each other, or anyone else. We weren’t stupid. Stupidity properly comes with adolescence, and then is directed into drink and insane driving, as it should be.

A BB gun provides excellent training in marksmanship because you can see over the sights the little coppery pellet arching into the distance. It produces an eye for elevation and windage that shows up on the rifle ranges of Parris Island.

I remember afternoons of shooting cotton-mouths from the rusting iron bridge over the creek near the Valley Gin Company, no longer existent. (In the South, “gin” means a place that takes seeds out of cotton, instead of vodka made unpalatable by the addition of juniper juice.) Further, we tried to shoot dragon flies that flitted in iridescent blues and greens among the swamp weeds, wings making a papery rustle. Usually we missed. These insects, known in varying locales as the Devil’s darning needles, snake doctors, or ‘skeeter hawks, are elusive.

Today they would be a protected species. Buying a BB gun would require proof of adulthood, capacity would be restricted by federal law to six BBs, the purchase of which would require registration and a waiting period. In 1957 Athens figured that BB guns were none of

the government’s goddamed business. The concept has been forgotten.

However, regulation is not without reason. If you walk around the town square today, you will notice that perhaps just over half of the men are blind in at least one eye from BB wounds, as they roll about in wheel chairs because of feet lost to going barefoot.

My pooch at the time was Penny, an agreeable gal dog given to occasional promiscuity. This was only human of her.  She was a cross between something and something else, as dogs should be. I do not like snooty purebred dogs who eat only at the finest restaurants and probably have psychiatrists.

At night Penny sometimes slept on the foot of my bed, common in those days. When she wanted to go out, she scratched at the door, and went. I don’t know where she went. She was a grown dog, competent to manage her affairs. When she returned, she scratched, and came in. This did on two occasions result in new little dogs, but no system is perfect

Pretty much identical to our house, now gone, but ours was without the flags. 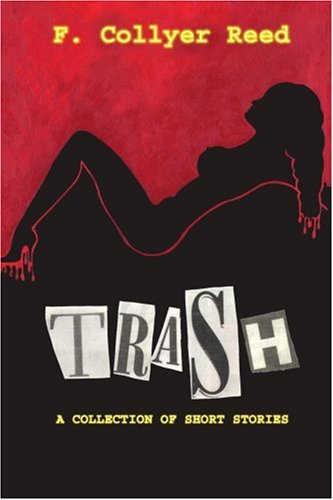 Today she would require a license, vaccinations, enrollment in Obamacare, and an implanted chip so NSA could protect her from terrorists (always common in Athens). She would have to be constantly on a leash, like all other Americans, and Child Protective Services would carry my parents away for letting her sleep on my bed.

This would be for our own good. Statistics from the Centers for Disease Control show that between 1950 and 1960, 1.2 million Southern children died of dog poisoning. Further, unleashed dogs like Penny frequently killed and ate old people rocking on their porches. I didn’t understand that when Penny licked my hand, she was checking for flavor.

Previous article by Fred Reed: The Pursuit of Forced Amity

Mussolinism in the 21st Century The National Security State