Christian Employees of the State, Resign!

In spite of the obvious signs to the contrary, many of my Christian brothers and sisters continue to look upon the state as a savior of sorts. This leads them into the contradictory position that, while the aims of the state are at odds with their faith, they continue to support those very aims by remaining employed by the state or encouraging Christian youth to seek positions inside the belly of the beast.

Attorney Michael Farris is a passionate, dedicated defender of homeschooling.  In this role, he founded the Home School Legal Defense Association as a means to provide homeschooling parents, such as me, with a voice that argues before one tentacle of the Leviathan – the judiciary – that the other tentacles must cease their slithering invasions into the very private matter of educating children.

This is the good Michael Farris.

But like a specter formed by a philistine, Marxist playwright, Farris, in a completely different role, breathes life into the very contradiction that may someday turn the fundamental right to homeschool on its head.

You see, Farris is also the founder of Patrick Henry College. As such, he “prepares students to be outstanding public servants, whether in foreign policy, domestic policy, the academic sphere, or the intelligence community.” So it is likely, very likely, that Patrick Henry graduates are apparatchiks of the very same office of the bureaucracy he fights in court.

Currently, none of those graduates are the face of the administration. So Farris – as well as many of my fellow homeschoolers – still delude themselves into blaming Obama and Holder for leading the charge to revoke asylum previously granted to the Romeike family from Germany – a Christian homeschooling family who fled Germany’s mandatory education laws for the supposed land of the free.

However, and this is important, Obama and Holder do nothing – nothing. Oh, they may issue edicts to their underlings, but neither will research or argue this case. And neither will, should the family lose, march them back to

Germany in violation of liberty.

Just as in Germany seven decades ago, the vile actions of the administration are carried out by those who are seemingly banal. And many of those in the halls of DC are Christian brothers and sisters to the Romeike family. But they will act nonetheless – all in accordance with Farris’s goal of “outstanding public service” – and perform whatever tasks are assigned them, even if those very tasks harm a Christian family whose mother and father simply seek to educate their children in accordance with their beliefs.

Let’s be clear and honest here: A recent Patrick Henry graduate, in service to the state, saddled with an $80,000 student loan, is not going to make waves. No protests, nothing. Why? That government job – the stated goal – is the means to settle the debt and live a good, easy life. Better to do the assigned task, all the while justifying it as the law of the land, than to act in a manner that will conclude a career sold by Farris as an admirable aspiration.

Any argument that those graduates will use the skills acquired from Patrick Henry to reshape the position of the administration is as false as it is vulgar. The skills acquired will support the bureaucracy, nothing else. 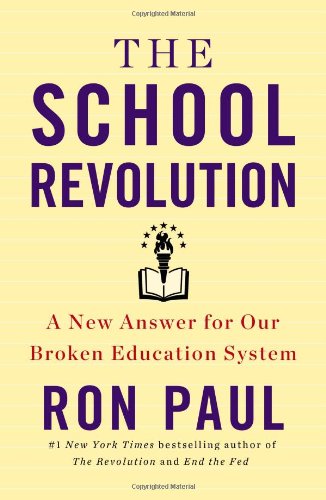 There will be no regeneration from within – no organic, rank-and-file Great Awakening in the drab offices overlooking the Potomac. It will be business as usual, with Christian apparatchiks bending to the whims of the state, not the other way around.

And how could it be otherwise? “Outstanding public service” is defined as service to the state. Farris is raising sons and daughters to serve the state – and to serve it against all others.

So the good Farris, the Romeikes, and other Christian homeschoolers, face the state in order to live out their faith. That fellow Christians serve the state in opposition should give us pause.

If you are a Christian looking for a life in public service (i.e., in service to the public), enter the private sector and produce the goods and services the public needs. Do not let the bad Farris lead you into the bowels of the bureaucracy. And if you are a Christian serving the state, recognize that the law of the land is temporal, so do not let it be a stumbling block to the faith of your brothers and sisters in Christ.

Christian Employees of the State, Resign!