The Smell of Fear

Either as a result of their hyper-acute sense of smell, or an instinctive ability to decipher behavioral cues, dogs have an uncanny ability to detect fear. Owing to the relentless indoctrination they undergo regarding the primacy of “officer safety” and the supposedly all-encompassing threat environment in which they operate, cops exude a dense musk of fear that dogs can probably detect. This might help explain why casual encounters between dogs and cops frequently end with the dog being shot and left to die.

On October 7, Cherrie Shelton of Albany, Georgia saw Patches, her two-year-old Jack Russell Terrier, gunned down by a probation officer named Antoine Jones on her front porch. Shelton began to explain that the tiny dog – who posed no conceivable threat to anybody – didn’t bite. By that time, however, Jones had already pulled out his gun and taken aim. He fired a single round that entered the dog’s left side, exiting through its stomach.

Shelton spent a half-hour desperately trying to save her dog. When she angrily demanded to know why Jones – who had visited the home before – shot the harmless dog, the 300-pound emissary of the tax-fattened class insisted that the 12-pound Jack Russell Terrier made him “fear for his life.” The Georgia Department of Corrections later issued a statement saying that its valiant officer had “acted appropriately” by slaughtering a dog that posed no threat.

On October 20, it was Boise resident Gabrielle Stopkai’s turn to watch as a police officer gunned down the family dog, a mixed-breed named Kita. The officers had visited the neighborhood following a reported robbery, but were not responding to that call when they passed by Stopkai’s home. Two weeks earlier, the five-year-old dog had given birth to a litter of six puppies, and she had become predictably apprehensive when strangers would approach.

The officers claimed that Kita had “charged” them, snarling and acting “aggressively.” Stopkai and other witnesses insist that the dog’s behavior, while territorial, wasn’t threatening. The encounter lasted five seconds, ending when an officer fired a single shot into the back of Kita’s head from a distance of about three feet. Among those who witnessed this act of casual cruelty was Stopkai’s two-year-old son.

According to Stropkai, the Boise Police Department told her they wouldn’t even bother to investigate the actions of its officers, because the reflexive destruction of her dog is within department policy.

“As with every citizen, a person has the right to defend themselves,” sniffed Boise PD information officer Charles McClure. This is true, but irrelevant. Anybody not wearing the habiliments of the state’s punitive priesthood would be required to demonstrate that the dog had posed a genuine threat, and would face civil and criminal liability for the gratuitous destruction of another individual’s property.

Police are supposedly bold and intrepid defenders of the public weal, yet every time a cop guns down a dog we’re told, in effect, that officers are uncommonly timid and high-strung creatures who are all but paralyzed with fear at the approach of an unfamiliar canine. 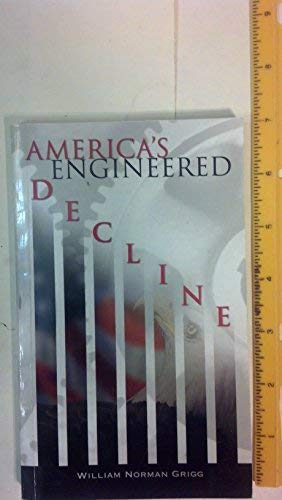 We never hear or read about people who provide useful services being “forced” to defend themselves against supposedly aggressive dogs by killing them. Yet “puppycide” by police is something that occurs every day.

The critical variable is not the behavior of the dog, but the sense of impunity granted to police officers. They don’t shoot dogs because they have to, but because they can.

Police consider themselves entitled to shoot any dog that barks in their direction. They likewise claim the supposed authority to arrest and prosecute any Mundane who “threatens” or “distracts” a police dog – or, as they would describe the creature, “K-9 officer.”

It’s common for police departments to hold retirement ceremonies for police dogs – in fact, the day after two Boise police officers gunned down Kita, the department announced the “retirement” of a drug detection dog named K.C. Retired police dogs are frequently given official funerals, and sometimes listed in the roster of “fallen officers.”

Not surprisingly, things are handled much differently when a police dog inflicts actual injury on a member of the productive class.

A police dog in Brazil, Indiana attacked an 11-year-old boy and mangled his leg during a War on Drugs agitprop event at the county courthouse. The officers immediately reacted to this assault by drawing their service revolvers and gunning down the dog. No, of course they didn’t: The official response was to cut the victim in for a share of the blame.

“One of the children – an 11-year-old male – had moved quickly,” insisted Brazil Police Chief Clint McQueen. “The dog responded quickly, grabbed the boy’s leg, which caused a couple of puncture wounds. It was only a few seconds before officers had control of the dog, got him to release the bite.”

That precious interval – “a few seconds” – is all it takes for officers in different circumstances to shoot any dog that barks at them, or appears ready to do so. Rather than being destroyed immediately, the police dog was taken out of service for evaluation. McQueen promises that it won’t do “police work” until test results are available. Neither retirement nor destruction of the officially licensed

attack dog appears to be an option.

Because this “unfortunate accident” – as McQueen described the event – involved an “officer,” the doctrine of “qualified immunity” will protect the handler from civil liability for the injury inflicted on the child.

“This is just one of those unfortunate accidents,” Mears said, no doubt with a “sucks to be you” shrug.

Julia Klooserterman was walking with her four children in nearby Lowell, Indiana when a dog in a neighbor’s yard charged at them. Rather than pulling out a handgun and killing the animal, the mother interposed herself, shielding her children with her body. She couldn’t protect all of her children. Aik charged the group from the rear, knocking one of the children to the ground and biting him on the neck.

The dogs are owned by Lynwood Police Officer Brandin Fredericksen, who was not on duty at the time of the attack. Lowell Police Chief Erik Matson told the Chicago Sun-Times that the matter was closed once Fredericksen provided rabies documentation to the police.

Lynwood Chief Mears blithely assured the Sun-Times that Aik is a “social dog” that has “participated in demonstrations with the public without incident” since mauling the child. If Aik had been a privately owned pet that so much as growled at a member of Mears’ department, it would be dead.

Any encounter with a strange dog can leave a person unsettled. This is true of postal carriers, private delivery and service personnel, and police officers. But only cops consider themselves entitled to shoot dogs on sight. Apparently, there is something about being given a badge and a government-issued costume that brings out the latent cowardice in people thus attired.

Previous article by William Norman Grigg: Shooting an Old Man in His Bed