Are Guns the Problem?

Every time there’s a shooting tragedy, there are more calls for gun control. Let’s examine a few historical facts. By 1910, the National Rifle Association had succeeded in establishing 73 NRA-affiliated high-school rifle clubs. The 1911 second edition of the Boy Scout Handbook made qualification in NRA’s junior marksmanship program a prerequisite for obtaining a BSA merit badge in marksmanship. In 1918, the Winchester Repeating Arms Co. established its own Winchester Junior Rifle Corps. The program grew to 135,000 members by 1925. In New York City, gun clubs were started at Boys, Curtis, Commercial, Manual Training and Stuyvesant high schools. With so many guns in the hands of youngsters, did we see today’s level of youth violence?

What about gun availability? Catalogs and magazines from the 1940s, ’50s and ’60s were full of gun advertisements directed to children and parents. For example, “What Every Parent Should Know When a Boy or Girl Wants a Gun” was published by the National Shooting 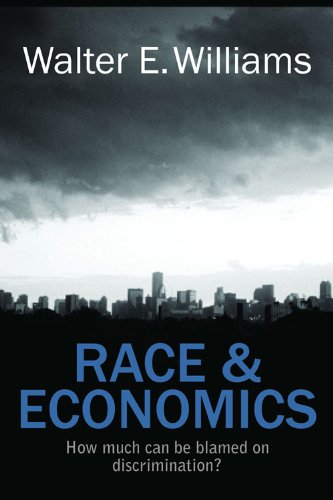 Sports Foundation. The 1902 Sears mail-order catalog had 35 pages of firearm advertisements. People just sent in their money, and a firearm was shipped. For most of our history, a person could simply walk into a hardware store, virtually anywhere in our country, and buy a gun. Few states bothered to have even age restrictions on buying guns.

Those and other historical facts should force us to ask ourselves: Why — at a time in our history when guns were readily available, when a person could just walk into a store or order a gun through the mail, when there were no FBI background checks, no waiting periods, no licensing requirements — was there not the frequency and kind of gun violence that we sometimes see today, when access to guns is more restricted? Guns are guns. If they were capable of behavior, as some people seem to suggest, they should have been doing then what they’re doing now.

Customs, traditions, moral values and rules of etiquette, not just laws and government regulations, are what make for a civilized society, not restraints on inanimate objects.

These behavioral norms — transmitted by example, word of mouth and religious teachings — represent a body of wisdom distilled through ages of experience, trial and error, and looking at what works. The benefit of having customs, traditions and moral values as a means of regulating behavior is that people behave themselves even if nobody’s watching. In other words, it’s morality that is society’s first line of defense against uncivilized behavior.

Moral standards of conduct, as well as strict and swift punishment for criminal behaviors, have been under siege in our country for more than a half-century. Moral absolutes have been abandoned as a guiding principle. We’ve been taught not to be judgmental, that one lifestyle or value is just as good as another. More often than not, the attack on moral standards has been orchestrated by the education establishment and progressives. Police and laws can never replace these restraints on personal conduct so as to produce a civilized society. At best, the police and criminal justice system are the last desperate line of defense for a civilized society. The more uncivilized we become the more laws are needed to regulate behavior.

What’s worse is that instead of trying to return to what worked, progressives want to replace what worked with what sounds good or what seems plausible, such as more gun locks, longer waiting periods and stricter gun possession laws. Then there’s progressive mindlessness “cures,” such as “zero tolerance” for schoolyard recess games such as cops and robbers and cowboys and Indians, shouting “bang bang,” drawing a picture of a pistol, making a gun out of Lego pieces, and biting the shape of a gun out of a Pop-Tart. This kind of unadulterated lunacy — which focuses on an inanimate object such as a gun instead of on morality, self-discipline and character — will continue to produce disappointing results.

Previous article by Walter E. Williams: The Market vs. Criminals and Cheats