Obama, the US Liar-in-Chief

Forget diplomatic protocol: When a government is outrageously pushing the world into a criminal war based on a crock of lies, that government and its representatives forfeit the customary right to diplomatic niceties.

When truth is being twisted with rhetoric and bombast, then it is incumbent to untwist it with simple words.

Russian President Vladimir Putin is right. The American Secretary of State John Kerry is a barefaced liar. And it’s not just Kerry. President Barack Obama is an even bigger liar, and so is the entire White House administration, including Defense Secretary Chuck Hagel and Chairman of the Joint Chief of Staff General Martin Dempsey.

All of them are lying through their teeth about the forthcoming American criminal war of aggression on Syria, claiming

that it is “limited” and “punitive.” Not that such description would make a military assault on Syria any less criminal. But the fact is that the US is gearing up for an all-out war on the Arab country. That American leaders are trying to play down the onslaught they are intending to unleash on the people of Syria belies their depth of deception and their real criminal agenda.

If these leaders in Washington cannot even tell the American people about what the real military contingency plans are for Syria, why should we believe them on all their other claims about chemical weapons used in that country. It’s a con trick, and the American people know it. Moreover, Liar-in-Chief Barack Obama and his partners-in-crime know that the people know it.

That is why the White House is going on a “media blitz” this week, with Obama and his top aides saturating the television networks in a bid to convince the American public and Congress to back its plan to launch a military attack on Syria – a country of 22 million people, a third of whom are refugees, which does not pose any threat to the US.

It really is saying something of the collapsing legitimacy of the US presidency when foreign leaders such as Vladimir Putin or even Syria’s President Bashar al-Assad – the latter vilified as a despotic tyrant – project more moral authority and credibility to the American people than their own leaders do.

The American people are right. American governments, and the Obama administration in particular, are chronic liars. They have lied about every past and recent overseas military intervention, from Kosovo to Afghanistan, from Iraq to Libya, and the supposed humanitarian or security reasons that allegedly motivated these wars.

American wars have bankrupted the country’s economy, forcing millions of US citizens into poverty, and have greatly worsened the humanitarian suffering in the targeted countries. American wars have trashed international law and increased global insecurity. They 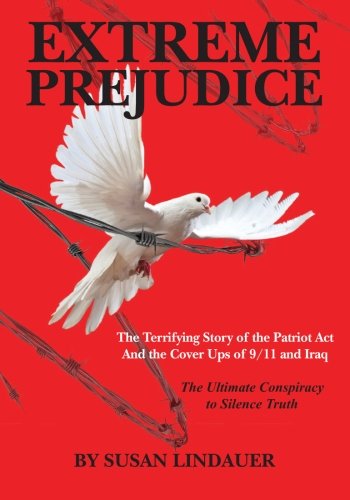 have created the exact despicable opposite of what they claimed to seek.

The latest Big Lie is the White House telling the American people and the world that the US is “not going to war” in Syria.

President Obama says: “This would not be another Iraq or Afghanistan.

There would be no American boots on the ground. Any action we take would be limited, both in time and scope – designed to deter the Syrian government from gassing its own people again and degrade its ability to do so.”

US top diplomat John Kerry spun the lie to gossamer thinness while on a visit to London this week when he said: “We are not going to war. It is about holding [Syrian President] Bashar al-Assad accountable in a very limited, very targeted, very short-term action… on an unbelievably small scale.”

Right there, that is the pathetic, contemptible voice of a chronic liar who has lost the cognitive ability to realize how ridiculous he sounds.

What the US Congress is voting on this week is a resolution that would give Washington a 90-day period to strike Syria at will. The resolution also contains provisions for indefinite prolongation of the military attacks and for sending in US troops under the guise of “search and rescue missions.”

While on the one hand the White House talks about “very limited, targeted punitive strikes to deter chemical weapons” in order to con Congress to vote Yes, on the other hand the evidence and the White House’s own words speak of an all-out war on Syria.

Four US Navy destroyers off the coast of Syria are equipped to launch 200 Tomahawk cruise missiles. On its way to Syrian waters are the USS Nimitz aircraft carrier and another battle group of three destroyers.

US officials have told The New York Times and others that the plan is to launch “the vast majority of those missiles.”

US Defense Secretary Chuck Hagel told Congress last week that the cost of the American military campaign would be “tens of millions of dollars.” Well, that’s another lie, aimed at playing down the crime. The above US navy launch of at least 400 cruise missiles at a cost of $1 million each puts the war bill at $400 million. And that’s not counting all the other costs to implement those strikes.

In addition, media reports say that the US is planning to deploy long-range B-52 and B-2 bombers from North America, as well as B-1s based in Qatar in the Persian Gulf. All of these aircraft are capable of launching cruise missiles from outside Syrian airspace to avoid Syria’s defense systems. At a conservative estimate that brings the cost of war up to near $1 billion – or a hundred-fold more than what Hagel claimed.

The point is that the White House and Pentagon are preparing for a full-scale war, not some kind of limited, punitive action.

The New York Times reports: “Mr Obama… is now determined to put more emphasis on the ‘degrade’ part of what the administration has said is the goal of a military strike against Syria – to ‘deter and degrade’ Mr Assad’s ability to use chemical weapons. That means expanding beyond the 50 or so major sites that were part of the original target list.”

Yet, incongruously, the American media quote Obama as saying elsewhere: “I’m not itching for a military action [in Syria].”

The ABC news channel reported more on the expanded list of targets in Syria that Obama is drawing up with his generals: “According to [General Martin] Dempsey military planners were focusing on targets directly linked to the control of chemical weapons but without exposing those chemical weapons to a loss of security. Secondly, the means of delivery and the third, those things that the regime uses – for example, air defense, long-range missiles and rockets – in order to protect those chemical weapons or in some cases deliver them.”

That open-ended list – wrapped up in false talk about chemical weapons – just about covers every military installation in Syria and much more, including obliteration of civilian infrastructure and mass murder. How many times have we heard this nonsensical cynical charade before?

Think about it. Even if American secret intelligence accusing the Assad government in Syria of using chemical weapons were true, which it is not according to independently verifiable Russian reports and many other international sources, the massive military American build-up is in no way plausibly “limited” or “punitive”?

It is absurd to claim otherwise. Yet, that is what Liar-in-Chief Barack Obama and his lieutenants are telling the American people and the world. They are telling barefaced lies about their criminal regime-change plan towards the sovereign government of Syria involving a full-scale war of aggression and possibly thousands of deaths due to “collateral damage.”

If Liar-in-Chief Barack Obama can’t even come clean on a war build-up that is staring the whole world in the eyes, nothing, absolutely nothing, he and his White House says should be given the slightest respect. Far from it; Obama and his cabal in Washington should be hauled off to face a Nuremberg trial.

Reprinted with permission from Press Tv.

What on Earth Are they Spraying on Us?Mini Revolvers