Milk Thistle for a Healthy Prostate

Many older guys think that prostate problems just come with the territory as they age. It’s looked at one of those things that “just happens” and as common as prostate problems among aging men are, it’s no wonder many have just accepted it as their fate. This doesn’t necessarily have to be the case. There are a few herbs, including saw palmetto and stinging nettle, that are known to support prostate health. Additionally, research has shown that milk thistle possesses potent flavonoids that promote prostate health and hormone balance in men. Even better, recent research has found milk thistle’s effect goes beyond prostate support and it also can be beneficial to liver and gall bladder function, especially for men.

What are the active compounds in milk thistle? Its flavonoids. The flavonoids in milk thistle are generally referred to as silymarin. In fact ‘silymarin’ and ‘milk thistle’ are often used interchangeably. The primary compound in silymarin which has attracted much attention recently is known as silibinin and the studies conducted on isolated silibinin have found it provides protective effects for the prostate.

Research has indicated silibinin controls protein development to ensure prostate cells function properly as a man ages. Additional compounds, known as flavolignons, have also been identified as a powerful protective agent for the prostate. These flavolignons combined with the potency of silibinin have prompted researchers to take note of the potent one-two punch of milk thistle and its effect on prostate health. 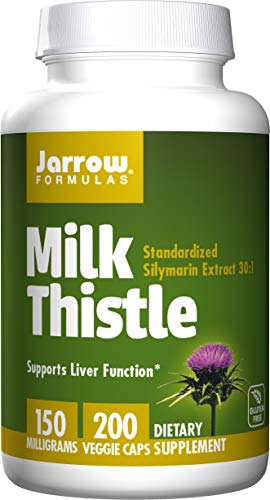 Previous article by Edward Group: Are You Iodine Deficient?