If Men Were Angels

[Excerpted from “If Men Were Angels,” Journal of Libertarian Studies, 2007.]

In The Federalist No. 51, arguably the most important one of all, James Madison wrote in defense of a proposed national constitution that would establish a structure of “checks and balances between the different departments” of the government and, as a result, constrain the government’s oppression of the public. In making his argument, Madison penned the following paragraph, which comes close to being a short course in political science:

The great security against a gradual concentration of the several powers in the same department, consists in giving to those who administer each department the necessary constitutional means and personal motives to resist encroachments of the others. The provision for defense must in this, as in all other cases, be made commensurate to the danger of attack. Ambition must be made to counteract ambition. The interest of the man must be connected with the constitutional rights of the place. It may be a reflection on human nature, that such devices should be necessary to control the abuses of government. But what is government itself, but the greatest of all reflections on human nature? If men were angels, no government would be necessary. If angels were to govern men, neither external nor internal controls on government would be necessary. In framing a government which is to be administered by men over men, the great difficulty lies in this: you must first enable the government to control the governed; and in the next place oblige it to control itself. A dependence on the people is, no doubt, the primary control on the government; but experience has taught mankind the necessity of auxiliary precautions.[1]

The passage that refers to the angels is a rhetorical masterpiece, so memorable that it has become almost a cliché. In Madison’s argument, however, it does more than emphasize that human nature is something less than angelic. It also serves as a springboard that propels Madison directly into a consideration of “framing a government which is to be administered by men over men,” which is “but the greatest of all reflections on human nature.”

In short, it moves Madison directly to a consideration of government as we have known it for the past several thousand years — a monopoly operating ultimately by threat or actual use of violence, making rules for and extracting tribute from the residents of the territory it controls. Henceforth, for clarity, I refer to this all-too-familiar type of organization as “the state.”

Perhaps everyone will agree that if we were all angels, no state would be necessary, and if angels were the governors, they would require neither internal nor external constraints to ensure that they governed justly. In terms of Table 1, we would be indifferent between the two cells in the first row.

In Madison’s mind, the no-state option was inconceivable, for reasons he expressed obliquely when he wrote:

In a society under the forms of which the stronger faction can readily unite and oppress the weaker, anarchy may as truly be said to reign as in a state of nature, where the weaker individual is not secured against

the violence of the stronger; and as, in the latter state, even the stronger individuals are prompted, by the uncertainty of their condition, to submit to a government which may protect the weak as well as themselves; so, in the former state, will the more powerful factions or parties be gradually induced, by a like motive, to wish for a government which will protect all parties, the weaker as well as the more powerful.[2]

Thus, Madison, apparently following Locke, believed that individuals would not choose to remain in a stateless condition and would submit to the authority of a state in order to attain greater security of person and property. Countless other thinkers over the years have reasoned likewise, as Mancur Olson did in his final book when he concluded, “If a population acts to serve its common interest, it will never choose anarchy.”[3]

Disorder, Liberty, and the State

Nothing is more common than the assumption that without a state, a society will fall necessarily and immediately into violent disorder; indeed, anarchy and chaos are often used as synonyms. TheRandom House Dictionary gives the following four definitions for anarchy:

Suppose, however, that the situation described by the third definition were not merely an ideal, but a genuine possibility, perhaps even a historically instantiated condition. 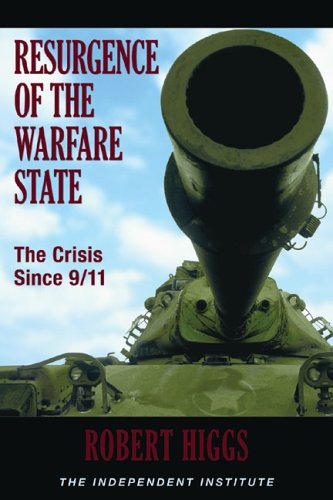 Locke, Madison, Olson, and nearly everybody else, of course, have concluded from their theoretical deliberations that the stateless option cannot exist — at least, not for long — because its deficiencies make it so manifestly inferior to life in a society under a state. The alleged absence of significant historical examples of large, stateless societies during the past several thousand years buttresses these theory-based conclusions: just as “the poor we have always with us,” so except among primitive peoples, society and the state are taken to have always coexisted.

One need not spend much time, however, to find theoretical arguments — some of them worked out in great detail and at considerable length[4] — about why and how a stateless society could work successfully. Moreover, researchers have adduced historical examples of large stateless societies, ranging from the ancient Harappan civilization of the Indus Valley[5] to Somalia during the greater part of the past decade and a half.[6] Given the enormous literature that has accumulated on stateless societies in theory and in actual operation, we may conclude that, if nothing else, such societies are conceivable.[7]

In this light, both cells in the second row of Madison’s model must be seen as live options, whose most likely outcomes are, I suggest, as indicated in the More Realistic Model shown in Table 2:

Although I admit that the outcome in a stateless society will be bad, because not only are people not angels, but many of them are irredeemably vicious in the extreme, I conjecture that the outcome in a society under a state will be worse, indeed much worse, because, first, the most vicious people in society will tend to gain control of the state[8] and, second, by virtue of this control over the state’s powerful engines of death and destruction, they will wreak vastly more harm than they ever could have caused outside the state.[9] It is unfortunate that some individuals commit crimes, but it is stunningly worse when such criminally inclined individuals wield state

Lest anyone protest that the state’s true “function” or “duty” or “end” is, as Locke, Madison, and countless others have argued, to protect individuals’ rights to life, liberty, and property, the evidence of history clearly shows that, as a rule, real states do not behave accordingly. The idea that states actually function along such lines or that they strive to carry out such a duty or to achieve such an end resides in the realm of wishful thinking.

Although some states in their own self-interest may at sometimes protect some residents of their territories (other than the state’s own functionaries), such protection is at best highly unreliable and all too often nothing but a solemn farce. Moreover, it is invariably mixed with crimes against the very people the state purports to protect, because the state cannot even exist without committing the crimes of extortion and robbery, which states call taxation;[10] and as a rule, this existential state crime is but the merest beginning of its assaults on the lives, liberties, and property of its resident population.

In the United States, for example, the state at one time or another during recent decades has confined millions of persons in dreadful steel cages because they had the temerity to engage in the wholly voluntary buying and selling or the mere possession of officially disapproved products. Compounding these state crimes (of kidnapping and unjust confinement) with impudence, state officials brazenly claim credit for their assaults on the victims of their so-called War on Drugs.

State functionaries have yet to explain how their rampant unprovoked crimes comport with the archetype described and justified in Locke’s Second Treatise of Government. In vain do many of us yearn for relief from the state’s duplicitous cruelty: Where is the state of nature when we really need it?

An Application of the Precautionary Principle

In pondering the suitability of the More Realistic Model, we might well apply the precautionary principle, which has been much discussed (and nearly always misapplied) in recent years in relation to environmental policy. 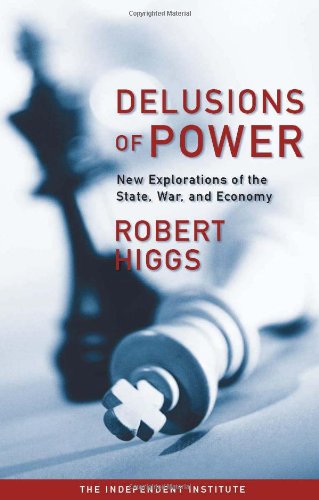 This principle holds that if an action or policy might cause great, irreparable harm, then, notwithstanding a lack of scientific consensus, those who support the action or policy should shoulder the burden of proof. In applying this principle to the state’s establishment and operation, the state’s supporters would appear to stagger under a burden of proof they cannot support with either logic or evidence.

Yet, almost incomprehensibly, people fear that without the state’s supposedly all-important protection, society will lapse into disorder and people will suffer grave harm. Even an analyst so astute as Olson, who speaks frankly of “governments and all the good and bad things they do,” proceeds immediately to contrast “the horrible anarchies that emerge in their absence,”[12] although he gives no examples or citations to support his characterization of anarchy. But the state’s harms — “the bad things they do” — are here and now, undeniable, immense, and horrifying, whereas the harms allegedly to be suffered without the state are specters of the mind and almost entirely conjectural.

This debate would not appear to be evenly matched. Defending the continued existence of the state, despite having absolute certainty of a corresponding continuation of its intrinsic engagement in robbery, destruction, murder, and countless other crimes, requires that one imagine nonstate chaos, disorder, and death on a scale that nonstate actors seem incapable of causing. Nor, to my knowledge, does any historical example attest to such large-scale nonstate mayhem. With regard to large-scale death and destruction, no person, group, or private organization can even begin to compare to the state, which is easily the greatest instrument of destruction known to man.

All nonstate threats to life, liberty, and property appear to be relatively petty and therefore can be dealt with. Only states can pose truly massive threats, and sooner or later the horrors with which they menace mankind invariably come to pass.

The lesson of the precautionary principle is plain: Because people are vile and corruptible, the state, which holds by far the greatest potential for harm and tends to be captured by the worst of the worst, is much too risky for anyone to justify its continuation. To tolerate it is not simply to play with fire, but to chance the total destruction of the human race.