A Dollar Mutiny Has Broken Out in the Global Currency Wars

I’ve been having breakfast at Cafe Manolo’s ever since I started coming to Panama, going on ten years now. They make the best ‘batido’ ever… it’s sort of like a milk shake crossed with a fruit smoothie. And it used to be ridiculously cheap. Not anymore.

Economists use a term ‘menu costs’ to explain why retail prices are ‘sticky’ and resistant to change. The analogy is that, even in the face of rising input costs, a restaurant owner will resist raising his prices because it costs a lot of money to print new menus.

Apparently someone forgot to explain this concept to Mr. Manolo. Rather than printing new menus, the staff at this once cheap establishment simply scratches out the old prices and scrawls in the new prices.

Without doubt, Panama is becoming very expensive. And if they handed out Academy Awards for inflation, I’m sure the first person that Panama would thank in its tearful acceptance speech would be none other than one Ben Shalom Bernanke, Ph.D. 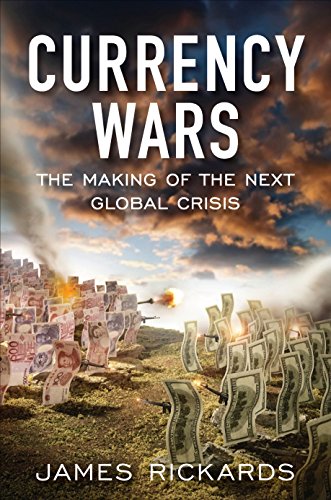 As you’re probably aware, Panama is a dollarized economy. In fact, since Panama’s independence was engineered by JP Morgan in 1903, the country has never circulated its own currency. Officially, Panama’s currency is the ‘Balboa’, though it has been pegged to the US dollar at parity since inception, and US dollar notes are the only currency in circulation.

In the old days, this was practically viewed as being on the gold standard. Panama has never had authority to print US dollars and expand the money supply, just like currencies backed by gold in the 19th century couldn’t simply conjure more gold out of thin air.

Decades ago when the dollar was actually a respected store of value, Panama’s dollarization really meant something. Today is a different story. Yet while Panama is still unable to print its own currency, Ben Bernanke obviously has no such restrictions.

The trillions of dollars that Bernanke has created over the last few years have made their way into the financial system and reduced the purchasing power of US dollars. Right now this is being felt acutely with respect to fuel prices denominated in USD.

The consequent rising prices hit dollarized countries like Panama very hard because there is no central bank here to monetize the debt and finance populist deficit spending.

About the Time I Went DeafIsrael Has 300 Nuclear Weapons