Longtime readers know that I don’t spend much time in the United States; I usually swing by for a month or so each year to visit friends and family, and the period in-between visits can often stretch 6 months or more.

This is sufficiently long enough that I notice a lot of changes… some so drastic that they hit me in the head like a baseball bat.

For example, just last week when I was at Los Angeles International Airport, the police set up a checkpoint outside the main entrance as if we were in downtown Baghdad driving into the Green Zone. 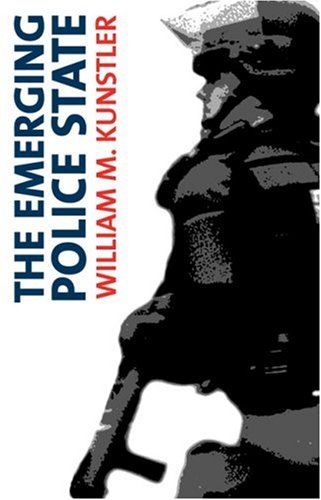 And I couldn’t believe my eyes when, driving down Santa Monica Boulevard last Wednesday, I saw a police urban assault vehicle modeled after a US Army mechanized infantry fighting vehicle. It’s designed for one thing: maximum destruction.

It’s truly appalling how police forces across the country have become militarized. The concept of ‘peace officer’ no longer exists. Police are now paramilitary forces who only protect and serve the political class.

Because I’ve been out of the country for so long, I notice these changes more acutely; it’s like diving in head first into ice-cold water as opposed to wading in slowly. And this rise of the police state is accelerating.

Here’s the thing – when you look around the world, you can see a lot of chaos and turmoil. Hardly a day goes by when there’s not multiple riots and protests in the western world being met with overwhelming force from the government.

The government is sending a clear message: “We are in charge.”

It’s no wonder that, according to a recent Gallup poll, a record-high 81% of Americans are dissatisfied with the way the country is being run. On a proportional basis, this is 25% higher than during the Watergate scandal.

What’s even more stark is that, according to the same poll, roughly HALF of Americans believe the federal government has become so large and powerful that it POSES AN IMMEDIATE THREAT to the rights and freedoms of ordinary citizens.

Previous article by Simon Black: Should You Open an Off-Shore Bank Account?

4 Rules To Make You Unpredictable Death by Doctor?