Recently by Simon Black: US Government Asset Seizures on the Rise

A few hundred years ago, some rather courageous men and women decided that they’d had enough of living under someone else’s rule– that the right of self-determination was stronger than any benefit or protection from living under a corrupt government.

The US Declaration of Independence eloquently posed the colonists’ grievances against King George III, including among others, that he had:

“erected a multitude of New Offices, and sent hither swarms of Officers to harass our people, and eat out their substance;”

“obstructed the Administration of Justice, by refusing his Assent to Laws for establishing Judiciary powers;”

“[deprived] us in many cases, of the benefits of Trial by Jury”

The Constitution was supposed to address all of these grievances as the Founding Fathers sought to create a government where no single branch or office had too much power. Even to this day, US government officials swear an oath to support and defend the Constitution against all enemies– foreign and domestic.

My guess is that most of them haven’t bothered to read it. 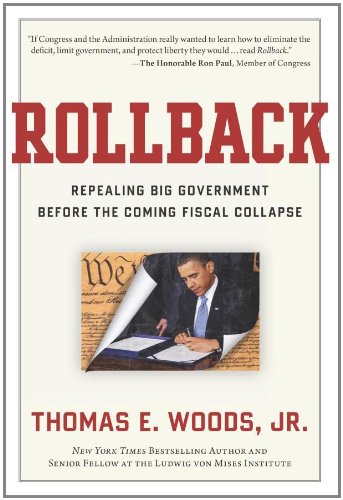 Take the Fish and Wildlife Service (FWS) under the US Department of Interior, for example. A few months ago, a government agent from FWS showed up to the home of an eleven-year-old girl with a federal summons in one hand and a citation for $535 in another.

The girl’s crime? Saving a baby woodpecker from being killed and eaten by the family cat. The bird’s mother was nowhere to be seen, so the girl (an aspiring vet) convinced her parents to let her care for it for a few days until the bird was well enough to fly away on its own.

It sort of echoes Thomas Jefferson’s line about King George having “erected a multitude of New Offices, and sent hither swarms of Officers to harass our people…” It seems not too much has changed.

What’s more, the agent obviously couldn’t come alone to confront an 11-year old girl and her mother. No, that wouldn’t be threatening enough. That’s why FWS requested to be escorted by a Virginia State Police Trooper who “stood on the porch and said nothing.”

It’s government fear and intimidation tactics at their best… a far cry from supporting and defending the Constitution.

Previous article by Simon Black: US Government Asset Seizures on the Rise

Tired? Feeling Ratty? You Could Be Running Low on Vital Nutrients Bone-Up