Recently by Simon Black: It's Another Assault on RetirementAccounts

Ancient Greek mythology tells the tale of Odysseus, the heroic king of Ithaca whose 10-year journey home after the Trojan War became one of the world’s most famous epics.

At one point in the journey, his ship was heading straight for two deadly hazards – on one side was Scylla, a six-headed monster disguised as a giant rock, and on the other side was Charybdis, a sinister whirlpool born from the sea god Poseidon.

The perils were close enough to pose an inescapable threat to ships passing through, forcing the captain to choose between the two evils. A Latin proverb from this story, “incidit in scyllam cupiens vitare charybdim” (he runs on Scylla, wishing to avoid Charybdis), is now “between a rock and a hard place” in modern English.

This is exactly where the entire world finds itself right now. With confidence vanishing, markets panicking, and entire nations going bankrupt, ultimately there are no good solutions… and thinking people need to understand some simple truths about the situation: 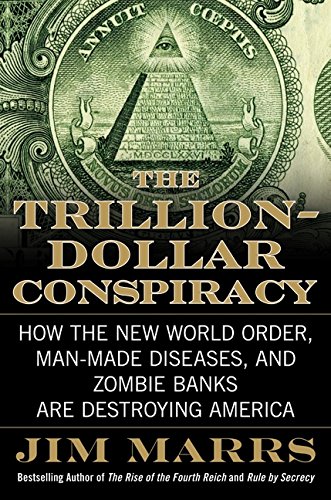 1) America’s credit rating was punished by S&P because US politicians failed to reach an adequate solution to the country’s massive debt woes which are nearing 100% of GDP. Investors reacted by buying the Japanese yen – a country whose sovereign debt rating is two steps below the US, and at 220% of GDP, over twice as indebted!

Not to mention, Japan has burned through 4 prime ministers and 8 finance ministers just in the last four years. This is not exactly a country whose government has a successful track record of dealing with its problems.

How does this make any sense? That’s like firing an employee who gets drunk on the job and replacing him with a gun-toting heroin addict. Yet faced with a universe of bad choices, investors will pick the one which appears to be the “least worse.”

This approach is sure to create even more gross misallocations of capital down the road.

2) World governments have gone on the offensive against S&P, slamming the rating agency and trying to discredit the firm’s financial calculations without acknowledging the underlying premise – that America lacks a credible plan to deal with its crisis.

Leaders from countries as diverse as France, South Korea, and even Russia have all shrugged off the downgrade and publicly reiterated their confidence in the United States.

Previous article by Simon Black: A Lesson From the Dying Post Office

Why Do You Feel So Tired? There Could Be a Serious Illness Behind Your Exhaustion Your Gallbladder May Have Problems