Voting: The 'God' That Failed!

"It is morally tragic whenever a citizen's only choice is between two wrongdoersu2014that is, between two trimmers.

I am constantly amazed by my fellow citizen's reverence for voting. This blind worship for this worthless endeavor is troubling to say the very least, but nonetheless firmly entrenched in the minds of the masses. Almost from birth in this country, we are taught that voting is a "sacred" right, a right so important as to be one of, if not the greatest right. I must not have been indoctrinated properly by the government school system, as I consider the most sacred rights as those natural rights to life, liberty, and property, certainly not casting a ballot for one or another criminal in politics.

I consider voting today only as an avenue that allows one group to legally plunder another, and a process that fully legitimizes a corrupt political system. Those who vote are obviously supportive of the political process and the political actions taken in this country, and are responsible for those they elect, and for what they do in office. This is why I think the old adage that "those who do not vote have no right to complain" is backward. Those who vote to allow the political carnage are the ones responsible for the problems, while those who don't vote have nothing to do with electing criminal politicians. Therefore not voting is in and of itself a political statement denouncing the system, while voting shows favor of that same nefarious system.

One of the major problems of voting as I see it is that those who vote for this, that, or the other, are setting policy that affects all those who voted differently, and all those who did not vote at all. This is democracy or mob rule, the first step toward a socialistic and collectivist system. The reason this is so is due to the fact that we live in a forcibly run dependent society where one can vote to benefit at the expense of another. This truth is overlooked by the "I Voted" crowd, but nonetheless is the lynchpin of redistributive politics.

So who are the big winners due to this scheme called voting? Who benefits the most? The government and all its corporate sponsors, including the banking system, are the real winners of the voting process. They are the controllers; they are the takers and users. They use force in order to gain power, and to steal via extortion the honestly earned wealth of others. They gain the "right" to rule over the country and us, and are legitimized by this scam. By selling the notion that voting gives everyone a say in politics, little is questioned after the fact. The politicians controlling the government sit back and revel in the notion that they have been chosen the new Caesars by the people's vote. They were properly elected in a democratic process you understand. They are the people's choice. The dust has settled, and the people have spoken!

How can any sane individual believe that this political process is not fatally flawed? How can any not understand that voting leads directly to one group ruling over another, this regardless of whether a minority or majority wins the day. Either way, those elected to power rule over all others when voting is the method used to choose, and this type of rule ultimately eliminates liberty and leads to tyranny.

While the government benefits most from this procedure, the supportive public is just as responsible for the harm caused. Their votes authorize government action, and give willing consent to the elected king and his court. This group consent determines our individual lot in life, thereby destroying our individuality. If our society were based on self-reliance and self-responsibility, if our laws were based only on our natural rights to life, liberty, and property, if the individual were sovereign, would voting be necessary or would it even exist? Would we need "rulers" in a truly free society?

Politics breeds corruption, and voting supports that corruption. The masses in this country have been force-fed the notion that voting is their sacred right. They have been brainwashed into believing that the vote is what sets them apart from slaves. The exact opposite of course is true. They have been taught to ridicule all those who would question this "sacred" right, and are not embarrassed to do so. Voting in the "minds" of most in other words cannot be questioned.

Consider the recent Rasmussen Report highlighted on Lew Rockwell's Political Theater showing that over 83% of the lemmings in this country believe that one person's vote really matters. In a country of well over 300 million people, how in the world could anyone think that their single vote counted? Even if they thought this possible, how could they accept that this voting was moral, when that same voting legally allows for one to be abused for the benefit of another? 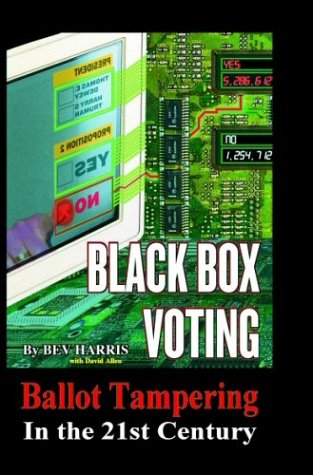 The act of voting has become so entrenched into this society that its validity cannot be questioned without rebuke. It is considered by many to be the rock of democracy, the literal cornerstone of liberty. While this thinking is nonsense, it is still the mainstream position, and therefore important because our lives are ruled by this dangerous and asinine process. Even if the current system we live under were not present, would voting then be more legitimate? Would the fact that one could not benefit at another's expense be enough to justify voting? I don't think so, because the act of voting would still always pit one against another in deciding the outcome of life. These things should be based only on natural and inherent rights, and all disputes should be handled privately. This way, one part of society is not constantly at odds with the other.

I can think of only one instance in which voting could be considered legitimate. That would be in a system where all those who wanted to vote acted voluntarily, and accepted the outcomes of their own actions, while all non-voters ignored the entire process. In other words, all who did not participate in voting would be completely exempt from all decrees passed down by those elected by the voters. There would be no consent given, and therefore none granted. This is a just way to eliminate the rule of one over another within a corrupt system. It is a way to stop rule by a majority, or even a minority over those who disagree.

No one who had any belief in freedom could ever have come up with the idea of voting. Voting by definition and design eliminates the individual in society for benefit of the collective. Individualism epitomizes freedom, while collectivism epitomizes slavery. Voting then is simply mob rule, the bane of freedom, and the fodder necessary for a society based on servitude!

"What ass first let loose the doctrine that the suffrage is a high boon and voting a noble privilege?"

Previous article by Gary D. Barnett: When It Comes to Constitution Worship

How to Retire Abroad – 7 Key Considerations Is It Fixable?