In Defense of Clear Thinking

The ultimate result of shielding men from the effects of folly is to fill the world with fools.

My academic life in college was largely spent studying what were then referred to as the "liberal arts." History, geography, economics, philosophy, art, literature, music, psychology, and the genuine sciences, were among the various subject areas we considered essential to becoming mature, self-directed, learned individuals. We also studied one or more foreign languages, not simply to help us navigate our trips to other lands, but to provide us with the perspective that there are other people on the planet who think, live, and speak differently from us.

This approach to learning helped to provide us with the means of thinking clearly, rationally, and logically; to help us understand causal relationships in analyzing the interconnected and unpredictable complexities of our world; to distinguish fact from fantasy, and transcendent truths from fashionable opinion; all for the purpose of living as responsible individuals pursuing our respective self-interests with others.

I won't dwell, here, on how most colleges have long since abandoned such purposes in favor of curricula that [1] focus on career skills, and/or [2] serve the ideological policies of groups with social/political agendas, whose members have largely taken over the so-called "social sciences." One of the numerous adverse consequences of this transformation has been to produce many college graduates who are unable to bring the art of critical thinking to an analysis of events. An example is found in the incapacity of so many persons to identify causal connections between actions undertaken by political systems and the consequences thereof. When government officials intervene in economic decision-making [e.g., mandating minimum wage laws] that produces adverse consequences [e.g., increased unemployment], even seemingly well-educated men and women fail to see the relationship. Indeed, economic ignorance tends to feed upon itself, a fact addressed in Murray Rothbard's comment that "[i]t is no crime to be ignorant of economics, which is, after all, a specialized discipline and one that most people consider to be a ‘dismal science.’ But it is totally irresponsible to have a loud and vociferous opinion on economic subjects while remaining in this state of ignorance."

Another example of the disordered thinking produced by the failure to develop causal explanations of events began occurring right after the recent shootings in Tucson. How easily have people fallen for the statist lines that these killings were "caused" by private gun ownership, talk radio, the Internet, hostile rhetoric, or some mushy sense of a "failure to get along." I am surprised that the statists have not tried to exploit the shootings as another symptom of global warming! The comments made by politicians, government officials, and media flaks, have all acknowledged the presence of an atmosphere of anger in America, but none have addressed the cause of such widespread resentment.

Nearly four decades ago, I wrote an article — titled Violence As a Product of Imposed Order — that was published, in 1975, in the University of Miami Law Review. At the core of this article was a discussion of what is known as the "frustration-aggression" hypothesis. Briefly stated, the idea is premised on a recognition that each of us is motivated by the pursuit of what we consider to be our self-interest. Without any need for forcible direction from others, we will organize our energies and other resources in an effort to maximize our well-being.

When our self-directed, self-serving undertakings are forcibly interfered with by others [e.g., the state], our purposes become frustrated, a consequence of which is often a resort to aggression. A number of contributors to the study of aggression tell us much of the dynamics regarding aggression. Two such commentators observe, "[a] person feels frustrated when a violation of his hopes or expectations occurs, and he may then try to solve the problem by attacking the presumed source of frustration." In words that seem to have particular application to our present world, another adds: "I believe we are witnessing at all levels of our social network a conflict based on dualistic thinking, the polarities of which are personal or individual freedom as against social structures maintaining the functions of regulation and control." Another scholar expresses the point more succinctly: "[w]hen our drive to master the environment, or take from it what we need, is obstructed, we become angry." As two others observe: "the feeling that one has little control over his own destiny may lead to attempts to restore oneself as an active agent. This may involve attacking those who appear to be influencing and controlling the individual." 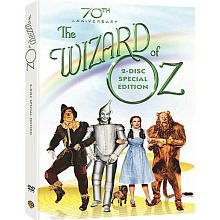 The voices of institutionalism — whose function it is to constantly remind us that "all is for the best in this best of all possible worlds" — will reject notions that the forces of the status quo have any causal connection to the violence and other aggression that surrounds us. When, during the 2008 Republican presidential "debates," Ron Paul introduced the idea of "blowback" as an explanation for the terrorism of 9/11, Rudy Giuliani revealed himself as intellectually unfit for any government office by expressing shock and resentment at Paul's analysis. What Paul was explicating, of course, was the "frustration-aggression" hypothesis: if X attacks Y, Y may choose to retaliate by attacking X. Children on the playground understand this basic fact, even if former New York City mayors do not. Those with even a rudimentary understanding of physics will recognize the proposition as Newton's "third law of motion."

Those who refuse to recognize the causal connection between state action and the epidemic of anger sweeping the world, would do well to ask this question: why do political systems have to rely on the use of violence to accomplish their ends? Violence forces life to abandon its own purposes, and to move in directions it does not want to go. What could be more frustrating, more conducive to aggression, than to deny to life its very sense of being? Individuals and firms operating in the free market don't employ such methods. Indeed, this is what clearly distinguishes the state from a free market system. Buyers and sellers in the marketplace prosper by appealing to — not frustrating — one another's purposes. Voluntary transactions are not only profitable to each of the participants, but to society as a whole. Why, then, the attraction of some, and the sanction of so many others, to violent methods of dealing with one another? Why do we persist in pretending that such practices serve any purposes beneficial to life? Why do we condemn the victims of state-generated conflict, compulsion, and brute-force for their counterattacks? Why do we not grasp the obvious fact that we are destroying our lives, as well as the lives of our children and grandchildren, by refusing to withdraw our energies from the kind of antiquated, organizational thinking that life, itself, can no longer tolerate?

The vertically-structured systems through which the institutional order has long operated are in a state of collapse. In large part because of technologies [e.g., the Internet] that are diffusing the control of information into the hands of the millions rather than just the few, our social systems — and thinking — are rapidly becoming decentralized. The political establishment has mobilized its violent powers in a desperate effort to shore up its weakened foundations and reinvigorate the status quo. But such efforts will no more halt the ongoing transformations than did the Luddite machine-breaking riots curb the Industrial Revolution. What the state's increasing resort to coercion will do, however, is to further expand the sense of frustration people experience in their efforts to promote their self-interests. As economic dislocations continue to spread; as wars against the rest of the world widen the paths of destruction; as individual lives are subjected to more expansive and sophisticated police-state surveillance and intrusions; as men and women experience an ever-diminishing sense of the material and emotional quality of their lives; the resulting frustrations will produce more aggressive reactions.

As a result of institutionalized conditioning, we have grown up with certain expectations of the political system. Among these are lies such as that government exists to protect our lives and other property interests; that the state is necessary for the creation and maintenance of social order; and that we — the ordinary people — control it. In recent years, men and women have gotten fleeting glimpses of the man behind the curtain, and are beginning to see through the fraud and deception that has long been practiced upon them. There is a growing awareness that the system does not serve its avowed purposes, thus producing a frustration of expectations which, in turn, produces more aggression. Even as the statists try to shift the blame for all of this to the Totos of the world, centrifugal forces continue their redistribution of social energies, and neither "all the king's horses nor all the king's men" will be able to stop the process. As we discovered, along with Dorothy and her friends from Oz, you cannot lose your innocence more than once.

Previous article by Butler Shaffer: Violence Is the Essence of Government

Inflation Is Here, and It Will Get Much WorseThe Twenty-Year War in Iraq