Earth's Magnetic North Pole Is On the Move

The molten iron core of the spinning earth makes it a giant magnet. However, that magnetic field is actually moving. Jeffrey Love, a research scientist with the U.S. Geological Service’s Geomagnetism Program, notes: "So that means if you wait five years, the compass will be off by one degree." During some periods the drift of the magnetic north pole has been relatively slight. When it was first identified in 1831, it remained fairly stable for decades. Then, beginning in 1904, scientists began to observe a northeastern shift of about nine miles a year. Since 1989, the drift of the magnetic north pole has accelerated to about 35 miles a year in the direction of Siberia.

The earth’s magnetic field also seems to be weakening. Scientists believe that in the last two centuries, the field has decreased by about five percent per century, after having remained fairly stable for the previous several centuries. Extensive and reliable information has been gleaned from centuries of sea travel. Sailors have long used compasses for navigation, and these sea voyagers have accurately recorded in their log books extensive and reliable information about the winds, tides, direction, stars and other variables. The magnetic orientation of minerals in rocks and pottery shards has also yielded clues about the planet’s magnetic field at different points in history. 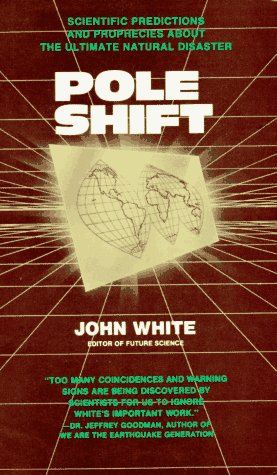 The earth’s magnetic field may be in the process of reversing its polarity – something which scientists believe has happened in the distant past of the planet. Although the shift was too far back for historical records to exist, geologists are able to date lava flows to periods of planetary history, and this lava (frozen molten rock) has the same value as pottery shards in fixing the direction of magnetic fields at certain periods of time. David Gubbins, an earth scientist at the University of Leeds in Britain, ties this evidence of the decline in the strength of the planet’s magnetic field to increases of patches of reverse magnetic fields. He speculates on when this process began:

It does look like the patches [of reverse magnetic fields] first formed toward the end of the Eighteenth Century, when Captain Cook was busy sorting out navigation and measuring magnetic field all over the world.

The drift of the magnetic field and the variation in its intensity appear to be the consequence of the intense temperatures in the earth's core and the liquid flow of iron and nickel which make the planet an electromagnetic dynamo. Scientists have few tools with which to study the earth’s core. Because of the great depths involved, the intense subterranean heat, and the complexity of mapping the molten mass flowing at the earth’s core, scientists must rely on measurements from the surface to guess the history and the future of the earth's magnetic field.

The Best of Bruce Walker

The Road to Serfdom The Hate Merchant