How WHTI Affects You

Recently by Bill Rounds: How To Use Dropbox and TrueCrypt To Securely Transfer Files Privately

FUNDAMENTAL RIGHT TO FREEDOM OF MOVEMENT

The right to travel is a long-standing tradition in Anglo-Saxon law. At Runnymeade on 15 June 1215 King John agreed to the “Articles of the Barons” and a formal document to record the agreement was created by the royal chancery on 15 July: this was the original Magna Carta.

The Magna Carta is the foundation for many modern day constitutions and enumerates many of the protections found therein including the Great Writ of Habeas Corpus. The right to travel was so important it was distinctly set apart in clause 42:

It shall be lawful to any person, for the future, to go out of our kingdom, and to return, safely and securely, by land or by water, saving his allegiance to us, unless it be in time of war, for some short space, for the common good of the kingdom: excepting prisoners and outlaws, according to the laws of the land, and of the people of the nation at war against us, and Merchants who shall be treated as it is said above.

The United States Supreme Court has long held that freedom of movement within the States is a fundamental right while travel outside the country does not contain the same protections.

The Western Hemisphere Travel Initiative (WHTI) is a particularly annoying program. Remember being able to travel via air into the United States and not need a passport?

In January 2007 the air portion of the initiative went into effect requiring all international travelers to use passports to enter the United States. The land and sea portion went into effect 1 June 2009.

Prior to WHTI American travelers to Mexico, Canada and several Caribbean countries could return to the United States with only a driver’s license and birth certificate. The land and sea requirements of WHTI will differ from the air. Valid documents will include passports, United States passport cards, an enhanced driver’s license or "trusted" traveler identification cards such as Sentri or Nexus. 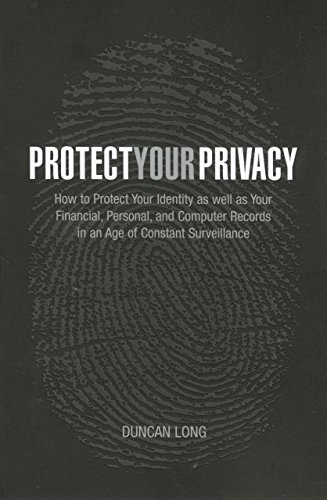 Merchants sometimes ask for ID when using a credit card although this usually is in breach of the merchant rules with either Visa or Mastercard. Generally, you are not required to provide it and they must still complete the purchase.

The United States Department of State has hired many new examiners because of the flood of passport card applications. These examiners are evaluated based on the amount of applications they process instead of the fraudulent applications they identify. Consequently, examiners issue many genuine passports that probably should not have been issued. It is important to be aware of fraudulent identity documents and how to protect yourself from the criminals that deal in that sphere.

The WHTI will impose additional restrictions on the fundamental right to travel and decrease your ability to travel anonymously. The new United States passport card may be more convenient and can help protect your privacy. You can learn how to better implement a complete strategy for protecting your privacy by getting the book How To Vanish.

Reprinted with permission from How to Vanish.

The Best of Bill Rounds

Bill Rounds, J.D. is a California attorney. He holds a degree in Accounting from the University of Utah and a law degree from California Western School of Law. He practices civil litigation, domestic and foreign business entity formation and transactions, criminal defense and privacy law. He is a strong advocate of personal and financial freedom and civil liberties. Copyright © 2013 How to Vanish

Down Will Come the Welfare State, Cradle and All He's Had It Up to Here