The Inescapable Collapse of Watchmen

"Do you hear that, Mr. Anderson? That is the sound of inevitability. It is the sound of your death." Those words, spoken by Agent Smith to Neo while choking him in The Matrix, articulate the great lie that statists use to force us to accept their rule. Sometimes the arguments are nakedly dismissive of human potential, la Agent Smith, and sometimes their arguments are more subtle; masked by literary pretension and cloaked in a veneer of pragmatism and realpolitik. However, the underlying philosophy of statism is the same; man is a beast/virus/plague that needs to be controlled by their betters. There has to be something above man controlling his actions, someone higher up the food chain, as it were. It is the way of things. It is inevitable, so stop resisting, submit, and be thankful for our guidance.

Inevitability is a central theme in Alan Moore and Dave Gibbons' graphic novel, Watchmen. John Osterman's transformation into Dr. Manhattan, a being that is "…proof God exists, and he's an American," is the son of a watch-maker who sees all of time concurrently, not as a linear stream as we do, but as a tapestry depicting the interplay of the natural laws of motion. So does Adrian Veidt, Ozymandias, or so he thinks, and it is for this reason that he embarks on a lifelong quest to alter the shape of humanity, remolding it in his image. If Dr. Manhattan is the embodiment of the Deist god the cosmic clock-maker, then Adrian is the opposite, a meddling god, intent on improving his creation through his intervention. Veidt believes he is the only person with the insight, compassion and the will to do what is necessary in the face of man's inherent barbarism. He executes his plan with a single-minded ruthlessness leading to the climactic wiping out of New York City.

The conflict of Watchmen is predicated on the Cold War between the Soviets and the Americans, the communists vs. fascists. It is presented as an eternal conflict held in check by Dr. Manhattan. It is a classic Hobbesian set up, where two groups of humans, in a natural state of war of "all against all," are prevented from violence by a higher power, normally the state but, in this case, the ultimate super-human. The minute that structure is altered, the state is removed, they revert to ever-escalating aggression towards each other, which must culminate in the destruction of one or both. Since the only beings available are other humans, we should place the best and brightest in these supervisory roles and accept any mistakes they make. In Watchmen, the spectre of unbridled nuclear war is the issue and the destruction of the human race is the end game. 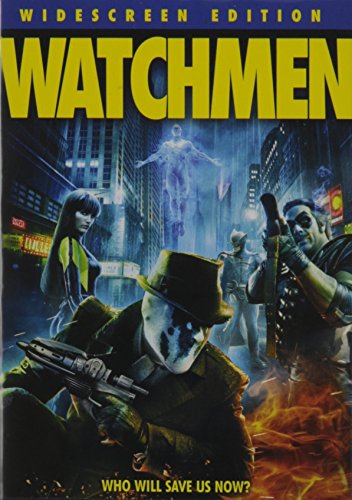 At least that's what Adrian Veidt (and Alan Moore) would like us to believe.

The problem is the whole setup is a lie. To paraphrase the Comedian, it's all a big joke. And the joke, unfortunately, is on Alan Moore. For all of his skill and attention to detail, his Hobbesian world-view, like Veidt's, blinds him to the economic reality of the world he's created. Both he and Veidt envision a world where fatal conflict between the US and the Soviets is both inevitable and eternal. The world will remain thus until Dr. Manhattan loses interest in us, leaves, and thereby unleashes hell No consideration is made for the economic engines that drive this world. That is neatly removed from the equation. It is a stochastic view of a dynamic system, the flaw that undermines the entire narrative.

Veidt, for being the smartest man in the world, and a monumentally successful capitalist, one who would have had to navigate the dynamics of the market to build his economic empire is unbelievably stupid, as he should have seen this stasis was unsustainable economically, regardless of Dr. Manhattan, and did not require his guidance and eventual murdering of millions. We knew, as Austrian Economists and Praxeologists that the structures of both the U. S. and Soviet economies would collapse under the weight of their own inefficiencies and lack of an adequate pricing system for risk. Austrian Business Cycle theory, which Veidt should have been aware of, described and predicted this. There were plenty of critiques of the welfare/warfare state for him to read. If not, the balance sheets of his competitors would have confirmed this analysis to such a smart man. Why did he think Nixon closed the gold window? For fun? The two economies could only be sustained with an iron-fist by the Soviets and the use of the printing press by the U.S. Once either of those mechanisms failed to scare/bribe the populous, the political class, which is the source of the potential nuclear war, would lose its power base rendering moot the conflict of the story.

Viewed through this lens, Veidt's plan then reduces to a life-long obsession with beating God (Dr. Manhattan) and replacing him, manipulating events to suit his own needs, creating a self-fulfilling prophecy of doom that only he can avert, because he created it in the first place. He is nothing more than the vain, hubristic Alexander that he modeled his life after; the ultimate narcissist. His cry of "I did it!" when looking at the newscasts of the world uniting against his fake alien invasion is more a cry of personal validation than any altruistic desire to save humanity. That his u2018solution' to the world's problem is to substitute one Hobbesian system for another also betrays Moore's story at its core, as this center cannot hold either. At least Moore had the good sense to have Dr. Manhattan voice this before exiting the stage. 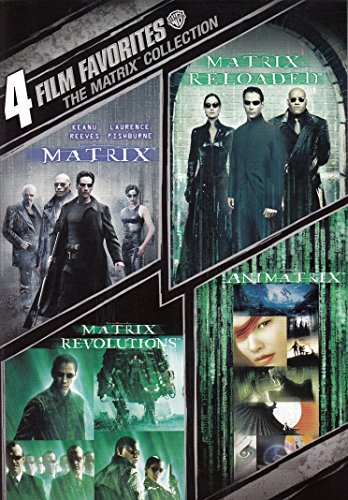 Lest you think I'm daft in my analysis, remember that within 2 years of the publication of Watchmen #12, the Soviet Union imploded, rendering the entire conflict of this meticulously-crafted, beautifully-rendered piece of literature moot. As the reader, how am I supposed to take this seriously when the central conflict was proven a false one?

Do you hear that Alan Moore? That is truly the sound of inevitability. It is the sound of economic death and rebirth. It is, as they say, The Day of Reckoning.

If you think the U.S. is immune from the economic law of its system, one only need look outside the window today or scan the headlines. Granted, at the time it was written the conflict had been in place since the 1950's and looked eternal. If Veidt had such a god-like gift of foresight, couldn’t he see the implosion of the Soviet Empire was imminent?

I applaud Alan Moore for creating a powerful statement about the nature of governments and the danger of nuclear weapons. Watchmen vexed me for years, as I loved its craft but had a vague feeling of being manipulated to its conclusions. At its core, Watchmen is a cautionary tale about power and how no man should wield the kind of power that Adrian Veidt or governments have; that trusting in heroes or philosopher-kings, be they private citizens or public servants, is not only dangerous but also counter-intuitive. On that level, it succeeds brilliantly.

But, for a work which attempted to put super-heroes into a real world context, the lack of economic understanding is unforgivable. Its central premise is based on a cartoonish view of economics, making the modern left's mistake of equating capitalism with corporatism, believing that all commerce is a zero-sum game, calling that an economic verity and using these false conclusions to justify the wholesale slaughter of those that dare to disagree with their nihilistic worldview. 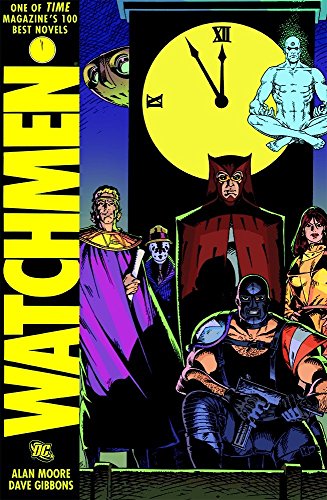 Moore again betrays his inherent leftism by casting Veidt not as a President or Senator with a secret identity, but as a successful capitalist, whose company is a leviathan conglomerate producing everything from perfume to exercise equipment to military arms who uses his public image as the hook for the sale. He is the evil Bruce Wayne. The story ends with this leviathan extending its tentacles over the rebuilding of New York, a Marxian view of capitalism if I ever saw one.

For a libertarian, what is most compelling is the dichotomy between The Comedian, Edward Blake, and Rorschach, Walter Kovacs. Both are disgusting, violent psychopaths, but one is state-subsidized and is able to indulge his every whim without fear of retribution while the other defies The State's mandate, attempts to find the truth and punish evil (at what cost is the question). He is rewarded by being hounded, marginalized and eventually, imprisoned. The U.S. government protects its secrets, the identity of their pet assassin Blake, while demanding that all the other "Masks" be political scapegoats for failed government policies which result in civil unrest. One lives in a penthouse overlooking New York City while the other lives in squalor. One shoots women carrying his baby for expecting him to make good, the other blows up a child molester who fed a little girl to his dogs. One dies searching out the cause of the other's death. Both are sacrificed on the altar of Veidt's brave, new world.

Ultimately, it is Rorschach, and his objectivist roots in Steve Ditko's The Question, that have the final laugh in this story. Not only does his diary make it into the hands of someone who can reveal the truth, but the character becomes the conscience of the story itself, embodying Mises' motto, "Never give in to evil, but proceed ever more boldly against it." For all of his faults, and they are legion, Rorschach does that. He is the story's protagonist. That this story's conscience is that of a brutal psychotic is even more revealing. Moore has stated how much he despises Objectivism, saying it ultimately justifies fascism. While I agree with him to an extent, it is the economic reality elucidated by Mises et al. and partially articulated by Ayn Rand which renders Moore's work a thinly-veiled paean to Marx and Hobbes, rejecting peace. Considering the history of the 20th century where their ideas dominated, that puts the blood firmly on his hands when he, like Adrian Veidt, should have known better; to let us find better solutions than butchering each other, covering it up and consoling ourselves by saying it was inevitable.

The Inescapable Rules of Reality Revisionism Is Essential to Peace