Who's Provoking Whom in the Koreas?

POHANG, SOUTH KOREA — “Just let me know if I have to worry,” read my mother’s email. With her son living in South Korea for close to fifteen years, we have been through this several times. Whenever North Korea is in the news, she naturally worries about my safety, and now that I’ve given her a lovely daughter-in-law and two beautiful children, her worries have quadrupled.

Since I’ve been here, there have been raids by commandoes, missile launches, alleged nuclear tests, threats of a “Sea of fire,” two sea battles, claiming six and forty-six South Korean sailors respectively, and, most recently the first artillery exchange since the 1953 armistice that lulled the Korean War, in which four South Koreans, including, most disturbingly, two civilians, were killed.

When I first got here, I, too was, spooked whenever North Korea was in the news, but I soon did what any resident of a foreign country should do; I learned from the locals. I saw that South Koreans didn’t care. They ignored the news coming from the North. They acted like the sibling of someone with Tourette’s Syndrome or severe Autism; while the behavior looked scary to outsiders, they were used to it. Those of us who’ve been “in country” a few years like to laugh at the “rookies” who get all jittery and start packing their bags whenever CNN finds it necessary to show scary pictures of menacing North Korean soldiers at Panmunjŏm.

So I wrote back to my mother, “You don’t have to worry, Mom.”

This time is different. This year, South Koreans are talking about it. The naval battle on the eve of the 2002 Korea-Japan World Cup was ignored. (A traffic accident involving the US military at the same time, in which two middle school girls tragically died, was not ignored; there were anti-American demonstrations that brought hundreds of thousands to the streets, unreported by most mainstream media in America.) The sinking of the Ch’ŏnan earlier this year was not ignored, perhaps because the loss of life was so great. The 46 sailors were properly mourned, and, along with the anger directed northward, there seemed to be even more conspiracy analysis in the South regarding their government’s version of the story.

Things are really different with last month’s shelling of the disputed Yŏnpyŏngdo Island, perhaps because of the loss of civilian life and property. My students and colleagues are talking about this event, bringing it up freely, voicing their concerns and fears.

I, too, am a bit nervous, but I’m less nervous about what P’yŏngyang (and Beijing) might intentionally do than what Seoul (and Washington) might accidentally do.

A day after the November 23rd Yŏnpyŏngdo attack, Justin Raimondo rightly noted that “the South Koreans were conducting military ‘exercises’ near the disputed island, which North Korea claims as its territory, and South Korean ships had opened fire,” going on to suggest that “the military exercises, code-named ‘Hoguk,’ involving all four branches of the South Korean armed forces and some 70,000 troops, simulated an attack on North Korea, and were meant to provoke the North Koreans, who responded as might be expected” [Korean Conundrum: Is There a Way Out?]. He continued, “US troops were supposed to have participated in the exercises, but apparently the Americans thought better of it and pulled back at the last moment — perhaps because they knew a provocation was in the making” [ibid].

Mr. Raimondo went on to argue, even more pointedly, “For the South Koreans to conduct military exercises in this explosive region, never mind firing off rounds, is nothing but a naked provocation of the sort the West routinely ascribes to Pyongyang. In the context of North Korea's recent revelation that it is increasing its nuclear capacity, the South Korean military maneuvers were meant to elicit a violent response — and succeeded in doing so” [ibid].

A few days later, South Korean President Lee Myung-bak said of the incident, “Launching a military attack on civilians is a crime against humanity, even during wartime” [South Korean president takes responsibility for failing to protect country, signals hardened military stance toward North]. Of course, he is about right attacks on civilians being crimes against humanity, but he said nothing of the irresponsibility of holding war games so close to an inhabited and disputed island.

Speaking of President Lee, analyst Peter Lee has argued that “significant North Asian takeaways from the WikiLeaks cables” clearly show that “South Korea, under President Lee Myung-bak, wants the North to collapse and to dominate the reunification process” (while “North Korea is desperate to establish relations with the United States”) and that “South Korean government officials are indefatigably, crudely and rather transparently ‘working the refs’ — selectively packaging and vociferously pushing their arguments — to persuade the United States to abandon mediation through the People’s Republic of China (PRC) and/or negotiation with North Korea and instead put South Korea and its reunification agenda in the diplomatic driver’s seat” [Dear Leader’s designs on Uncle Sam]. 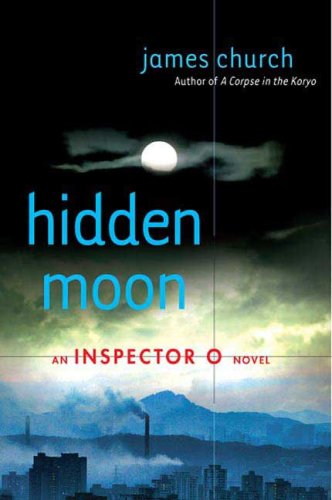 Since the Yŏnpyŏngdo attack, there have been joint games with the United States, which sent the U.S.S. George Washington, against Chinese warnings (not to mention the warnings of George Washington against “foreign entanglements”). These were followed by joint war games between the United States and Japan, who has her own territorial dispute with Russia, leading South Korean journalist Yi Yong-in to warn that “a ‘three against three’ framework with South Korea, the United States and Japan on one side and North Korea, China, and Russia on the other is showing signs of taking shape once again” and to speak of a “New Cold War” [Cold War alliances reborn with regional tension].

If the danger of a “New Cold War” were not bad enough, there is the very real danger of a hot war, with South Korea launching its own live fire war games in dozens of areas around the peninsula and warning of responding to any North Korean reaction with air strikes: “The extent of possible South Korean air strikes on the North is not clear, but anything other than an extremely limited and localized action is likely to trigger total war,” warned Koreanologist Gregory Elich, “a war that the U.S. will inevitably be drawn into” [Menacing North Korea].

The last total war on this peninsula resulted in the deaths of tens of thousands of Americans, hundreds of thousands of Chinese, and millions of Koreans. Even a cursory glance at world history shows how a minor incident can escalate to a total war.

(Of this possibility, fellow Korea resident Andray Abrahamian has reminded us, “If through an overly aggressive deterrence posture war breaks out, millions on both sides could die [and] the two generations of sweat and tears that drove South Korea’s economic growth could be undone,” rightly concluding that “it is absolutely inappropriate for foreign Korea-watchers to call for greater aggression in confronting the North” [Pyongyang stretches deterrence limits].)

There are those who would argue that with the indisputably tyrannical nature of North Korea, total war would be “worth it.” Perhaps the best argument I’ve read recently against such interventionist arguments comes from James Church, pseudonymous Western intelligence officer turned mystery novelist, in the second of his great Inspector O series, Hidden Moon, which he put into the mouth of his North Korean detective hero in a retort to a Western spy caught attempting to destabilize his country:

“This isn’t about you, Inspector, it’s about something bigger. The future of your country. Your people’s future.”

“You have no idea what you are talking about, do you? You’re just reciting some crap they handed you at a briefing. My country’s future? Forgive me, Superintendent, I don’t know anything that flourishes when it’s washed in blood. Let’s not float away on visions of the future… What happens here is not yours to worry about. It’s for us, it’s our business, our future, our fate.”

Yes. Let the Koreans, South and North, decide their future. It’s not for us to worry about as it’s their business, their future, their fate. The last thing we Americans need is to get sucked into another war on this peninsula.

Previous article by Joshua Snyder: Korea for the Koreans

Grave Domestic Threats to National SecurityChange We Hate the Guts of