Furthermore, there are a very few cases of legal action in the magazine world because of this disparity. The little ‘zines have no hope beating a rip-off and shrug it off after a perfunctory threat; the Biggies rattle their corporate-lawyer sabres and nearly anyone above ground quietly bows.

Crap. As Don Marquis put in the words of Archy the Cockroach, "Creative expression is the need of my soul." And Archy banged his head on typewriter key after typewriter key all night long to turn out his columns – which Marquis cashed in. Writing as a medium of expression will continue as long as someone has a burning need to express. And if all they have to express is a need for second payments and associated residuals, we’re all better off for not reading it.

The point of all this vulgar praxeology is not just to clear the way for the moral question. The market (praise be) is telling us something. After all, both market human action and morality arise from the same Natural Law.

Is not a producer entitled to the fruit of his labor? Sure, that’s why writers are paid. But if I make a copy of a shoe or a table or a fireplace log (with my little copied axe) does the cobbler or wood worker or woodchopper collect a royalty?

Property is a concept extracted from nature by conceptual man to designate the distribution of scarce goods – the entire material world – among avaricious, competing egos. If I have an idea, you may have the same idea and it takes nothing from me. Use yours as you will and I do the same.

Ideas, to use the ‘au courant’ language of computer programmers, are the programs; property is the data. Or, to use another current cliché, ideas are the maps and cartography, and property is the territory. The difference compares well to the differences between sex and talking about sex. 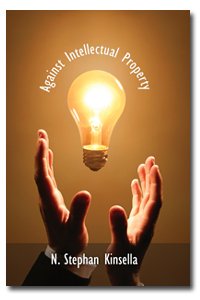 My ideas are pieces of what passes for my soul (or, if you prefer, ego). Therefore, every time someone adopts one of them, a little piece of me has infected them. And for this I get paid, too! On top of all that, I should be paid and paid and paid as they get staler and staler?

For when the Corporation tosses its bone to the struggling writer, and an occasional steak to the pampered tenth of a percent, it receives an enforceable legal monopoly on the editing, typesetting, printing, packaging, marketing (including advertising) and sometimes even local distribution of that book or magazine. (In magazines, it also has an exclusivity in layout vs other articles and illustrations and published advertisements.) How’s that for vertical integration and restraint of trade?

And so the system perpetuates, give or take a few counter-economic outlaws and some enterprising Taiwanese with good smuggling connections.

Now for the central moral question: what first woke me up to the problem that was the innocent viewer scenario. Consider the following careful contractual construction. 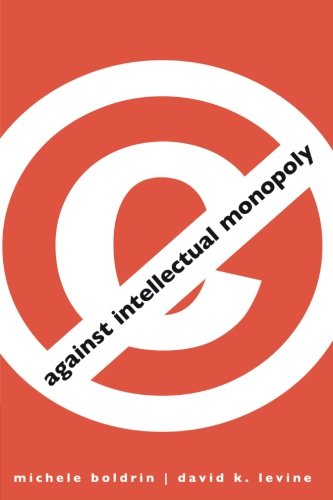 Author Big and Publisher Bigger have contracts not to reveal a word of what’s in some publication. Everyone on the staff, every person in the step of production is contracted not to reveal a word. All the distributors are covered and the advertising quotes only a minimal amount of words. Every reader is like Death Records in Phantom of the Paradise, under contract, too; that is every reader who purchases the book or ‘zine and thus interacts with someone who is under contract – interacts in a voluntary trade and voluntary agreement.

And God or the Market help us if we now try to act on the ideas now in our mind or to reveal this unintended guilty secret in any way. The State shall strike us – save only if Author Big and Publisher Bigger decide in their tyrannous mercy that we are too small and not worth the trouble.

It is a creature of the State, the Vampire’s little bat. And, as far as I’m concerned, the word should be copywrong.

This originally appeared in The Voluntaryist, July 1986.

Samuel Edward Konkin III (1947–2004) was the author of the New Libertarian Manifesto and a proponent of free-market anarchism.