On National Review's Advice to Give Thanks to the TSA Employees, and What We Should Really Give Them

Recently by Robert Wenzel: Am I On the Crazy Fringe?

Marc A. Thiessen, a visiting fellow at the American Enterprise Institute, writes at National Review:

In the coming days, millions of Americans will travel to celebrate the Thanksgiving holiday with family and friends. May I pose a novel idea? As we go through the airport screening line, let’s stop and say "thanks" to the men and women of the TSA who give up time with their families during the holidays to keep us safe from terror.

In the past few weeks, these patriots have been compared with Big Brother and accused of sexual assault. They’ve suffered the same kinds of public indignities the Left has heaped on the men and women of the CIA — being accused of engaging un-American and unlawful behavior for doing the difficult and unpleasant work of protecting the country. They deserve better.

If a passenger who is supposed to be seated near us on our next flight has a bomb in his underwear, I suspect most of us would prefer that the explosive be uncovered when he tries to get through airport security — not when a Dutch tourist sees the passenger in the row ahead of him try to set it off and dives across the plane to stop him, as happened on a flight to Detroit last Christmas. 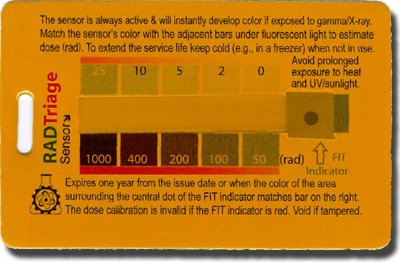 In the last two weeks, I have been through TSA screening eight times — and not once was I asked to go through the millimeter-wave machine, or undergo an enhanced pat-down. Odds are that most of the 2.2 million passengers who will go through airport security each day during this holiday weekend will have a similar experience. On the last leg of my trip, I finally asked to go through both procedures to see what all the fuss was about. No one touched my junk.

First, it is idiotic to claim, "No one touched my junk." When his "junk" has been radiated in a fashion where the consequences are unknown.

But the bigger picture is that Thiessen simply has a fascist mentality. He sets up the strawman argument that if government doesn’t provide security for passengers, no one will. That’s simply absurd.

Security needs to be turned over to the airlines. That’s how innovations in products come about and a common respect for a customer comes about. Not by turning it over to an organization, the government, that is the embodiment of coercion with bad attitude.

Previous article by Robert Wenzel: Nazis and the TSA

Do You Really Want To Be One of Them? The CIA-Pentagon Coup d'Etat