What Will I Say?

Recently by John Tyner: Motivation of My Filming of MyTSAEncounter

In various places, I’ve heard responses like this to what I did, but very few people have taken the time to ask their questions respectfully and without name-calling. I received this message early this morning and am going to take the author’s measured tone as an indication that he really does want a response and does not simply want to excoriate me. I am publishing this response as a way to answer everyone who may have similar questions about what I did.

May I ask: So if next time a terrorist successfully hides "devices" to kill Americans on a plane, because you seem to think TSA or airport security is over-excessive…What will you say?

First of all, I am not advocating that we drop all security at our airports. What I oppose are the intrusive (and arguably unconstitutional) use of body scanning (or AIT) machines that can literally take a picture of one’s naked body and/or the use of the new pat down procedures in which TSA officers are not necessarily instructed to "touch your junk" but come so close that many have and/or do. I find this level of scrutiny to be invasive and offensive.

What do we do instead? As I said, I am not saying that we should simply allow anyone and everyone to get on a plane simply because they have a ticket. (I should add that I would not oppose an airline that wanted to board planes with zero security. I don’t think they would get much business, but it is within their right to do so.) What I am saying is that there are alternative methods of screening passengers that are far less invasive than what we do now and could actually make us more secure. That is, we wouldn’t have to rely on machines that would not detect a "device" hidden inside of a would-be attacker.

For example, I drove across the U.S./Canada border about 5 years back. When I reached the border, an agent stopped me and asked why I was entering Canada. I explained that my wife and I had been driving/sightseeing in the northeastern area and wanted to go to Niagara Falls. When he looked at my ID, he noticed that I had a California driver’s license but was driving a car with Virginia plates. He asked about this. I told him that the car was rented. He then asked how I got to the East coast in the first place… There is a bit more to this story; he asked me a few more questions. My point is, though, that if someone is lying, their story usually begins to fall apart around the third question or so. We should be employing a screening more along these lines.

In addition, technology (both advanced and not-so-advanced) allows for the detection of very small amounts of explosive material. One of these is the swab that you’ve seen TSA take of your bags and then run through a machine. They also have employed full body sized machines that simply blow a puff of air over you and analyze the result. Finally, a lower-tech solution of using bomb sniffing dogs is a possibility. Any of these would be as equally effective in ferreting out would-be terrorists and do not require anyone to virtually take off their clothes or have their junk touched.

I’ll tell you one thing that WILL happen. We service members will fight a war again, just for you, because you complained of security being unnecessary…. The terrorists are waiting for us to put our guard down again. Think about that for a bit….. 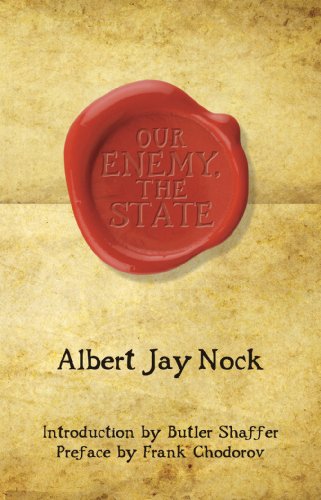 Thank you for your service. I have a tremendous amount of respect for the men and women in our military. I know that they all enter the service willing to die to protect the liberty and freedom upon which this country was founded, especially because I’m not sure that I would be able to make the same sacrifice. I would certainly like to think that I would, but I can’t say for certain that that is true.

I agree with you that in the event of another terrorist attack, you will likely be called upon to go overseas and fight another war in the name of freedom. You should ask your commanding officers, and ultimately, the president, however, if your fighting in those wars makes us safer. Terrorist attacks do not take place in a vacuum. The Times Square bomber viewed himself as defending his "lands" against foreign occupation. The underwear bomber acted in retaliation for "American-backed airstrikes […] in Yemen." Osama bin Laden’s Al-Qaeda group attacked us on September 11th because of our interventionist foreign policies and our presence in Saudi Arabia. Don’t forget that we actually backed Osama bin Laden in the 80’s in his fight against the Soviet Union.

It goes on and on, and don’t get me wrong. I fully support a strong national defense. What I oppose is a strong national offense that imposes U.S. will on other peoples. Despite the rhetoric, terrorists don’t hate our freedoms. They just want us to leave them alone.

John Tyner, I UNDERSTAND what all is implied and I respect whatever you want to call this. Unfortunately you have forgotten why things are the way they are. How are you a "Hero". Tell ME that. Honestly brother, a person who self-consciously video records prior going through security had the attention to overembellish the true intent for TSA Security – FOR SAFETY and TO PREVENT PEOPLE FROM GETTING KILLED.

"Never Forget" (looks like you all forgot) Here’s a video to jock your memory.

I have not forgotten September 11th. I am reminded of September 11th every time I enter an airport, every time a "suspicious package" is found at a public building, every time a U.S. soldier like yourself is killed fighting in the name of that terrible event. It truly is tragic.

I am not a hero. I know that people have come to regard me as such, but I have explicitly disclaimed that title. I’m simply someone who stood up for what he believed to be right: that the government does not have the authority to view me naked or pat me down to the extent that they would have without some kind of reasonable suspicion or probable cause.

I have explained repeatedly the reason for my recording of my interaction with the TSA. I am not trying to over-embellish anything. In fact, the recording prevents me from doing exactly that. I don’t doubt that TSA is trying to provide security for air travelers. So far though, they have done a poor job of it. Attacks on our airplanes since September 11th have been stopped by the passengers, not the TSA. It’s time we started treating our passengers like the first (and arguably last) responders to a possible attack. We need to start treating them with dignity and respect and not like the very terrorists of whom we have now become so afraid.

Reprinted with permission from Johnnyedge.

The Best of John Tyner

Previous article by John Tyner: Motivation of My Filming of My TSA Encounter

The Best Gold Storage Ideas You've Never Considered The Words You Read Next Will Be Your Last ...