Politics is a means of preventing people from taking part in what properly concerns them.

With the 2010 general elections over, attention shifts — as it always does following each election — to consideration of the next presidential steeplechase. "Who’s it gonna be?, who’s it gonna be?, who’s it gonna be?," is the refrain already begun on CNN, Fox News, MSNBC, and other directors of the Boobeoisie Chorus. For a politically-centralized society to maintain its pyramidal structure, it is essential that men and women be constantly reminded of their subject status. An ongoing curiosity as to the identity of their future masters keeps their minds from wandering to more important matters. The continued health of a democratic state requires the interplay of three factors: [1] the covert processes of realpolitik wherein the electorate is consigned the role of rubber-stamping either of two fungible candidates offered up by the owners of the system; [2] reinforcement of the fantasy that voters have some real-world influence over the selection of their political rulers; and [3] the illusion that the winning candidate is the one who is really running the government.

There comes a time when the contradictions, conflicts, and corruption of the state become so apparent that even Boobus begins to suspect that the political system is in need of a major overhaul, if not dismantling. Only the most gullible can utter the utilitarian premises of government with a straight face. The "greatest good for the greatest number," the "general welfare," and "common will" are phrases more suited to the creative comedy routines of George Carlin, Jon Stewart, or Jay Leno, than to men and women trying to formulate some meaning to politics. We are at such a point in time.

Libertarian and anarchist sentiments have long existed among people as alternative ways of thinking about how societies are to be organized. The violent and predatory assumptions upon which governments exist are rarely questioned even among thoughtful people until the costs of political destructiveness reach levels that can no longer be ignored. Ordinary individuals are suffocating under burdensome costs that benefit only those special interests who are either in political power or connected to such power. When, in 2007, Ron Paul told a gathering in Freeport, Texas, that it was time for another "tea party," latent popular sentiments in favor of liberty were energized. What Ron was analogizing to, of course, was the famous "Boston Tea Party" that helped to trigger American resistance to British rule.

The owners of the political establishment fear nothing so much as a populace that sees through the racket being perpetrated upon them; an awareness that might give rise to thoughts that would call into question the entire scheme. A renewal of the Boston "tea party" — whose thinking was reflected in the words and actions of such men as Jefferson, Sam Adams, Patrick Henry, Paul Revere, and John Hancock — would threaten the existing power structure. Sons of Liberty descendants would be most troublesome. On the other hand, to openly ignore the millions of persons identifying themselves as "tea partiers" would be seen as even more dishonest than the owners’ attempts to keep Ron out of the 2008 presidential debates.

Stuck with the "tea party" label, but not wanting so much anti-political energy expressing itself as a philosophically principled undertaking, the owners settled upon what could, at best, be described in terms of Lewis Carroll’s classic "Mad Hatters’ Tea Party." Western literature has few examples that can outperform Carroll’s "tea party" in the playing out of the nonsense that so often passes for intelligent conversation in our world. The inability of government officials — such as Federal Reserve chairmen — to explain the failures of their programs finds a parallel in the Hatter’s efforts to explain why he couldn’t fix a watch, which was exactly two days in error. The butter he had spread over the watch-works failed to correct the problem, to which the March Hare responded "it was the best butter."

As Alice struggled to make any sense out of what she was experiencing, she was met with a musical-chairs directive to "move down, move down;" while a more focused question on her part would be answered by the March Hare in terms that would immediately qualify him for today’s academia or mainstream media: "I have an idea: let’s change the subject." When the Hatter then asked "why is a raven like a writing desk?," and replied to Alice’s plea for an answer by saying "I haven’t the slightest idea," one begins to appreciate the words of my favorite character in this story — the Cheshire Cat — who noted "we’re all mad here."

The efforts to make foolishness sound plausible; to make contradictory reasoning appear sophisticated; to treat reality-based questions as an invitation to "change the subject": this is what makes the Mad Hatter’s Tea Party a useful inspiration to the established order’s efforts to defuse the libertarian Boston Tea Party as an operational metaphor. The Republican Party has enough March Hares, Mad Hatters, Doormice, and other babblers of nonsense, to bamboozle the millions of Alices who seek solutions to their plights. When intelligent minds suggest doing away with the Federal Reserve, or analyzing our modern difficulties in terms of Austrian economics, or urging the immediate cessation of wars, the word goes out from the owners: "let’s change the subject." Those who, like Ron Paul, continue to insist upon the priority of such inquiries will be told to "move down, move down." In such ways, what began as a reenactment of a philosophically-principled tea party has become a festival of illusion and delusion.

Political establishments always favor the "status quo" over "change" because they are the status quo. Any appearance of change that goes beyond tinkering with details and introducing more fundamental questioning of existing arrangements, will be co-opted by the ruling forces and directed toward their ends. In this way, the owners reinforce the popular illusion that the subjects can control the system.

I wrote an earlier article of the connection that has long existed between entertainment and the political system. We have kept ourselves dumbed-down — hence, subservient to external authority — by our insistence upon being kept amused. The word "muse" refers to a state of deep thought; "a-muse" means without such a state of thought. This is why there is such a symbiotic relationship between statism and the entertainment industry. 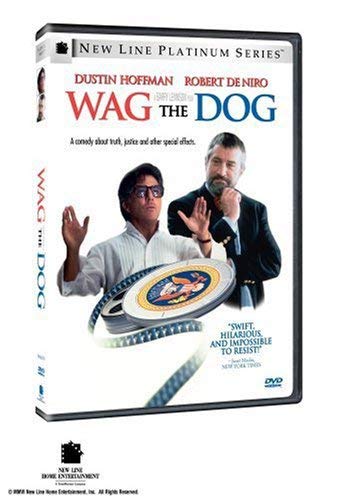 The business interests of entertainers — including members of the mainstream media — are so tied to the interests of the political power structure that they will continue their role. The 1997 film, Wag the Dog, could almost be regarded as a documentary! As art imitates life, establishment producers will once again turn to Hollywood for seasoned professionals to fill movie and television screens with more pro-state messages. Given the hostile mood of millions of Americans, the owners will not be so brazen as to resuscitate the 1960s’ Saturday morning cartoon show, Super President, but the latent sentiment will not be lagging. Script writers will rewrite the words to bring the story up-to-date, and new actors will be discovered to recite their lines, but the theme will remain the same. Costumers and makeup artists will be called upon to enhance appearances, while stage directors will insist upon the actors’ positions.

Just as the 1994 Republicans "contract with America" quickly morphed into a "contract on America," the "Tea Party" episode will quickly be transformed into just another franchise by which the owners reinforce their established controls over the rest of us. In time, audiences will become dissatisfied with the new performance, sensing that the Tea Party has become just another conservative Republican trick that will, in the words of Frank Chodorov, work "to clean up the whorehouse, but keep the business intact." By 2012, disgruntled audiences will again demand a new show, confirming the definition of insanity as repeating the same acts and expecting different results. By then, the producers will be preparing the sequel, Tea Party II, for an early fall release to the theaters. To effectively challenge power, one must understand the slippery nature of language. "Words" — whether they be found in the Declaration of Independence, the Constitution, or other sources — have neither more nor less meaning than we interpret them to have. Through his character, Humpty Dumpty, Lewis Carroll, reminds us of the danger that lies hidden in all words: they never equate with what they describe, but must always be interpreted. "When I use a word," he told Alice, "it means just what I choose it to mean — neither more nor less." When we cede to state officials this power to interpret words, we end up with such Orwellian contradictions as "war is peace," "love is hate," and "freedom is slavery." In much the same way, Tea Party sentiments — which reverberated in the thinking of Ron Paul and other advocates of liberty — will become their antithesis in the mouths of the Republican branch of the political establishment. If you want a very quick test of any alleged Tea Party spokesman, ask him or her if they support an immediate end to all American wars; and demand full exposure — i.e., an open audit — of the actions of the Federal Reserve system. If they stammer, or evade directly answering "yes" to either question, you know you are dealing with another March Hare who, like his predecessor, will reply "let’s change the subject."

Previous article by Butler Shaffer: The State Is Distilled Violence