Those who are always accusing people in the private sector of “greed” almost never accuse government of greed, no matter what it does. Indeed, the question of whether the government is greedy almost never comes up, so most of us probably never think about it.

The first time I was forced to think about it was some years ago, when a bank notified me that the government was about to seize a bank account of mine, unless I took action. Since I didn’t owe the government any money, and was not accused of any crime, I was baffled.

What had happened was that I had received a private grant to help finance international travel in connection with my research into racial and cultural issues in countries around the world. Since the money was not for my personal use, I opened a separate bank account to hold that money until I was ready to go overseas.

Such a trip would obviously take a lot of time, so I had to get my other work and commitments cleared up before I could take off for a few months. That was easier said than done, so the bank account with the travel money in it just sat there, with nothing being added to it or taken from it. 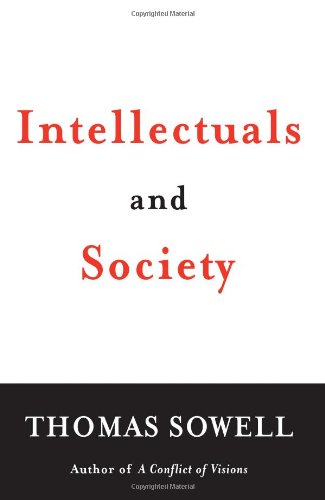 There are escheat laws, under which the government can seize the assets of someone who has died and whose heirs have not claimed those assets after some period of time. The theory is that there is no reason why banks should get that money. On the other hand, there is no reason why politicians should get it either, but the politicians write the laws.

Like other laws, escheat laws have some plausible rationale. And, like other laws, what is actually done can end up going far beyond those rationales. The period during which a bank account can be dormant before the government moves in has been shortened to a very few years.

Those few years had elapsed before I had an opportunity to take an extended trip overseas, so the government would have seized the money — and my personal papers in a safety deposit box — if the bank had not warned me and I had not gotten there first.

The government doesn’t have to prove that you are dead. The fact that your bank account had nothing added to it or taken from it for a few years is enough. Apparently politicians cannot imagine how someone would have money and not spend it, unless they were dead.

Escheat laws are just one of the ways governments seize money. Income tax rates have been as high as 90 percent in the top brackets. Even after you have paid the taxes on your income and saved or invested part of what is left, the government comes back to take more of that same money, after you die, with estate taxes.

Perhaps one of the most unconscionable acts of greed by government is confiscating people’s homes, in order to turn this property over to other people, who are expected to build things that will pay more taxes.

The Constitution allows the government to take private property for its own use, provided “just compensation” is paid. That way the government can build reservoirs, bridges, or highways, for example, even if that requires displacing some people. But judges over the years have expanded this power to include taking private property just to turn it over to some other private individual or business. Destroying a neighborhood is more than destroying the physical structures there. Valuable personal, professional and business relationships, built up over a period of years, are also destroyed when the people are scattered to the winds.

The biggest beneficiaries are the politicians who get a larger amount of tax money to spend in ways that will increase their prospects of getting re-elected. Seldom, if ever, are the people whose homes are destroyed, and whose lives are disrupted, among the affluent or rich. Urban renewal may go through the South Bronx, but not through Beverly Hills.

And no one calls it greed.