Head Shot by G. Paul Chambers is aptly titled because the author hones in on the fatal head shot and proves, through painstaking application of the laws of physics, that the bullet must have come from the right-front of Kennedy, specifically the Grassy Knoll. And Chambers is aptly qualified to make such an assessment, having a Ph.D. in Physics and Engineering and a career as an experimental physicist with the US Navy. However, I wish he had done a similar analysis of the other shots, which he doesn’t, and that was a letdown. However, overall, Head Shot is an excellent treatise by an intellectual heavyweight. Warren Commission apologists will be quite rattled by his book, and I expect they will ignore it. I doubt any of them will want to go mano-o-mano against G. Paul Chambers. 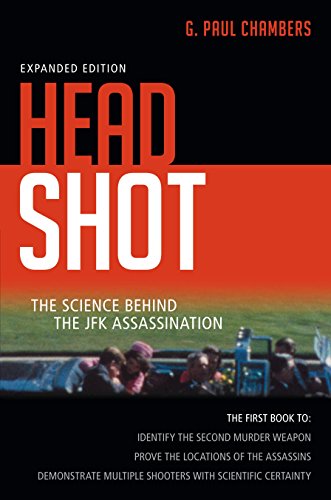 Even though the narrow focus of the book was a little disappointing, I still think it has many merits. He gives an excellent analysis of the Warren Commission as to their methods and motives. He explains the mindset and political group-think that guided and propelled them. And it was based on the idea that unless they found Oswald guilty as the lone assassin, the Soviets would be implicated, and World War 3 would result. Then, 45 million Americans would die in a nuclear holocaust. That is exactly what LBJ told Earl Warren. So, in order to save the 45 million, they had to incriminate Oswald. And the decision to incriminate Oswald was definitely made before they began their investigation. From the start, they assigned a team of investigators to identify Oswald’s motive for killing Kennedy. They hadn’t even determined that he had done it yet! 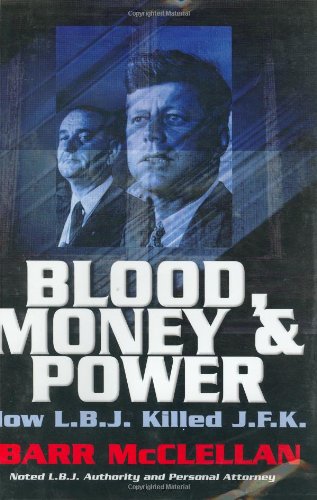 Chambers points out that everyone appointed to the Warren Commission was a lifelong political hack. There were no physicists, no other scientists, no weapons or ballistics experts, no forensic medicine experts or other technical experts: just lawyers and politicians. And consider: Gerald Ford arbitrarily changed the location of the back wound from the back to the neck. He did it openly. And he justified doing it on the grounds that he wasn’t lying but rather “clarifying.” Amazing! He blatantly altered evidence! But, the fact that he could do it – and apparently with the utter conviction that he was acting properly – proves the extent to which American politics warps the mind and corrupts the soul.

Chambers reviews the attempts to duplicate Oswald’s alleged marksmanship. It has never been done. Most shooters could not get off 3 shots in 5.6 seconds – at all – never mind hit any targets. Finally, the WC produced a marksman who got the three shots off in 5 seconds, but he missed all his targets and some by a wide margin. Also, he was given unlimited time to set up the very first shot (a luxury Oswald did not have); he was given stationary not moving targets (again, a luxury Oswald did not have) and he was allowed to use metal shims to compensate for the inaccuracies in the telescopic sight (again, a luxury Oswald lacked). It was a grotesque fabrication – the sham of all shams. 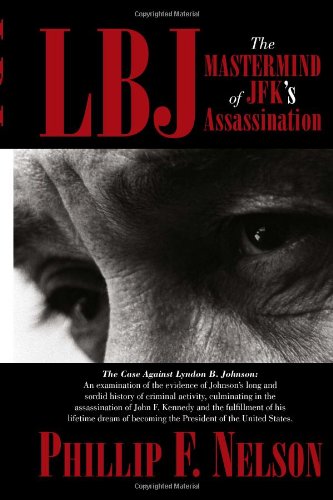 Chambers reviews the eyewitness testimony, and you’d be surprised how many people identified the Grassy Knoll shooter by sight, sound, and the whir of a bullet flying overhead. We’re talking about 50 people. Of course, the Warren Commission ignored all of their testimony. Chambers covers the allegations that Kennedy’s body was altered, citing Lifton’s work and others, and including relevant photos. In his coverage of the HSCA hearings, he focused mainly on the acoustical evidence which pointed to a grassy knoll shooter. The House Subcommittee concluded that there “probably” was a conspiracy, and they recommended that the Justice Department pursue it, which of course never happened. But as an aside, let’s examine why. 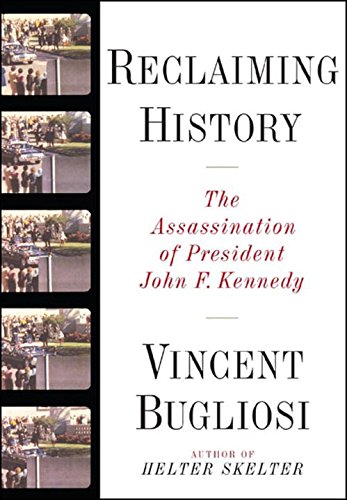 When the HSCA released its findings and recommendations, the year was 1979, and Jimmy Carter was President. Consider that he was the first President who was not directly involved with the Kennedy assassination. LBJ, without a doubt, managed the cover-up, but many researchers believe he was directly involved in the assassination itself. I recommend Blood, Money, and Power: How LBJ Killed JFK by Barr McClellan, who was a law partner of LBJ’s attorney, Ed Clark. Note that Barr McClellan is also the father of Scott McClellan, the former Press Secretary of George W. Bush. Amazing, isn't it, that W hired a man to speak for him whose father accuses LBJ of murdering Kennedy? It goes to show how callous American politics has become. Ah, it was a long time ago, so who really cares, right? Also consider reading LBJ: The Mastermind of JFK’s Assassination by Phillip F. Nelson.

Following LBJ was Nixon. I can’t present all the evidence linking Nixon to the assassination, but I will point out that it’s widely believed that the whole Watergate scandal stemmed from Nixon’s involvement in the JFK assassination. At the time of the burglary, Nixon was way ahead of McGovern in the polls. So why did he need to break into Democratic headquarters? Certainly not to win the election, which was firmly in the bag. It was because he was concerned about “that Bay of Pigs thing” (code for the assassination) and what the Democrats might do out of desperation. Read H.R. Haldeman’s The Ends of Power. Also, do an online search for Dirty Politics: Nixon, Watergate, and the JFK Assassination by Mark Tracy. 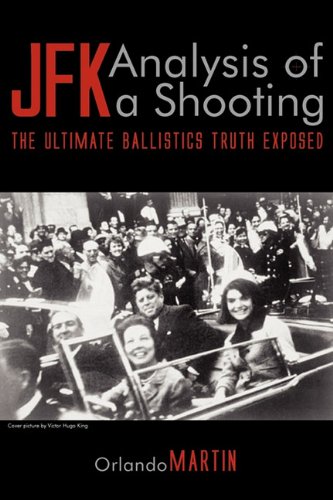 Then came Gerald Ford, who, as I said, blatantly falsified crucial evidence in the Warren Report in order to support the Single Bullet Theory. And then came Jimmy Carter who surely played no role in the assassination, before or afterwards. So why didn’t he do something when the HSCA recommended action? All I can surmise is that although Carter was a Democrat like Kennedy, he was also a member of the Trilateral Commission and the Council on Foreign Relations, and he was keenly aware that the Kennedy assassination was off-limits – to him or any President. And, my own view is that the HSCA was really just Warren Commission II. They did their work and made their recommendations, but it was all for show. They just wanted to quell the unrest and throw the rabble-rousers a bone. Nobody in government wanted to reveal the truth about Kennedyu2018s murder – not then and not now. It’s not a matter of the guilt or innocence of any individuals. The whole moral authority of the government is at stake, and that’s what they’re trying to protect.

But returning to Head Shot, the chapter addressing Vincent Bugliosi’s 2500-page tome Reclaiming History was my favorite. Chambers' scientific rebuttals to Bugliosi’s fallacious arguments are decisive. To my knowledge, Bugliosi has not responded to any of these attacks, and I doubt that he will. As a lawyer, he knows that sometimes silence is the best rejoinder. But, it’s satisfying to know that Bugliosi can hardly be comfortable in his own skin, having written the “last word” on the assassination, self-described as “a book for the ages” only to have it ripped to shreds by Chambers.

Although Chambers accepts the body alteration hypothesis, he rejects, categorically, the charge that the Zapruder film was altered. His arguments are based on the technological limits that existed at the time and on the timeline, and he says all anomalies can be accounted for. But, he never accounts for them. For instance, there is the speed of the limousine. Many witnesses said that it practically stopped during the shooting, and some said that it did, in fact, stop. But you don’t see anything close to that in the Zapruder film. Another odd thing is that some of the bystanders seem to be looking in the wrong direction – as if the limo hadn’t reached them yet when it had. To review the anomalies in the Zapruder film, see this video clip. I don’t recall that Chambers addressed any of these anomalies. 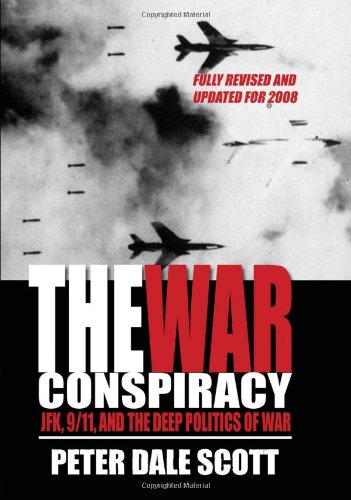 The climax of the book is his analysis of the fatal head shot. He claims to have figured out which weapon was used, a Winchester .220 Swift rifle using small-caliber (.224) frangible bullet. He explains how this rifle stacks up against the “hard math of momentum conservation” when analyzing Kennedy’s head recoil in the Zapruder film. The math is rather dizzying, but here is the conclusion:

“It doesn’t matter if anyone saw or heard shots coming from the Grassy Knoll. It doesn’t matter if anyone saw a shooter in this location or not. Application of the incontrovertible Laws of Physics establishes that the bullet came from the direction of this site. The angle of recoil of Kennedy’s head was 45 degrees with respect to the axis of the limousine body. The direction of the momentum of the incoming round must have been the same angle – relative to the limousine body. A bullet fired at an angle of 45 degrees to the limo axis traces back to the infamous Grassy Knoll. That is where the fatal head shot originated.”

Chambers is less clear about the origin of the other shots. He thinks the throat wound was an entrance wound, probably fired from the Grassy Knoll, but perhaps from another forward location. He’s not sure how many shots struck Connally or their origin. He accepts that one or more shots were fired from the 6th floor window of the Book Depository, but he did no ballistics analysis like that of Orlando Martin. And one omission in Chambers work seems inexplicable to me: He concedes that a bullet entered Kennedy’s back at a downward angle of 45 to 60 degrees (according to the autopsy doctors) but a 6th floor Depository shooter would have been at an angle of only 17 degrees to the motorcade. So, how does that compute? Doesn’t that rule out such a shooter? Ballistics expert Orlando Martin says so, but Chambers does not address it,

It seems that Chambers considered his work finished in proving the origin of the fatal head shot. It proved conspiracy, so the rest doesn’t matter very much. That was my distinct impression of his attitude.

Finally, I wish he would have defended Oswald more vigorously. He did state that the negative paraffin test proved that Oswald did not fire a rifle that day, and that such evidence is court-admissable. But elsewhere, he seemed to equivocate, leaving open the very slight possibility that Oswald was a shooter. That didn’t set well with me. If you read JFK: Analysis of a Shooting by Orlando Martin and JFK and the Unspeakable by Jim Douglass, you will be completely convinced of Oswald’s innocence. Of course, nobody knows what Oswald knew. Nobody knows what his handlers told him. Maybe he did think that something was going to go down that day. What he told Dallas Police investigators has never been released; we have only his public statements. But, if you read the above-mentioned books, you will know beyond all doubt that Oswald did not kill Kennedy, nor did he kill Officer Tippit. Oswald was just what he said he was: a patsy.

So, although Head Shot is never going to be my favorite book on the assassination, it is still a valuable and important work with some very unique elements. G. Paul Chambers has made a lasting contribution to the assassination literature.

The Best of Ralph Cinque

Previous article by Ralph Cinque: Checkmate! a review of JFK: Analysis of a Shooting by Orlando Martin

Deck Chair Politics on the USS Titanic To the Tea Party: Go Screw Yourself