Race to the Bottom

Recently by Peter Schiff: Japan Intervenes to Bail Out America.com

Long ago, before economic models developed their current levels of sophistication, it used to be that the goal of a government’s economic policy was to bring prosperity to its citizens; in other words, to raise the general level of material comfort, while at the same time reducing the amount of toil required to attain that end.

However, due to the blather spouted by modern economists, success is no longer measured in those terms. Instead, governments simply look to pump up nominal levels of gross domestic product (GDP), while simultaneously catering to the needs of entrenched political classes. As exports feed directly into GDP, currency devaluation has been widely used as a means to boost exports and therefore achieve "prosperity." In this model, selling is an end unto itself. There is no focus whatsoever paid to the obviously negative consequences of currency debasement: diminished purchasing power and lowered living standards.

Way back in the 20th century, a nation’s currency was viewed much as a company’s stock price. The reliability, competitiveness, and growth of a national economy usually translated into a strong currency. This system made sense.

Countries that offered the most fertile soil for investment capital or that made products other countries wanted would attract funds from abroad. Demand for the currency of these “blue chip” countries (which was needed to invest or buy locally) would inevitably push up the value of the currency. And so, much as shareholders of successful companies are rewarded by higher stock prices, citizens of successful countries were rewarded with stronger currencies — with which they could buy more goods and services both domestically and internationally, raising their living standards.

But all that has changed in recent years. With a strategy that seems to be taken from the playbook of Sam Walton, governments now look to take market share from competitors by lowering the cost of their exports. To do this, they have adopted a beggar-thyself policy of habitual currency debasement. Although such a move may benefit those who buy the products, it is a burden to the country’s own workers who, like Wal-Mart employees, have to get by on subsistence wages. While the markets like a low-cost provider, this is not a niche that everyone can, or should, fill. While some will compete only on price, more successful ventures will compete on quality and innovation. For every Kia, there is a Mercedes Benz.

Given the US dollar’s status as the world’s reserve currency, America’s oversized status as the world’s biggest consumer, and the influence of overseas export-oriented businesses on their home governments, the falling dollar is a difficult issue for many countries to ignore. And with the imminent arrival of a second round of "quantitative easing" from the Fed, the big guns of dollar destruction are being locked and loaded. The move looks poised to set off a frantic race to the bottom among global currencies, which will have important ramifications for every investor. Unfortunately, this is one race the United States is poised to win.

The goal of those trying to win the race to the bottom is to promote exports and create jobs. However, people don’t work simply for their love of labor. They work so that they can earn enough to consume the things they need and want. Under normal conditions, a nation only exports its production, rather than consuming it domestically, to leverage its comparative advantages. If a country can produce one type of good especially efficiently, it can trade that good for other goods it doesn’t make as efficiently at home. As a result of this process, its citizens will be able to consume more goods than if consumption had been limited to domestically produced goods.

However, when a government debases its currency in order to gain sales overseas, the nation earns less foreign exchange for the goods that it exports. As a result, its comparative advantage is blunted, and its citizens consume less as a result. In other words, as a nation’s currency declines, its citizens are forced to work harder for less. 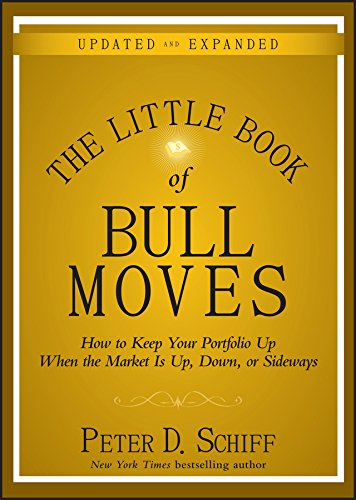 If a department store decided to have a sale in which all of its merchandise were marked down 50%, it will surely sell a lot more stuff. However, it would earn a lot less than if it had been able to sell its goods without marking them down. This is how currency debasement works. Similarly, one way for the unemployed to get work is to accept lower wages. Workers will sell a lot more of their labor if they accept 50% pay cuts. However, are they better off as a result? Relative to being unemployed, the answer is yes — but they would be much better off being employed at full pay.

Last week, Brazilian Finance Minister Guido Mantega made headlines when he mentioned that a worldwide currency war was brewing, with the winner being the nation with the weakest currency. Ignoring the irony of why countries would want to destroy their own currencies, Mantega reasonably warned that the conflict could get out of hand and destabilize the global economy. His comments came in the wake of overt efforts by both the Japanese and Swiss governments to intervene in the foreign exchange market to push down their respective currencies.

The politics of currency intervention are actually quite simple. Japan’s economy is dominated by large manufacturers that export lots of goods to Americans. The problem is that Americans can’t really afford to buy in the quantities that they did just a few years ago. So, instead of looking for new customers with more money to spend, Japanese manufacturers use their political clout to force a bailout of their traditional US customers.

Essentially, in order to protect the status quo of their elite, governments are surreptitiously forcing workers to take pay cuts through inflation. Everyone works harder, but the extra effort does not raise living standards. In fact, despite the added jobs, overall consumption will fall.

The irony for the United States is that its currency debasement plan has little to do with saving export jobs. We don’t have many of those left to save. The government is debasing our currency merely to "pay" its own bills, preserve bank profits and Wall Street bonuses, allow us to continue buying homes we can’t afford, and prevent many service-sector workers from having to find more productive jobs. In return, they will perpetuate an unworkable economic model. So while the US will probably "win" the currency war, we will definitely lose the far more important battle to improve our quality of life.