You Are a Secret Conspiracy Theorist

You! Yes, you, sane and calm, worldly-wise and down-to-earth. You’re not a conspiracy theorist, are you?

Of course not! You don’t go along with plots to hatch and scheme and plans to deceive? Do you?

But do you ever deceive? Do you personally ever participate in deception? (Well…everybody fibs now and then, right? No?) But what about a real deception? You’re not part of one of those…

Would you know if you were? What if most deception is self-deception? (Is it a philosophical question? No, it’s a real-world problem).

So, are you a conspiracy theorist?

But what is a conspiracy? What is conspiracy but deception between two or more individuals or parties? In simplest terms, a “conspiracy” is first and foremost an untruth, or deception – a lie – told by one person, or by many people, to another person, or to many people. Have a gander:

“The arguments for a conspiracy theory are indeed often dismissed on the grounds that no one conspiracy could possibly control everything. But that is not what this theory sets out to show. Quigley is not saying that modern history is the invention of an esoteric cabal designing events omnipotently to suit its ends. The implicit claim, on the contrary, is that a multitude of conspiracies contend in the night. Clandestinism is not the usage of a handful of rogues, it is a formalized practice of an entire class in which a thousand hands spontaneously join. Conspiracy is the normal continuation of normal politics by normal means.u201D ~ Carl Ogelsby [Read all about it]

Oh, but you’re not a u201CConspiracy Theorist,” are you?

Sure you are! You’re soaking in it! You’re paying for the privilege.

Challenge: Name a popular movie, television program or book, whose premise is not based on the fact that human beings deceive themselves and each other. Go through the list of top-grossing films, or pieces of fiction and non-fiction in any media form – and count the number that are about crime and/or deception, i.e.:

…and/or any other kind of lie, propagated as truth; or whose discovery forms the basis for the drama or comedy.

Some examples? Let’s get to the heart of it – the greatest author in the English language, William Shakespeare (or, Edward de Vere, perhaps), wrote tragic comedies and comic tragedies, all based in deception, misheard and misunderstood information, and secrets shown to the reader but kept from the players till the end was in sight.

And where are we to go after Shakespeare? Name a novelist, name a drama, name a genre. All compelling drama is based on obfuscation. All dramatic tension is based on deception, all catharsis on revelation of what has been hidden.

Jump to the present. During the years of the Bush (Jr) administration, Hollywood responded to its distaste for the man and his cabinet through an act of wholesale self-deception and denial, and created, out of whole cloth, their “real President” fantasy, The West Wing. They invented a sane, “liberal” president to distract themselves from the international war-mongering, and intrigue-heavy Bush years. (But even in the fictional program, conspiracies abounded!)

How about movies? Genre by genre: 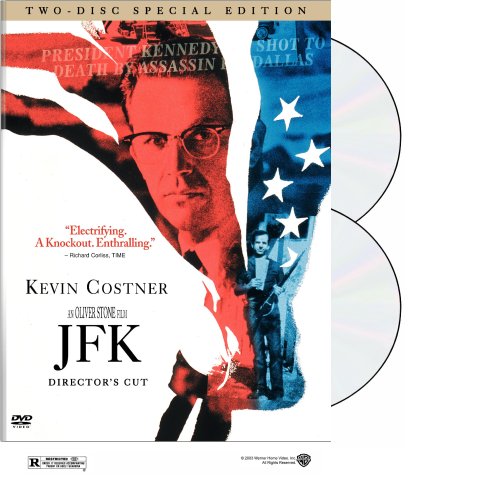 Drama: The Constant Gardner (deadly drugs for Africans – covered up by murder!), Blood Diamond (murder and slavery of Africans – covered up by murder!), Thirteen Days (the U.S. teeters on the brink of nuclear war with Russia – a president is pushed by his war cabinet into conflict, he resists, and the nation rises!), JFK (and falls), The Godfather (Senators, businessmen, captains of industry play dirty, dirty, dirty pool; nice Italian boy consolidates power through paid assassination of his rivals), The Da Vinci Code (Jesus loved Mary Magdalene! No, I mean LOVED her!);

Television: Gray’s Anatomy, The Bachelor, The Bachelorette – dens of intrigue and deception! Jersey Shore – how many betrayals can a bunch of brawling, drunken morons stand!

What about comedy? How about Three’s Company – every episode was based on the perpetration and dramatic discovery of a lie, leading to some grand sexual misunderstanding.

All of Oscar Wilde’s work, all of Jane Austen, all of the Bible, is based on the discovery of information not previously known, because it was consciously or unconsciously suppressed by a person, agency or nation.

How about M*A*S*H, the situation comedy based on — the Korean War! The comedy hinged on the fact that a couple doctors – Hawkeye Pierce and Trapper John McIntyre – recognized that the “police action” in South Korea was actually an illegal war. And further, that war – the practice of a few powerful human beings sending thousands or hundreds of thousands of powerless human beings to fight and kill and die, for reasons of economy or ego – that war is, from a strictly logical and humanitarian point-of-view, a lie. A conspiracy to defraud the masses of their lives and livelihoods.

And how about you? You, tapping away on your “iDevice,” are part of an immense, networked conspiracy, whose intent it is to buy and sell products, manufactured using materials from all over the world, derived from mining and electronics work done by wage slaves in Asia and India, to produce little machines for the wealthiest 10 percent, so that they can distance themselves from engaging in reality, at all times, by tapping on little blinking glass screens – all the while paying 200 dollars, plus 40 dollars a month for the privilege.

The Best of Liam Scheff

Liam Scheff is a journalist and radio host. He is author of “Official Stories,” which details the hidden history of vaccination and modern medicine. Find him on The Energy Show, the Robert Scott Bell Show and at his website.

Previous article by Liam Scheff: 'We're All at Risk'

Upset the Applecart, Blago Is America On the Verge of a Soviet-Style Collapse? Ron Paul Says Yes, and That's a Good Thing