'Miracle Nutrient' That Cured Man on the Brink of Death...

Recently by Joseph Mercola: 93 Percent of Women Wash Their Hands Versus Only 77 Percent of Men

When a King Country dairy farmer came down with a serious case of swine flu, intensive care specialists said there was no hope. They were set to pull him off of life support, but his family refused to give up.

The family demanded that the doctors try high doses of Vitamin C. The hospital told them it wouldn’t work, but the family insisted. They had to hire a lawyer to get their way – but their actions saved the man’s life.

Click the link below to see a news report of this amazing story.

The 18-minute long New Zealand News3 video report shows the compelling story of Allan Smith, a man conventional doctors claimed “could not survive,” after contracting a severe case of swine flu in June of last year.

But they were wrong.

Allan’s family refused to accept the hospital’s hopeless prognosis and the subsequent decision to turn off his life support. Instead, his family insisted the hospital try high dose intravenous (IV) vitamin C.

You’d think the hospital would have willingly agreed. After all, none of their conventional treatment methods had worked. The entire intensive care unit staff declared he was beyond hope.

Yet one medical expert after another, throughout this nine week ordeal, refused to administer intravenous vitamin C!

They simply “didn’t think it would work,” and dismissed it.

The family ended up enlisting a top legal expert to fight for their right to have vitamin C administered. This case illustrates just how difficult it may be to get a conventional hospital to concede to measures that fall outside the scope of conventional medical practice – even when the suggested treatment is FAR safer than any drug alternative.

And in this case, they had absolutely NOTHING to lose by taking a wild chance… They had already given up and claimed he was as good as dead! And yet they resisted every step of the way.

Fortunately, this man’s family was both resourceful and insistent.

Another recent example illustrating the necessity to think for yourself and not allow yourself to be railroaded by narrow-minded doctors is this one, where CNN Health writer Elizabeth Cohen discusses the positive outcome her mother experienced once she decided to buck the system by being a “bad” patient.

The story of Allan’s recovery has become known as “one of the most remarkable and controversial turnarounds in New Zealand medical history.” And for good reason.

It’s not every day someone walks away from the brink of certain death.

What makes this story even more remarkable, is the fact that once admitted to the hospital with swine flu, Allan was also diagnosed with leukemia, which dramatically worsened his chances of recovery.

Vitamin C expert Dr. Thomas Levy initially sent me Allan Smith’s case report over a year ago, and I’m thankful for his contributions to this follow-up article as well. 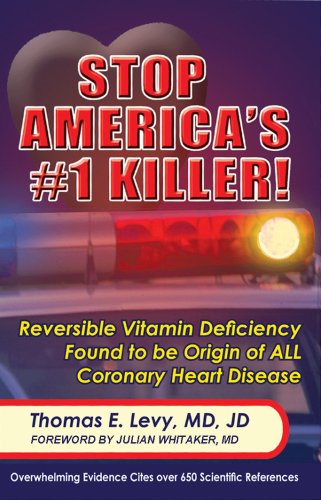 Dr. Levy is the author of several books, including Curing the Incurable: Vitamin C, Infectious Diseases, and Toxins, and Stop America’s #1 Killer, a book about vitamin deficiency and heart disease. He’s also written extensively on topics such as dental toxicity issues from mercury amalgams and root canals, vaccine safety, and the clinical uses of vitamin C for infectious diseases. Dr. Levy went to New Zealand in the middle of the furor following the 60-Minutes program about Allan’s case and gave a PowerPoint presentation, “Vitamin C: The Facts, the Fiction, and the Law.” This presentation is available on the home page of his website www.peakenergy.com, along with more information about vitamin C use. The Smith family had contacted him for advice, and he’d referred them to John Appleton in New Zealand. Appleton provided a lot of information on vitamin C and referred the family to CAM (Centre for Advanced Medicine), www.camltd.co.nz in Auckland.

According to Dr. Levy, adequately dosed vitamin C, to his knowledge, has never failed to cure an acute viral syndrome, and Allan’s case couldn’t be a better demonstration of the curative power of vitamin C.

Not only did the vitamin C cure Allan’s swine flu infection, but after spending nine weeks in an induced coma, he walked out of physical rehab after 13 days as opposed to the predicted three months.

Even more astounding, today, just over a year later, he also has no further signs of leukemia…

According to Dr. Levy’s case report, the vitamin C doses administered to achieve this astonishing turn-around were:

To the Smith family’s shock, a new hospital consultant decided to discontinue the vitamin C treatment at this point, which led to further battles with the hospital administration.

One week later, the intravenous vitamin C (IVC) was restarted, but only at one measly gram, twice daily. Still, despite this tiny dose, his recovery slowly continued. Once Allan regained consciousness, he started taking 6 grams of oral Lypospheric vitamin C a day, at which point he began to rapidly improve.

The family firmly believes that had the hospital continued administering IVC at the recommended high dosage, Allan’s recovery may have been far more swift.

Dr. Levy is a great resource and has written about the mechanics of vitamin C and how it works to treat infectious diseases such as the flu. You can find one such article here.

Oxidation, caused by free radicals in your body, involves the loss of electrons.

Vitamin C is a major antioxidant, and according to Dr. Levy, perhaps the most important “electron donor” to maintain optimal electron flow in your cells.

Using vitamin C to combat infectious diseases is not new.

In 2005, the Orthomolecular Medicine News Service (a non-profit and non-commercial informational resource), published findings that vitamin C beats bird flu and other viruses, stating that:

For severe types of influenza, such as bird flu, they recommend the following dosages:

“Severe cases may require 200,000 to 300,000 milligrams of vitamin C or more, given intravenously (IV) by a physician. This very high dosing may be needed since the Avian Flu appears to consume vitamin C very rapidly, similar to an acute viral hemorrhagic fever, somewhat like an Ebola infection.” 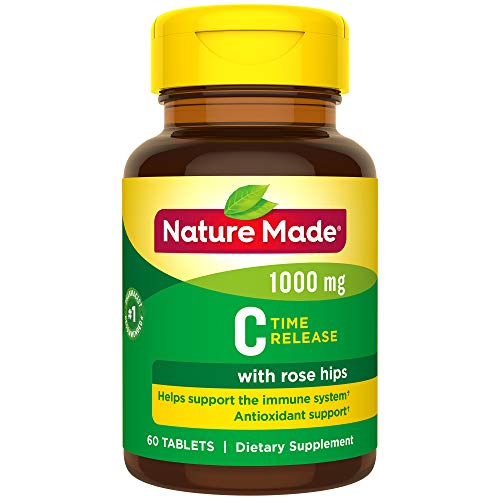 They even state that vitamin C, at saturation, can replace antiviral drugs.

Here are three other sources discussing the remarkable benefits of vitamin C for infectious diseases such as the flu:

A Word of Caution about Vitamin C Supplements

It’s important to remember that every nutrient you ingest raises or lowers up to nine other nutrients in your body.

For example, taking large doses of vitamin C (ascorbic acid) on a regular basis lowers your level of copper, so if you are already deficient in copper and take high doses of vitamin C, you can compromise your immune system.

So, whereas temporarily taking megadoses of vitamin C supplements to combat a case of the cold or flu is likely not going to cause a problem, for long-term, daily use, your best bet is to eat a diet high in organic vegetables and fruits that are minimally processed.

Not only will you get vitamin C, but you will get all the other accessory nutrients and micronutrients that are needed to optimize it.

Yet Another Potent Alternative to Dangerous and Poorly Tested Flu Vaccines 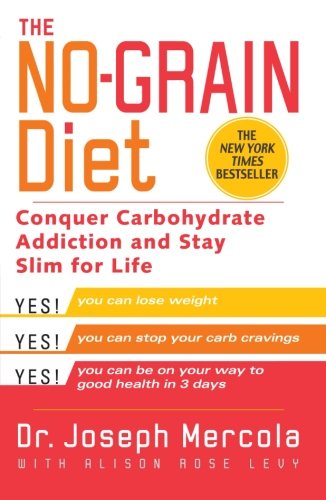 Fortunately, Allan’s case of swine flu was unusual. As you probably know by now, the swine flu epidemic actually turned out to be far milder than previous flu seasons…

Meanwhile, the pandemic influenza vaccine has turned out to be highly reactive – more reactive than previous influenza vaccines. In addition, we also know that the most commonly used flu drug Tamiflu comes with a laundry list of potential dangers, from blackouts to brain infections, to neuropsychiatric events, and death. (Allan also received Tamiflu, which had no effect whatsoever against the raging infection…)

I mention all of this because since Allan’s swine flu infection was extremely severe, it has the potential to frighten some people into wanting to take any measure available to avoid a similar fate.

But it’s important to realize that your chances of avoiding such an infection by taking the flu vaccine was, and still is, slim to none.

That said, isn’t it comforting then to know there are at least two viable alternatives to conventional flu treatments?!

The other alternative, in addition to vitamin C discussed above, is vitamin D, which I have already mentioned in previous articles.

Although the studies proving vitamin D’s protective powers against the flu do not include the swine flu virus specifically (it’s too new to have been included), there are compelling reasons to believe it can offer protection against swine flu (H1N1) as well.

Canada has since vowed to investigate vitamin D’s protective potential against the H1N1 virus specifically, but as you probably know, flu viruses mutate each year, yet people with sufficient vitamin D levels appear more or less immune to the seasonal flu regardless of which strain is currently in circulation.

There is so much compelling evidence, I believe maintaining optimal vitamin D levels year-round is one of the absolute best strategies for avoiding infections of ALL kinds, including severe influenza strains.

One of these compelling pieces of evidence is the research indicating that vitamin D deficiency is likely the TRUE culprit behind the seasonal flu – not the flu virus itself.

That’s a radically new line of thinking, and it makes all the sense in the world.

If you are coming down with flu-like symptoms and have not been taking vitamin D on a regular basis, you can take 50,000 units a day for three days to treat the acute infection.

Some researchers like Dr. Cannell believe the dose could even be as high as 1,000 units per pound of body weight for three days.

That said, there’s still the possibility that vitamin D won’t work, even in these mega-doses, if you’ve never been exposed to the antigens before.

Ultimately, your best bet is to maintain healthy levels of vitamin D between 50-70 ng/ml year-round. For more in-depth information about test values, recommended labs, and the treatment of vitamin D deficiency, please review this previous article.

To find out even more important information about vitamin D, I strongly recommend you watch my one-hour free vitamin D lecture along with my video on vitamin D’s role in flu prevention.

Previous article by Dr. Joseph Mercola: What's the Single, Most Effective Way to Stop the Spread of Infections?

Darth DOD No Fascist Feel-Ups for Me or My Daughter