I watched an interview with Bob Woodward about his new book, Obama’s War. It was mostly inside-dopsterish Woodward at his worst. But at the end a young anchor asked him what the U.S. attacks in Pakistan were going to produce in the near future. He smiled in his all-knowing and impish way, said he could not really say [of course], but “I think you should strap yourself in!” Translation: you ain’t seen nothing yet, so hang on Sloopy and fasten your seatbelt for a wild ride ahead.

This time he was right. In the last few days since then the U.S. has openly attacked Pakistan twice and today the enraged and humiliated Pakistani military shut the vital U.S. supply lines from the Pakistani ports into Afghanistan. Supplies are the carotid and aorta of U.S. and Nato forces in Afghanistan where they are already losing the nine-year-old war.

I doubt the Pakistanis will actually launch military attacks on the U.S. at this point. But they are showing they mean business. They don’t plan to be another victim of American imperialism any more than they already have been. They are not a defenseless Cambodia or Afghanistan the U.S. can bomb into the stone age without serious fighting.

I have said for the past few years that the U.S. was pushing Pakistan into civil wars and disintegration that would lead to the overthrow in some way of the totally corrupt puppet regime there. Several days ago the Pakistani military told the regime they’ve had enough and now demand effective action to deal with all of Pakistan’s ghastly problems.

The U.S. is already fighting the vast Pashtun nation of roughly 40 million in fierce and effective fighters in the whole Afpak region who have finally gotten some of their vast forces well enough trained and armed to defeat U.S. and Nato forces piecemeal in the ancient guerilla ways they use. They are already defeating the U.S., which is why Obama et al. have increased the drone murders of Pakistani Pashtun drastically and are now openly attacking with Special Ops and helicopter gun ships. 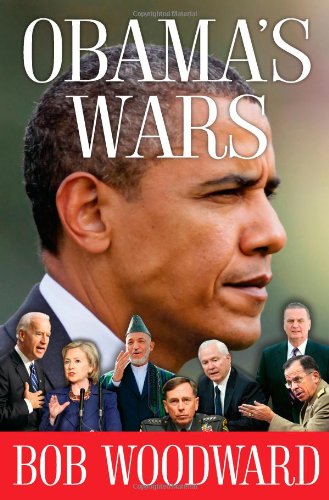 The U.S. is blinded by Hubris and wounded Vanity and cannot see that no one but the criminals getting U.S. payoffs support the U.S. regime in Kabul. Everyone is attacking the U.S., Nato, and the Kabul Criminal Regime. The now open cyber-warfare against Iran will encourage Iran to secretly ship more weapons to the guerillas and they may unite with Pakistan to crush the U.S. between them. They can each field many millions of trained and armed young men who loathe the U.S. Everyone in Pakistan except the criminals now loathe the U.S., who used to be their trusted ally.

The U.S. fortress in Baghdad, the Green Zone, is now a free fire target for Shia Iraqis. Their mortars have hit the Green Zone on at least 22 days in Sept., a vast new record, especially for the Shia. The Americans say the Iranians are sending weapons to the Shia.

If the U.S. forces the Pakistanis, the Pashtun, the rest of Afghanistan, Iran, and the Iraqis into an alliance of sorts against the U.S. in the whole region, they could send tens of millions of young men into battle against the tiny U.S. forces, They have a population of around 300 million and an average age that is very youthful and gives them an immense numerical superiority over the U.S.

If anyone can unite them against us, it’s Obama and his mickey mouse strategists at the Pentagon and White House and State Department.

The Pashtun have a favorite strategy of suddenly uniting in the hills to surround and annihilate an invading army. The "Pakis" and Persians and Arabs in Iraq are good at that too.

Previous article by Jack D. Douglas: In the Age of Kagan