The TSA: Always Infuriated at Taking What It Dishes Out

At last! Someone has finally dealt in kind with the sociopaths the Transportation Security Administration (TSA) sics on innocent passengers! "Two U.S. air marshals who arrested the wife of a Brazilian judge on a flight [from Houston, TX,] to Rio de Janeiro … were themselves arrested and had their passports confiscated by Brazilian authorities…"

Sure, Michael Roberts, Darron Derrick, Steve Bierfeldt, and other outrageously brave, often unsung dissidents have blackened the TSA’s all-seeing eye. And in the best of all worlds, the gentlemen on this flight rather than fellow though foreign rulers would have risen to the lady’s defense, threatening the marshals with exile to the aircraft’s wing if they couldn’t behave themselves. But it takes armed thugs to conquer armed thugs — and, most deliciously, to send them skittering home with their tails between their legs: the humiliated duo "fled the country" despite their missing passports and a date with Brazil’s courts.

Perhaps because the TSA tried to keep this embarrassment quiet ("A Transportation Security Administration official, contacted by CNN on the day of the incident, confirmed that air marshals had confronted a u2018disruptive passenger’ on [Continental Airlines’] Flight 128, and said that U.S. officials were working with their Brazilian counterparts to resolve u2018an issue,’ which the official declined to discuss"), the story is only now hitting the headlines though the goons assaulted Mrs. Judge three weeks ago. She "appeared to be intoxicated [and] tried to serve herself drinks by going to the plane’s galley…" That’s one way to handle the inhospitable, puritanical hypocrites staffing airlines now. "The plane’s crew asked air marshals to intervene [sic for u2018babysit’], and two marshals approached the woman…"

Did airlines’ revenues come entirely from customers, the "plane’s crew" would have assisted rather than abused this patron. They would have been far more interested in pleasing her than in forcing her compliance with silly regulations. But aviation depends heavily on government’s subsidies and favor — so heavily, in fact, that the industry is to all intents and purposes nationalized. Guess who wins any contest between passengers and political mandates.

Meanwhile, recall the excuse for mile-high cops: they supposedly protect passengers from terrorism, not the aircraft’s bar from its captive customers. "The Federal Air Marshal Service promotes confidence in the nation’s civil aviation system through the effective deployment of Federal Air Marshals (FAMs) to detect, deter, and defeat hostile acts targeting U.S. air carriers, airports, passengers, and crews." Hard to credit a lush pining for another drink with plotting any such "act." Count on the police state to twist happy hour into Al Qaeda’s latest plot. 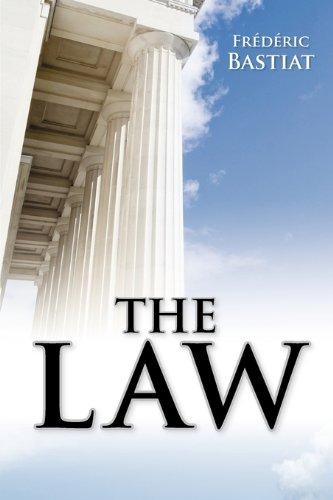 Mrs. Judge gave as good as she got. Not only did she "struggle" with the brutes, she also bit one as they cuffed and arrested her. You might hope grown men would disdain ganging up on a lone member of the weaker sex, but the Amerikan Empire not only urges its minions to barbarity, it rewards them for it.

Things improved once the plane landed. "At the Rio airport, the air marshals went to turn over the woman to local authorities but were themselves brought before a federal judge …" Let’s hear it for Brazil! Would that America’s "local authorities" and "federal judges" were as zealous about protecting us from ruffians! The judge "charged [them] with misdemeanor counts of assault" while "Brazilian authorities took the air marshals’ passports, so they could not leave the country and set a court hearing for the following week, sources said." Yeehaw!

We might assume that "Federal Air Marshals [, who] … have an ever expanding role in homeland security and work closely with other law enforcement agencies to accomplish their mission" would respect their fellow Warriors, even those from other Homelands. But no. Like everything else about the War on Terror, its combatants and their convictions are bogus. These particular fakers "used alternate travel documents" — oh, the circumlocutions by which the mainstream media shields its god, the State! — "and quietly departed the country on a commercial flight that same day without the knowledge of the Brazilian court officials who had sought their detention." Rich, isn’t it? If you or I pulled this stunt, CNN would report that we’d forged or stolen passports and illegally sneaked out of Brazil while damning us for defying our masters.

Like all fugitives, the marshals have their reasons and excuses: "One source said the air marshals believed the charges against them were retaliatory because the passenger they arrested is the wife of a prominent Brazilian judge." He’s probably right, as far as that goes: somehow, I doubt Brazil’s feds would have been nearly as peeved had Mrs. Prominent Judge been Mrs. Unknown Auto Mechanic or Mrs. Mere Taxpayer instead.

But unfortunately for the marshals, Leviathan’s Brazilian myrmidons get as excited as ours when foreigners attack one of their own. And so "the air marshals believed it was to their benefit to leave the country and let the U.S. and Brazilian governments resolve the dispute, the source said." I daresay "authorities" haven’t yet caught the assailant who doesn’t believe it’s to his "benefit to leave the country." The difference is that Brazil’s rulers wouldn’t look the other way while a lowly serf did so, nor would their American counterparts "resolve the dispute" in his favor. Indeed, they’d extradite him as fast as politicians raise taxes.

I’m sure you won’t be surprised to learn that the Feds endorse their violent, lawless marshals: "We believe our federal air marshals acted appropriately within the provisions of the Convention on Offenses and Certain Other Acts Committed on Board Aircraft (Tokyo Convention)," an "official" announced. "Air marshals and union representatives … say it is important that Brazil and other nations recognize law enforcement actions taken by air marshals during international flights." I will bet Brazil’s air marshals and union representatives would likewise say it is important that American air marshals during layovers in Brazil recognize law enforcement actions taken by local authorities.

Alas, "the incident … is not affecting relations with Brazil." Which means its tyrants are still scheming with ours: "On Tuesday, Homeland Security Secretary Janet Napolitano met with Brazilian Minister of Defense Nelson Job to discuss strengthening the global aviation system. The United States and Brazil signed a u2018joint statement of intent on aviation security.'” Watch out, passengers.

We close with this bit of lunacy from "Jon Adler, national president for the union that represents air marshals": "u2018In theory we’re all working together to combat the threat of terrorism and we should not let egos or marital relations impact proper procedure and legal protocols."

Yo, Jon: why not work together instead at combatting the insanity that conflates tipplers with terrorists and booze with bombs?

Previous article by Becky Akers: Shills for the TSA

Oppose the Porno-Scanners. Write a Letter (But Not to Washington). Default or Hyperinflation