Now We Know the Cause of Islamic Terrorism

President Obama in warning against the Florida pastor’s plan to burn the Koran stated,

“This is a recruitment bonanza for al Qaeda. You could have serious violence in places like Pakistan or Afghanistan. This could increase the recruitment of individuals who would be willing to blow themselves up in American cities or European cities.”

It’s funny how B.O. (or his predecessor) never cited past American government policies as being a recruitment bonanza for al Qaeda. Only a handful of misguided activists at the Florida church using their own property and their privately acquired copies of the Koran have such an effect in the President’s view.

Here is a partial list of the past as well as some on-going American foreign policy interventions that — by official standards — have had no influence in empowering al Qaeda:

1. The combined British/American overthrow of the democratically elected head of government in Iran in 1953, replacing him with the hated Shah and his secret police who the U.S. trained to murder thousands of Iranians.

2. In 1987 the U.S. militarily supported Saddam Hussein in the Iraqi war with Iran.

3. In 1988 the U.S. ship Vincennes, stationed in the Persian Gulf, shot down a commercial jetliner, killing 290 Iranian civilians.

4. After the Gulf War, the U.S. led an embargo against Iraq, allowing no humanitarian or medical aid. The results, according to UN estimates: 10,000 Iraqi deaths per month with the toll including more than 300,000 children. Then Secretary of State Madeleine Albright when asked said it was "worth it." Albright never retracted her statement nor was it ever repudiated by an American president.

5. In 1998 President Clinton bombed an aspirin factory in Sudan. A number of totally innocent civilians were killed.

6. European armies, rather than native peoples, drew many of the borders in North Africa, the Arabian Peninsula, and southwest Asia.

7. The Saudi government, the Kuwaiti government, and the Afghani government are actively supported with foreign aid by the U.S. despite the fact that they routinely oppress their people. 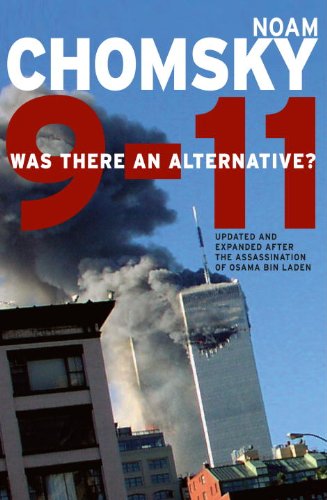 8. The war in Iraq since 2003 that has resulted in a minimum of 97,000 civilian deaths as well as the displacement of more than a million civilians.

But, again according to the official bi-partisan view, none of these actions have caused blowback against Americans or Europeans.

Finally, we know what the CIA meant when it coined the term "blowback" — hostility over Koran burning. Also, we now know what Noam Chomsky, 9-11; Rick Maybury, The Thousand Year War; Robin Wright, Sacred Rage; and Chalmers Johnson, Blowback must have had in mind when the penned their works.

It’s refreshing to know that Koran burning is the provocation that incites the Islamic world and is the only thing we have to end to protect Americans from more terrorism — our imperialistic foreign policy, now under Barack Obama, can continue without any consequence whatsoever.

Jim Cox is a professor of economics and is the author of The Concise Guide to Economics and Minimum Wage, Maximum Damage.

Monetary Freedom, Monetary Magic Amidst the Coming Tensions and War