Because of my legal status as an independent contractor, as opposed to a company employee, I am often asked if I feel that it is fair that I do not receive employer-provided benefits like health insurance and a retirement program. Why is it that I should be responsible for securing those services myself and not my employer? Gasp, don’t I feel as if I’m being exploited?!

Isn’t it ironic that even after history has proven his theories wrong, dangerous, and potentially suicidal, Karl Marx still influences so much of contemporary economic thought?

The idea that businessmen exploit their workers is straight out of Marx’s theory of economics. According to Marx, the relationship between business and labor is one of conflict and exploitation on the part of capitalists. To be fair, Marx was reacting to the crony capitalism of his day. Many businessmen did indeed owe their position to favors from the state, and, unfortunately, this system is alive and well today. However, where Marx identified the business owners as unjust exploiters and framed his analysis of class as one of conflict between the workers and the owners of the means of production, libertarians recognize that it is the state which is the culprit. Our class analysis delves not into the conflict between economic classes, but between political classes, i.e. those who possess political power and those who are subject to that power. In reality, there is no conflict between economic classes at all. In fact, the relationship between business and labor is, or at least in a real free market would be, harmonious.

First, let us dispense with the idea that business owners are the only ones who own the means of production. Every individual owns his labor which is the ultimate source of all production. So all of us are owners of a means of production in this manner. Of course, the difference between a capitalist and an ordinary worker is that the capitalist has accumulated resources and wealth — capital — in order to greatly enhance his ability to produce. In most cases, this includes the ability to buy the productivity of other individuals. In other words, buying their labor. 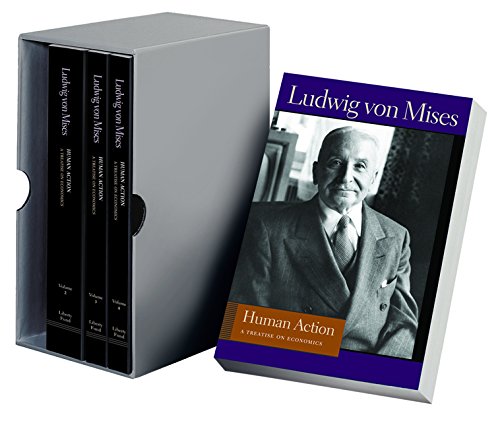 Marxist exploitation theory places workers at the complete mercy of business, but just as businesses must compete against one another to attract consumer dollars, they must also compete against one another to attract workers. Hence, the idea that workers must accept whatever terms they are offered is a fallacy. Reduced to it logical conclusion, this fallacy means that business would be able to drive the wage rate down to zero. Marx’s theory ignores the market mechanism which actually determines the going wage rate: workers competing for jobs drives wages (and total compensation) down; businesses competing for labor drives wages up. The market wage rate is the point at which these two opposing forces intersect.

Since all of us own our labor — our own personal means of production — we must agree to sell it. Forcing us to sell our labor against our wishes is an act of aggression and therefore a crime, either forced servitude or slavery. If the decision to sell our labor, on the other hand, is voluntary and consensual, and if there is no fraud involved, how can this agreement be called "exploitation?"

How can one side take advantage of the other when both sides enter the agreement believing it will improve their condition? This action, and all such actions on the free market, are positive sum; both sides expect to benefit.

Sure, sometimes the alternatives from which to chose are not all that attractive and sometimes our circumstances may move us to do something that we would not do if things were different. For instance, if an eBay user is in need of money and decides to sell his laptop computer for $1000, but he accepts my offer of $800, have I exploited the seller? Of course not. While the seller may have wanted the extra $200, he still valued the $800 more than his laptop so he made the trade. If this was not the case, he could have rejected my offer and took his chances on a better one. Should the government step in and mandate a minimum price for laptop computers on eBay? Well, if that were to happen and the price were set above $800, neither I nor the seller would be happy as the trade to which we both agreed would have been prohibited. 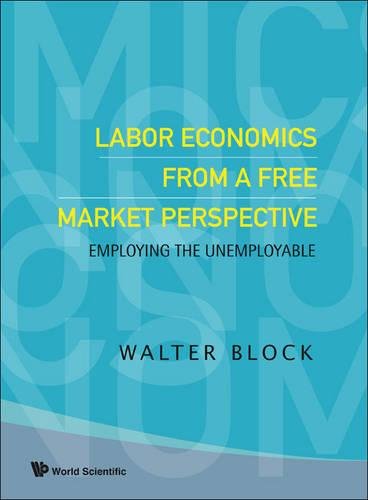 Since our decisions are made based on incomplete and imperfect information sometimes our choices turn out badly; sometimes our short-term desires and what is good for us in the long-term conflict; and sometimes one side does benefit more than the other. But is this "exploitation?" Or is it the result of human action in a world of uncertainty?

The problem comes when we try to apply the concept of "fairness" to decisions ex post, i.e. after the decision has been made and the action taken. Unless force or fraud is involved, when two parties enter into an agreement both parties accept the terms of that agreement including the outcomes which is something they cannot know ex ante. How then is this not fair?

Well, it is, unless one is interested in using the power of the state to impose a better outcome for one side of the trade which will necessarily come at the expense of the other side or a third party, generally tax-payers.

Businesses will use the state to limit competition through regulation and licensing, resulting in a smaller pool of employers with whom the worker can negotiate to sell his labor. This process also erects prohibitory obstacles to the worker if he decides to compete with his company by going into the business himself as regulations raise the cost of doing business, while licensing bars him from entering the field all together. Businesses will also appeal to the state for subsidies paid with tax-payer funds. While this may benefit the worker in his role as an employee of the company since he may receive part of the subsidy, it harms him as a consumer because subsidies are used by inefficient companies to compete with more efficient companies, thus raising the price of products higher than they would otherwise be in a free market.

Likewise, the state forces companies to provide certain benefits for workers. The company may be required to provide a certain level of compensation, health insurance, and family and medical leave; the company also has to pay taxes on behalf of the workers for government programs such as unemployment programs, Social Security, and disability insurance. In a free market, some companies may provide some or all of these programs as an enticement to attract and keep the best workers (a process that still occurs to some extent). Others may not. Market forces would decide what package of benefits was the most desirable and cost-effective for each particular company and worker. Instead, it is political forces that decide these things, and the consumer again loses because prices are higher than they would probably otherwise be.

And what about the workers who would rather receive higher monetary compensation in lieu of benefits? Like all government policies, one-size-fits-all standards benefit some folks while harming others. No one is free to makes choices for himself based on his own situation. In the market, on the other hand, everyone is free to seek out what best fits him.

When the state becomes involved in deciding what is "fair," the result is that everyone seeks to unjustly take advantage of everyone else, to exploit everyone else. We all seek to control the state so that we can impose our vision of fairness on whoever disagrees with us. While the state guarantees conflict, the market promotes harmony.

So the next time you hear someone scream "exploitation," ask yourself if this is really the case or is it just a cry for the state to impose one party’s idea of what is fair onto another party?

And keep in mind that even after it has proven itself an utter failure, Marxist economic theory is still alive and well.

Was There a 'Culture of Violence' in the Old West? Two Americas