C. S. Lewis on Mere Liberty and the Evils of Statism

For decades, many Christians and non-Christians, both “conservative” and “liberal,” have unfortunately embraced an ill-conceived, “progressive” (i.e., authoritarian) vision to wield intrusive government powers as an unquestionable and even sanctified calling for both domestic and international matters, abandoning the Judeo-Christian, natural-law tradition in moral ethics and economics. In contrast, the Oxford/Cambridge scholar and best-selling author C. S. Lewis did not suffer such delusions, despite the gigantic and deeply disturbing advances and conflicts of total war, the total state, and genocides that developed during his lifetime.

Lewis’s aversion to government was clearly revealed in 1951 when Winston Churchill, within weeks after he regained office as prime minister of Great Britain, wrote to Lewis offering to have him knighted as “Commander of the Order of the British Empire.” Lewis flatly declined the honor because he, unlike the “progressives,” was never interested in politics and was deeply skeptical of government power and politicians, as expressed in the first two lines of his poem “Lines during a General Election”: “Their threats are terrible enough, but we could bear / All that; it is their promises that bring despair.”

Lewis had held this view for many years. In 1940, he had written in a letter to his brother Warren, “Could one start a Stagnation Party – which at General Elections would boast that during its term of office no event of the least importance had taken place?” He further stated, “I was by nature ‘against Government.’”

In comparison to such contemporary, “progressive” Christians as Jim Wallis, Tony Campolo, Ronald Sider, and Brian McLaren, who clamor for the foolish and disastrous notion of achieving “social justice” through gigantic government powers (see Robert Higgs’s book refuting the “progressive” myth in American history, Crisis and Leviathan), was Lewis just ignorant or naive about modern realities, or was he aiming at a deeper and more significant purpose? In this article, I only begin to touch on some of Lewis’s many writings pertaining to the subject of liberty and Christian teachings because any truly adequate examination would warrant at least an entire book. 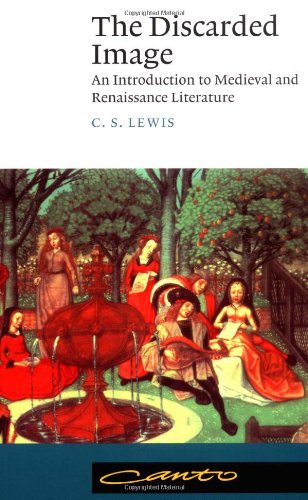 Lewis was unquestionably and profoundly interested in the ideas and institutions that were the basis for free and virtuous individuals and communities, but he was not at all interested in partisanship or campaign politics. He instead focused on first principles, and public-policy matters were of interest only as they pertained to questions of enduring value. As a result of this focus, whereas the work of most modern scholars and other writers quickly becomes dated and obsolete, Lewis’s work has achieved increasing timelessness and relevance. His books continue to sell at an astounding rate, and although Lewis is best known for his fiction, he also wrote superb books in philosophy and theology, literary history and criticism, poetry, and autobiography, as well as at last count more than fifty thousand letters to individuals worldwide.

Throughout his work, Lewis infused an interconnected worldview that championed objective truth, moral ethics, natural law, literary excellence, reason, science, individual liberty, personal responsibility and virtue, and Christian theism. In so doing, he critiqued naturalism, reductionism, nihilism, positivism, scientism, historicism, collectivism, atheism, statism, coercive egalitarianism, militarism, welfarism, and dehumanization and tyranny of all forms. Unlike “progressive” crusaders for predatory government power over the peaceful pursuits of innocent people, Lewis noted that “I do not like the pretensions of Government – the grounds on which it demands my obedience – to be pitched too high. I don’t like the medicine-man’s magical pretensions nor the Bourbon’s Divine Right. This is not solely because I disbelieve in magic and in Bossuet’s Politique. I believe in God, but I detest theocracy. For every Government consists of mere men and is, strictly viewed, a makeshift; if it adds to its commands ‘Thus saith the Lord,’ it lies, and lies dangerously.”

Lewis addressed not only the evils of totalitarianism as manifested in fascism and communism, but the more subtle forms that face us on a daily basis, including the welfare, therapeutic, nanny, and scientistic states. “Of all tyrannies,” he stated, 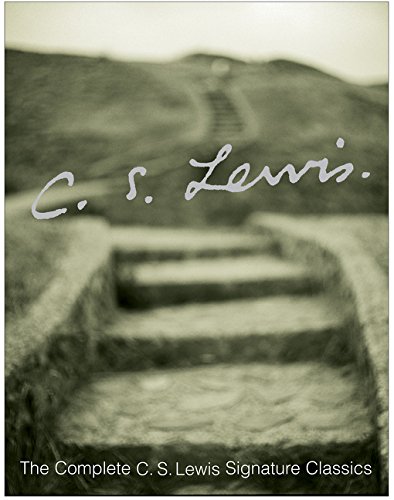 a tyranny exercised for the good of its victims may be the most oppressive. It may be better to live under robber barons than under omnipotent moral busybodies. The robber baron’s cruelty may sometimes sleep, his cupidity may at some point be satiated; but those who torment us for our own good will torment us without end for they do so with the approval of their own conscience. They may be more likely to go to Heaven yet at the same time likelier to make a Hell of earth. This very kindness stings with intolerable insult. To be “cured” against one’s will and cured of states which we may not regard as disease is to be put on a level of those who have not yet reached the age of reason or those who never will; to be classed with infants, imbeciles, and domestic animals.

Throughout his books, he defended the rights and sanctity of individuals against tyranny not just because he opposed evil, but because he considered a life in freedom – including both social and economic freedom – to be essential: “I believe a man is happier, and happy in a richer way, if he had “the freeborn mind.” But I doubt whether he can have this without economic independence, which the new society is abolishing. For economic independence allows an education not controlled by Government; and in adult life it is the man who needs, and asks, nothing of Government who can criticize its acts and snap his fingers at its ideology.” 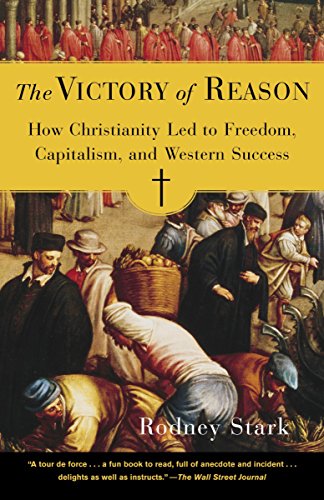 As Rodney Stark discusses in his book The Victory of Reason, Marcus Tullius Cicero and others had contemplated the concept of the self (individualism) and free will before the Christian era, but it was not until Jesus personally asserted in words and deeds the concept of universal moral equality before and responsibility to God and not until Christian theologians made it a central feature of their doctrine that the rights of each and every individual were championed and slavery was condemned. This bold advance in thinking arose in part from the revolutionary insight of methodological individualism in the study of human behavior, wherein the individual is considered primary. As Jon Elster notes, “The elementary unit of social life is the individual human action. To explain social institutions and social change is to show how they arise as the result of the actions and interaction of individuals. This view, often referred to as methodological individualism, is in my view trivially true.” Austrian school economist Murray Rothbard similarly wrote, “The fundamental axiom, then, for the study of man is the existence of individual consciousness.” Ludwig von Mises further stated that “the collective has no existence and reality but in the actions of individuals. It comes into existence by ideas that move individuals to behave as members of a definite group and goes out of existence when the persuasive power of these ideas subsides.” And Stark has pointed out that although almost every other early culture and religion viewed human society in terms of the tribe, polis, or collective, “it is the individual who was the focus of Christian political thought, and this, in turn, explicitly shaped the views of later European political philosophers.”

This focus produced a radical change in a world where, despite notable but limited exceptions of political decentralization, slavery and nearly universal and unyielding despotism had ruled, where people were treated as mere members of a group without rights. With Christianity, each and every person is “a child of God” or a holy object (res sacra homo) who has free will and is individually responsible for the choices he or she makes. In this tradition, Thomas Aquinas stated, “A man can direct and govern his own actions also. Therefore the rational creature participates in the divine providence not only in being governed but also in governing.”

The Best of David J. Theroux