Brussels Has Broken Our Power to Rule

The latest findings of Eurobarometer, the EU’s own polling organisation, show that less than half its citizens now believe it is a “good thing”. In many countries, its popularity is at record lows, and only 19 per cent see the EU as “democratic” (in Britain, Finland and Latvia this is as low as 10 per cent). 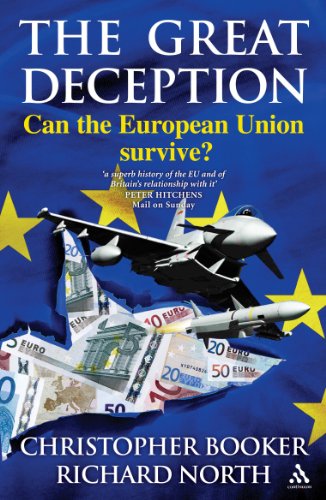 What makes this particularly ironic is that in 2001 the EU’s leaders issued their Laeken Declaration, admitting that the EU faced a crisis through its “democratic deficit”. Their remedy was the process designed to give Europe a “constitution”. After eight years of negotiation, obfuscation, lies and referendum-reverses, they got the constitution they wanted (although they had to disguise it as the Lisbon Treaty). The upshot of this tortuous attempt to “bring Europe closer to its peoples” is that those peoples see the EU as less democratic than ever.

Meanwhile, armed with its new powers, the inflated engine of our EU government rolls on, more power-crazed than ever. It is spending £800 million on setting up its new worldwide diplomatic service, with 100 of its officials earning more than our own shrunken and virtually irrelevant Foreign Secretary William Hague. Also now on the table are the EU’s options for imposing its own taxes, the front-runner being a tax on financial transactions to which Britain, as a world financial centre, would contribute 70 per cent, more than 300 billion euros a year. Britain and the City will also be hit hardest by the EU’s seizure of control over the regulation of financial services.

Our Chancellor, George Osborne, has just conceded the EU’s right to “supervise” the contents of national budgets, taking away much of a power Parliament has exercised for centuries. Britain also seems likely to lose what remains of the EU budget rebate won by Mrs Thatcher, putting up our yearly contributions to the EU by another £3 billion – even though, for every £1 we get back from Brussels for our farmers, we already hand over £2 to farmers in other countries.

The Best of Christopher Booker

Previous article by Christopher Booker: Rise of Sea Levels Is 'the Greatest Lie Ever Told'