Scanners: No Place to Hide

"The only person who is still a private individual in Germany is somebody who is asleep." ~ Robert Ley, a member of the Nazi hierarchy

As the surveillance state expands around us, entangling us in a web from which there is no escape, what we used to call "privacy" is fast becoming a thing of the past. In fact, the very latest governmental assaults on our privacy rights take the form of two portable high-tech scanners that are little more than thinly disguised data collection systems aimed at turning unsuspecting Americans into permanent suspects.

The first device, a license-plate recognition scanner that can sweep a parking lot full of cars in under a minute, uses infrared cameras mounted on police cars to constantly scan nearby license plates and check them against police databases. "Police like the devices for their speed and efficiency but mostly for their ability to record thousands of plates and their locations each day," writes journalist Christine Vendel. "The information is loaded wirelessly into a police database and archived for possible searches later." With such a tool at its disposal, the government can retroactively pinpoint exactly where you were on any given day. And if you had the bad luck to be in the wrong place at the wrong time, the burden of proving your innocence will rest with you.

The second device, a mobile version of an airport full-body scanner, will soon be roaming America’s streets and neighborhoods. Mounted in nondescript delivery vehicles that enable police or other government agents to blend into urban and other landscapes, these roving x-ray scanners "bounce a narrow stream of x-rays off and through nearby objects, and read which ones come back," thereby producing instantaneous photo-like images of whatever the van passes — whether it be cars, trucks, containers, homes or people. In other words, the government can now do drive-by strip searches of your person and your home, including monitoring what you are doing in the privacy of your home. Even though you may be innocent of any wrongdoing whatsoever, every aspect of your life, as well as every room of your house and everything you do in your house will be under scrutiny by government agents — and can and will be recorded and used against you at a later date.

Together, these surveillance tools form a toxic cocktail for which there is no cure. By subjecting Americans to full-body scans and license-plate readers without their knowledge or compliance and then storing the scans for later use, the government — in cahoots with the corporate state — has erected the ultimate suspect society. In such an environment, there is no such thing as "innocent until proven guilty." We are all potentially guilty of some wrongdoing or other.

Moreover, while these mobile scanners are being sold to the American public as necessary security and safety measures, we can ill afford to forget that such systems are rife with the potential for abuse, not only by government bureaucrats but by the technicians employed to operate them. Just consider the abuses we’ve already been forced to endure in the wake of the bumbling underwear bomber’s December 2009 attempt to blow up a Northwest Airlines flight. In the months that followed, the government’s knee-jerk embrace of full-body scanners as a miracle fix rapidly evolved into a headlong and expensive rush to implement scanners in all airports — a program with few guarantees of success and numerous pitfalls, not the least of which is the harrowing toll it is taking on our civil liberties and the risks it poses to our health.

Using either x-ray radiation or radio waves, full-body scanners can "see" through clothing to produce images of an individual’s unclothed body, although they are unable to reveal material concealed in body cavities. Critics have likened the scans to "virtual strip searches" because of the degree to which details of the body are revealed. Female travelers have complained about airport staff ogling their scanned images, while concerns are mounting about subjecting children to such graphic exposure, especially after a 12-year-old girl was scanned at a Tampa airport without her parents’ knowledge or consent. (In Great Britain, full-body scanners are not permitted for use on children under the age of 18, and to use one for that purpose is considered a violation of child pornography laws.) And for passengers with medical implants or prostheses that may appear on scans, the procedures give rise to a whole new world of complications.

Complaints have also surfaced about travelers being subjected to retributive, harsh treatment and excessive searches when they decline a full-body scan. While screening is still optional, refusal to submit to such screenings requires a flier to endure an intrusive manual frisking by airport employees. One woman recounted that the "thorough" pat down she received after opting out of the screening was performed in a publicly embarrassing and "punitive" manner.

Then there are the x-rays themselves, which have prompted concerns about their health risks. For example, David Brenner, head of Columbia University’s Center for Radiological Research, asserts that X-ray scanners may emit 20 times more radiation than previously thought and may pose increased cancer risks. Radiologist Dr. Sarah Burnett warns of possible health risks to pregnant women and fetuses, while other physicians have recommended that pregnant women and children, who are the most susceptible to radiation, steer clear of the scanners altogether.

Despite the incursions into our privacy, risks to our health, and the admitted shortcoming of the scanners’ inability to disclose material hidden in the groin area and body cavities, government demand for the x-ray technology remains high. Then again, if you follow the money trail, which leads straight to private corporations all too willing to exploit national security fears by peddling security technology and equipment via lobbyists and influential Washington figures, this resolute march towards a surveillance state starts to make a little more sense. 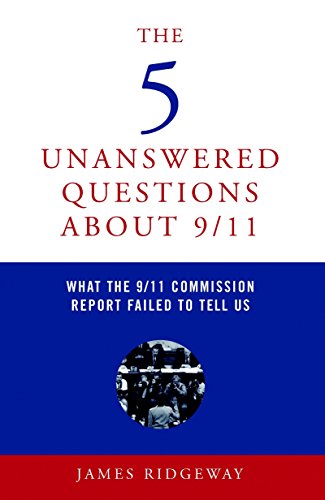 As James Ridgeway, author of The Five Unanswered Questions About 9/11, notes, "Airport security has always been compromised by corporate interests. When it comes to high-tech screening methods, the TSA [Transportation Security Agency] has a dismal record of enriching private corporations with failed technologies." Thus, it should come as little surprise that in the days following the underwear bomber’s foiled attempt, share prices for security imaging production companies skyrocketed and competition for security imaging government contracts turned into a veritable "feeding frenzy."

That barely scratches the surface of the semi-incestuous relationship between mega-corporations and the government. Still, you don’t have to dig too deep to expose the seedy underbelly. The full-body scanner lobby and their private security corporation employers are a chummy group made up of former TSA personnel, as well as former members of Congress and former congressional staff. A perfect example of this is Rapiscan Systems, which retains the Chertoff Group, a security business consultant headed by former Department of Homeland Security Secretary Michael Chertoff. Using the underwear bomber’s failed terrorist attempt to great advantage, Chertoff almost immediately started making the rounds of various media outlets to promote Rapiscan’s full-body scanners. Unless specifically asked, Chertoff did not mention his associations within the security industry — despite the fact that these associations date back to his stint in the Bush administration, when the first Rapiscan scanners were procured by the government, and have resulted in exponential pay-offs for Rapiscan. In 2009, for example, the TSA bought $25 million worth of full-body scanners from Rapiscan with finances supplied by the tax-funded American Recovery and Reinvestment Act. Ironically enough, what this means is that we the taxpayers are paying to erect our own electronic prison.

Make no mistake: Americans are not being resolutely moved into a surveillance state because some guy tried to detonate a bomb in his underwear. Obviously, these corporations, aided and abetted by the government, were waiting in the wings for some half-baked terrorist to give them a reason to spring this on us. And when that happened, corporations did not hesitate to make a killing at taxpayer expense.

And what a killing it is. The TSA plans to roll out a total of 450 full-body scanners by year’s end, with the cost of installing the approximately $150,000-a-pop machines adding up to a whopping $67.5 million — and that’s just for the devices installed in 2010. An additional $88 million is included in the 2011 national fiscal budget for 500 more machines. In order to offset the exorbitant expenditures for further security equipment purchases, some of these costs will inevitably be transferred to passengers. What this means, of course, is that the price of your airplane tickets are going up.

We’ve travelled a long road since 9/11. Among the many abuses we’ve had to endure, we’ve been subjected to government agents wiretapping our phones, reading our mail, monitoring our emails, and carrying out warrantless "black bag" searches of our homes. Reassured that it was for our own good and the security of the country, we let them slide.

Then we have had to deal with surveillance cameras mounted on street corners and in traffic lights, weather satellites co-opted for use as spy cameras from space, and thermal sensory imaging devices that can detect heat and movement through walls. Still we didn’t really raise a fuss.

By the time the government announced its plans earlier this year to install full-body scanners in airports, we barely batted an eye, despite concerns raised about associated health risks, privacy intrusions and amplified costs. Now we’re about to be subjected to these scanners patrolling our streets with government Peeping Toms watching our every move, even in our homes.

Like a Flock of Blind Pigeons Something for Nothing?