In his remarks upon signing the Dodd-Frank Wall Street Reform and Consumer Protection Act on July 21, 2010, President Obama said that "the American people will never again be asked to foot the bill for Wall Street’s mistakes." This was one of the most quoted sound bites in main stream media accounts of the passage of this historic legislation, and rightly so. What better statement from the speech so forcefully and unconditionally conveys Obama’s promise of Hope and Change?

I have waited and waited thinking that surely someone, somewhere would blurt out the obvious riposte to this Presidential claim, and point out the awful significance of the truth, but to date, I have not seen it. So I feel I simply must say it now, or burst.

We will never be asked again to foot the bill for Wall Street’s mistakes? Again? Hey Congress and President, here’s a dose of truth for you! We weren’t asked to bail out Wall Street the first time! There was absolutely nothing voluntary about it. The financial system threatened a complete meltdown only about two years ago, and I still remember exactly what happened. You and the private banking cartel known as the Federal Reserve just bailed it out. In fact, I pretty clearly recall that when then Treasury Secretary and ex-Goldman Sachs CEO Hank Paulson was demanding $700 billion in TARP funds from Congress, making threats that Americans would turn feral if the banking system collapsed and warning Congress that it would have to declare martial law, the American public, which wasn’t asked but which freely volunteered its opinions anyway, disapproved of the bailouts about 99 to 1. I also recall that the American people overwhelmingly opposed the bailout of General Motors as well, but you did it anyway. So Obama, thanks for the reassurance and the noble pledge, if that’s what you think they are, but I’m not really losing any sleep worrying about whether I’ll be asked again to foot the bill for Wall Street’s "mistakes," because I know that asking and listening to the public are absolutely no part of the process. We are the ones who pay. That pretty well sums up our entire role in the system.

Obama’s remark provides a simple case study in the uses of political lies and unction. The reference to the American people is meant to convey to us that we and our government undertook the bailout together, that the government carried it out in service to us and to protect us. His remark also invites the public to experience the passage of the law as a certain emotional and moral catharsis, disarming and defusing dangerous emotions that could threaten the status quo: "Yeah, Wall Street! We bailed you out once, but we won’t do it again, so watch out! There are limits to our generosity! We bailed you out, and you owe us big time! You should be ashamed of yourselves and you better behave! This new law will make sure you do!" Obama is telling us that a new sheriff is in town, thus inviting us to return to our customary passivity and somnambulance, in the belief that new sheriff is going to clean the place up.

(As an aside, Obama’s speech provides a thumbnail sketch of how our system works: we get an implied debt of gratitude from the robber barons and a promise from the government of "never again," they get the money. And by the way, when Obama promises, "never again," please note that what he is implicitly and really saying is that we’re not going to do anything about what happened this time. We’re letting them get away with it and we’re letting them keep the fruits of their plunder. His speech had not one word of pursuing legal action against anyone who created the crisis, and just promised future regulation to prevent repeats. If the architects of the financial crisis were currently in the midst of civil lawsuits clawing back the bonuses they’ve paid themselves over the last decade on the grounds that they were based on fraud, deceit and manipulation, and if they were currently being criminally prosecuted and facing hard time, Obama would not have to promise us, "never again!" He could simply point to the results, and say to the up and comers of the financial industry, you, too, can choose this exciting career path for yourselves, with these devastating consequences to your families!)

The way in which the ruling class has responded to our current financial crisis has demonstrated, far more viscerally and successfully than decades of libertarian or Marxist analysis and critique ever did, that our nominal "rulers," the President and Congress, are little more than complicit agents or unwitting stooges of the oligarchy. The role our President and Congress plays in this system is, appearing in the guise of servants of the people, to sidetrack us from assuming responsibility for ourselves and our own communities. By perpetually holding out to us the promises of a progressive betterment of our condition and easing of our burdens — hope, change, and never again — they defer the day we realize that we must rely upon and act for ourselves. While we make our demands and wait with hope for change, they continue to enact laws essentially purchased by the oligarchy’s lobbyists that reduce us to debt peonage and dependence, impose forced patronage (e.g., the recent health insurance reform act) and, in general, institute a neo-feudalism administered by a centralized surveillance, prison and warfare state. Time spent by us trying to "reform" government to make it work for the people, the way it’s "supposed" to, is just time gained in progressive enslavement. 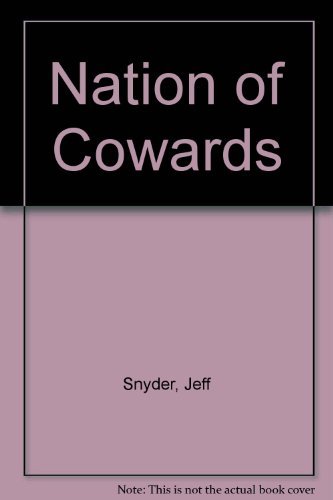 The big lie of the bailouts was that, because we need a banking system, we had to save the particular banks that were "too big to fail" and — surprise! — their existing banker management. No, we could have nationalized those banks and put them in receivership, transferred their deposit and checking accounts to smaller, sound banks, set up a liquidation trust to sell their "toxic" assets, terminate their management, let their shareholders be wiped out, pay off their creditors with whatever remaining value their assets fetch, and prosecute those responsible. This is what we did in the Savings and Loan crisis. The truth is that, when faced with probably the most significant political choice of their lifetimes, our representatives and President chose to save the oligarchy, not the "banking system" that serves the people. 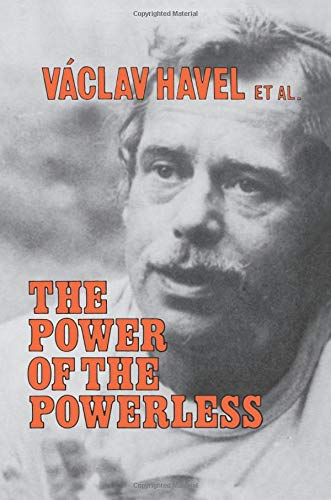 Here’s a fairly reliable guide to analyzing political justifications. Whenever a politician justifies his actions on the basis of a "trickle down" economic theory, such as, we had to bail out the too-big-to-fails in order to save you, or we need to provide corporations with subsidies and tax breaks so that they provide you with jobs, they are, by self-admission and by definition, not acting for the common good, but are instead taxing or regulating you to hand over benefits to the oligarchs. What’s amazing is that they will actually tell you that they are acting to confer great, undeserved benefits upon a tiny group of individuals in the supposed belief and expectation that you will indirectly benefit from the subsidiary effects of that group’s great and good fortune! Our legislators and President are perfectly willing to create, for a select, small handful, a feast so far surpassing the voracity of gluttony that the dogs may adequately feed themselves from crumbs that fall from the table! This, to them, is an acceptable model of "serving the people!" And this is what they offer as justification for their actions — to the dogs! So much can they count on your eagerness to lap up the crumbs that fall from that table, or your numbness or tuned-out apathy, or your downtrodden and brought-to-heel state, that they can safely offer "trickle down" to your face and to their parrots in the media without facing so much as a raised eyebrow in response.

If the concept of a true "common good" — a good that is commonly shared or available directly without having to be provided only to a small, select group of others and then "trickle down" to the remainder by indirect and subsidiary effects — is too far removed from the experience of our legislators and President to understand, and they need a direction for making laws that take from some to give to others, then a "trickle up" theory would be a far better guide for them to follow because it would far better approximate a truly common good. In contrast to our current system, "trickle up" policies would reduce tax and regulatory burdens on labor and favor production, instead of favoring and showering the largest rewards upon the trading of financial assets, would not provide special treatment to rentiers and would, instead, seek to reduce the overhead charged by rentiers.

Returning to Obama’s speech, the take-away lesson is pretty basic. If we really want to end our role as the dupes and rubes of this system, we can’t play along. We have to follow the example of the grocer that Vaclav Havel described in The Power of the Powerless, who refuses to put the party slogan in his store window and thereby stops reinforcing, perpetuating, and creating the mass lie and illusion that the government serves the people. We can’t let the rhetorical flourishes, Calls to Greatness or National Purpose, and the supposed uplifting speeches about the American people, i.e., the manipulation, lies and unction offered up daily by politicians and by their parrots in the press, just slide. We have to call them on it, and say the truth, out loud, over and over again. We have to let them know that, whatever they think about themselves, and whatever they say about how they are here to help and to serve us, we know them by their actions, and recognize them not as public servants or saviors they claim to be, but as what they are: the puppets, stooges and front men of the oligarchy.

The Best of Jeff Snyder

It's Not Just Your Gene Pool The Worst-Case Scenario