As the Melting Pot Melts

Seems the American Empire is imploding. History, morality, and our nagging dyspepsia all predicted it, but still, it’s not a pretty picture. Leviathan at the best of times is treacherous as a courtroom full of ex-spouses; now, wounded and cornered, the beast is even more dangerous. It behooves those who can to flee its death throes, just as countless victims across time and around the world have fled crumbling tyrannies — or tried to.

Unfortunately, emigration from the US makes you an immigrant elsewhere. Yeah, I know: what an insult. Has any threat appalled us more than the aliens and illegals thronging our shores? While our politicians, media moguls, and labor unions preached freedom, thrift, and hard work, the wetbacks undermined it all. Indeed, we can blame the Empire’s disintegration directly on their insidious influence. Everyone knows they flock here not to escape poverty and persecution but for a hand-out courtesy of us taxpayers. Worse, the lazy bums can’t even bother learning English before exploiting our freebies.

No wonder concerned Americans refer to this influx as an "invasion" and insist the Armed Forces should respond. You may deem it overkill, so to speak, to march a battalion with its M16 assault rifles, grenade launchers, M249 Squad Automatic Weapon (SAW) light machine-guns, snipers, and Bradley Fighting Vehicles after families of migrant workers, but that only proves you don’t appreciate the threat three little kids and their exhausted parents pose to our dying democracy. Nor are American patriots alone in their xenophobia; jingoists overseas will likely despise émigrés from the US as invaders, too. 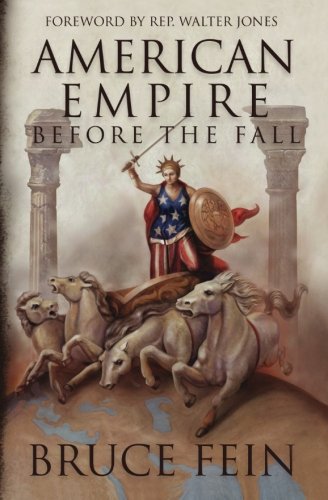 Ergo, I offer the following tips. They should help you avoid, or at least minimize, the opprobrium adhering to the label "immigrant."

As with most endeavors, preparation is essential. So is keeping one’s head in an emergency. It may be that as Our Rulers continue to lose their grip, civil war convulses the country and even kills some of your family. Or China might call our debt while their tanks roll down Times Square instead of Tiananmen Square. Perhaps Providence, so patient this last century, will finally send a couple of tsunamis to flood our east and west coasts. If so, sit tight. Remember the desperate refugees who sought sanctuary here under similar circumstances, and how rigorously Immigration Control and Enforcement — ICE, appropriately enough — guarded us against such riffraff. Why, I’ll bet ICEy bureaucrats protected us from thousands of Cubans alone, not to mention the millions from other nations hoping to inflict cute restaurants with cheap prices on us. You should expect no less from foreign countries’ stalwart defenders.

In fact, whatever disaster overtakes you and your kids, never wail, "We’re gonna die if we don’t get outa here!" Instead, think, "Paperwork!" Recall how irritated you were when Mexicans figured they could just waltz across our borders without so much as a birth certificate, driver’s license, passport, medical records, proof of employment, insurance card, and tax forms, in triplicate, signed and dated, just because some warlord was shooting up their hovels and killing a kid now and again. I mean, they — and you — have other children to replace the dead ones, right? So practice the courtesy you had hoped to receive. Take the weeks or months necessary to assemble your paperwork and then flee the rampaging soldiers, gangs, warlords, or natural disaster.

Otherwise, you’re even worse than an immigrant: you’re an illegal immigrant. That odious criminal so enraged Americans that they embraced every totalitarian tactic politicians devised to repel him: walls to beat Berlin’s on the borders, national IDs, workplace raids, etc. Sans papers, you’ll no doubt horrify your new compatriots to the same extent. Do yourself a favor: dodge the bullets, floodwaters, or whatever and collect your documents before emigrating.

Second, learn to pick fruit and scrub toilets. "But I’m a doctor/engineer/teacher/technician!" you’re protesting — though certainly you’re not serious. The Ideal Immigrant never swipes a job from some worthy citizen in his new home. He realizes that’s no way to ingratiate himself with neighbors deigning to tolerate him. Rather, since he now exists for the benefit of his adopted country, he’ll work long hours for low pay at jobs so onerous no native wants them. The Ideal Immigrant also resists the urge to rant that even newcomers are men and therefore endowed by their Creator with certain unalienable rights, including that of living and working where and how they please. This bizarre belief may have flourished in the eighteenth century, but liberty’s immutable principles have changed since then. Enlightened moderns understand it’s tidier to trust a country’s composition to bureaucratic whim rather than the decisions of millions of individuals. Not to mention how foreigners endanger a nation’s ideology when they espouse opinions contrary to its government. Fortunately, Our Rulers bar such disloyal folks lest they confuse good, red-blooded Americans. 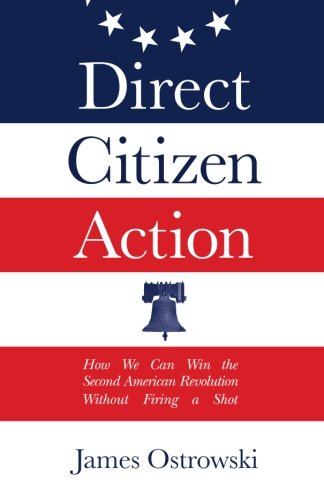 Which brings us to the third point: if your chosen destination has a constitution, don’t believe anything it says — or doesn’t say — about immigration. After all, the US Constitution nowhere authorizes the Feds to control anyone’s comings and goings. Thank God for the Supreme Court: it rescued us from such parlous anarchy by inventing a governmental "interest" in immigration during the 1870’s. But for the Court, Leviathan might never have gained the right to dictate who could live where. Nor did Americans protest this gross violation of the Constitution and natural law. Perhaps they were too relieved that the State was saving their jobs from Chinese immigrants out West. Imagine the Chinks’ cheek, risking their lives to sail the Pacific for work Americans would have performed at higher wages. Look for your host country to abuse its foundational law with equal insouciance.

You may be tempted to select a nation with a Christian heritage as your new abode since the Bible commands hospitality to strangers. Indeed, it lumps newcomers with widows and orphans as folks with a special place in the Almighty’s heart while promising His judgment on those who oppress them. And as if that weren’t enough, there’s the Golden Rule: Christians are to do unto others, including foreigners, as they want others to do unto them.

Alas, American Christians may well be the world’s humblest. They positively relish abasement, given the huge helpings they allow the State to dish out to immigrants. Clearly, they hope others will suspect them of terrorism and abuse them accordingly. And if, as some predict, our expiring Leviathan begins "breathing out threatenings and slaughter against the disciples of the Lord," we Christians must simply endure, just as we figured our brethren overseas could when their governments outlawed the faith. Did we object when the Feds piled barrier on barrier for the weakened, mangled, persecuted Church to leap when seeking asylum here? Or did we nod as our pastors preached subjection to those in authority? Expect no safer haven from the Church militant, for we serve a just God.

The Psalmist proclaims, "The LORD watches over the alien…" God help us if He now demands an eye for an eye.

That NY 'Mosque'How to Survive Without a Salary