Recently by Ron Paul: On the Bloated IntelligenceBureaucracy

Statement by Congressman Ron Paul before the United States House of Representatives on the Fair Sentencing Act.

Extension statement for the Congressional Record:

Madam Speaker, I rise in reluctant support for S. 1789, the Fair Sentencing Act. My support is reluctant because S. 1789 is an uncomfortable mix of some provisions that reduce the harms of the federal war on drugs and other provisions that increase the harms of that disastrous and unconstitutional war. I am supporting this legislation because I am optimistic the legislation’s overall effect will be positive. 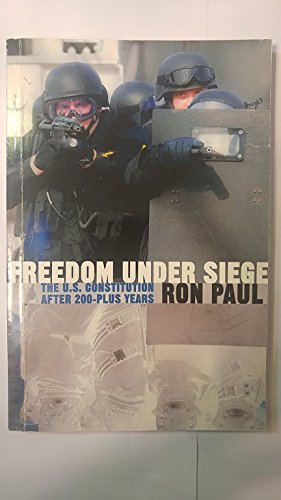 Congress should be looking critically at how we can extricate America from the four decades of destruction that has ensued since President Richard Nixon announced the federal war on drugs in 1972. As a medical doctor with over 30 years’ experience, I certainly recognize the dangers that can arise from drug abuse. However, experience shows that the federal drug war creates many additional dangers, while failing to reduce the problems associated with drug abuse. Like 14 years of federal alcohol prohibition in the 1920s and ’30s, America’s federal drug war has failed to ameliorate the problems associated with drug use, while fostering violence and disrespect for individual rights.

While imperfect, I am optimistic that the Senate bill being considered today will reduce the harms of the federal drug war. I also hope consideration of this legislation will enliven interest in ending the federal war on drugs.

It is unfortunate that the House of Representatives is today considering this compromise legislation from the Senate instead of Rep. Bobby Scott’s HR 3245, the Fairness in Cocaine Sentencing Act. I am an original cosponsor of Rep. Scott’s bill, which passed the House of Representatives Committee on the Judiciary on July 29, 2009 — one year ago tomorrow. Rep. Scott’s legislation is a short and simple bill that repeals a handful of clauses, sentences, and subparagraphs of federal drug laws to eliminate the 100 to one drug weight basis for sentencing disparity for crack cocaine violations in comparison to powder cocaine violations.

While the Senate legislation reduces the drug weight basis for mandatory minimum sentencing disparity between crack cocaine and powder cocaine convictions for many individuals to only 18 to one compared to the total elimination of the disparity in Rep. Scott’s bill, the Senate bill does make a step in the right direction. The Senate bill eliminates entirely the mandatory minimum sentence for simple possession of crack cocaine and reduces significantly the mandatory minimum sentence for many people convicted of crack offenses by raising the number of grams of crack cocaine a person must possess for each mandatory minimum sentence level to apply. In addition, the Senate bill allows courts to show compassion for individuals with compelling cases for leniency by reducing sentences for some people convicted of controlled substances violations who a court determines meet requirements including having minimum knowledge of the illegal enterprise, receiving no monetary compensation from the illegal transaction, and being motivated by threats, fear, or an intimate or family relationship. 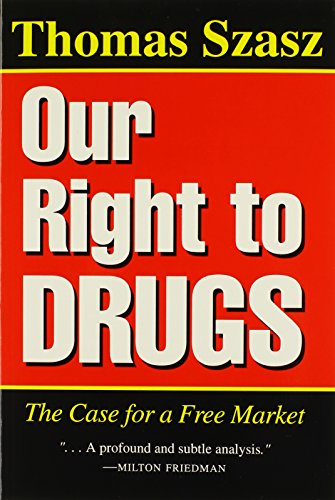 Unfortunately, while the Senate bill reduces some of the most extreme and unjust mandatory minimum sentences in the federal drug war, it also contains expansions of the federal drug war that I fear may yield results destructive to individual liberty and public safety. In particular, the Senate bill significantly increases maximum allowed monetary penalties for violations of federal restrictions on controlled substances and increases sentences for people convicted of controlled substances violations whose circumstances include certain aggravating factors.

Some people will argue that the increased penalties in the Senate legislation are desirable because they target people who are high up in the illegal drug trade or who took particularly disturbing actions, such as involving a minor in drug trafficking. But, the history of the federal drug war has shown that ramping up penalties always results in increasing rather than decreasing the harms arising from the federal drug war. Such enhanced penalties increase the risks of the drug trade thus causing illegal drug operations to be more ruthless and violent in their tactics. Enhanced penalties also can result in even more inflated prices for illegal drugs, leading to more thefts by individuals seeking funds to support their drug use. High monetary fines for drug trafficking also tend to provide police and prosecutors with a perverse incentive to focus on nonviolent drug crimes instead of violent crimes.

Each successive ramping up of the federal war on drugs has made it more evident that this war is incompatible with constitutional government, individual liberty, and prosperity. It is time for Congress to reverse course. I am optimistic that S. 1789 — even with its faults — may signal that Congress is ready to begin reversing course. It is imperative that the House of Representatives pursue a dialogue on how we can end the federal war on drugs — a war that has increasingly become a war on the American people and our Constitution.