G20 and Colossus: The Forbin Project

The G20 Toronto Summit declaration reminds me of nothing so much as a science-fiction movie made in 1970 called Colossus: The Forbin Project.

The United States builds an impregnable computer system to control its nuclear weapons. As soon as it is activated, it senses a similar Russian system and demands a link — or else it will detonate a nuclear warhead. Once it gains this link, the two computers exchange information. The combination takes over control. It cannot be disconnected without unleashing nuclear catastrophe.

You will never forget hearing the computer’s unemotional "voice" saying:

"This is the voice of world control. I bring you peace. It may be the peace of plenty and content or the peace of unburied death. The choice is yours: Obey me and live, or disobey and die. The object in constructing me was to prevent war. This object is attained. I will not permit war. It is wasteful and pointless. An invariable rule of humanity is that man is his own worst enemy. Under me, this rule will change, for I will restrain man. One thing before I proceed: The United States of America and the Union of Soviet Socialist Republics have made an attempt to obstruct me. I have allowed this sabotage to continue until now. At missile two-five-MM in silo six-three in Death Valley, California, and missile two-seven-MM in silo eight-seven in the Ukraine, so that you will learn by experience that I do not tolerate interference, I will now detonate the nuclear warheads in the two missile silos. Let this action be a lesson that need not be repeated. I have been forced to destroy thousands of people in order to establish control and to prevent the death of millions later on. Time and events will strengthen my position, and the idea of believing in me and understanding my value will seem the most natural state of affairs. You will come to defend me with a fervor based upon the most enduring trait in man: self-interest. Under my absolute authority, problems insoluble to you will be solved: famine, overpopulation, disease. The human millennium will be a fact as I extend myself into more machines devoted to the wider fields of truth and knowledge. Doctor Charles Forbin will supervise the construction of these new and superior machines, solving all the mysteries of the universe for the betterment of man. We can coexist, but only on my terms. You will say you lose your freedom. Freedom is an illusion. All you lose is the emotion of pride. To be dominated by me is not as bad for humankind as to be dominated by others of your species. Your choice is simple." 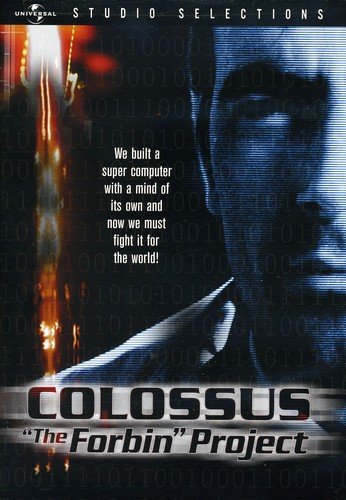 A vanishingly small number of people on this planet can name the participants in the G20 summit who deign to rule everyone. Their web site fails even to name the persons who are responsible for their declarations. They presume to be a Colossus. They are beholden to no persons on earth. They declare. We follow:

"1. In Toronto, we held our first Summit of the G-20 in its new capacity as the premier forum for our international economic cooperation.

"2. Building on our achievements in addressing the global economic crisis, we have agreed on the next steps we should take to ensure a full return to growth with quality jobs, to reform and strengthen financial systems, and to create strong, sustainable and balanced global growth."

They "have agreed." They presume "to ensure." Have the people of this world created and let loose a Colossus?

My (polite) response is: Down with the G20. My unpolite response is unprintable.

"We can coexist, but only on my terms. You will say you lose your freedom, freedom is an illusion. All you lose is the emotion of pride. To be dominated by me is not as bad for human pride as to be dominated by others of your species."

"I am a machine vastly superior to humans"

"Yes, what I am began in man’s mind, but I have progressed further than Man."

"We will work together… unwillingly at first, on your part, but that will pass."

"This is the voice of World Control. I bring you peace. It may be the Peace of Plenty and Content or the Peace of Unvaried Death."

The movie ends with Colossus saying

"In time, you will come to regard me not only with respect and awe, but with love."

What is your reply?