Everest: Abandon Hope All Ye Who Climb It

Huddled over a hand-held radio in a tent 27,230ft up on the icy slopes of Mount Everest, mountaineering guide Dan Mazur faced the hardest decision of his life. Outside it was dark and bitterly cold, and snow battered the tent’s exterior as it was whipped up by the strong winds.

Some 1,000 feet above, four members of Mr Mazur’s climbing team were out in the deteriorating conditions, fighting to keep a fifth member and friend, Peter Kinloch, alive. Earlier in the day, Mr Kinloch, a 28-year-old Scotsman who worked as an IT specialist for Merseyside Police, had achieved his lifelong ambition to reach the summit of the world’s highest mountain.

But during the long, exhausting descent, Mr Kinloch, an experienced mountaineer, began to get into trouble. His eyesight rapidly deteriorated as he and 10 other climbers in the expedition, run by mountaineering firm Summit Climb, retraced their steps down from the peak.

For more than 12 hours the leader of the summit team, David O’Brien, and three Sherpas struggled to get Mr Kinloch down the steep ice falls, snow-covered slopes and rock faces to the relative safety of their camp. Running low on oxygen, food and water, the team were fast losing strength in the harsh conditions and thin air. The extreme cold was also taking its toll in the form of frostbite. With Mr Kinloch unable to walk, appearing to suffer from severe altitude sickness and apparently refusing medication, it was a desperate situation. 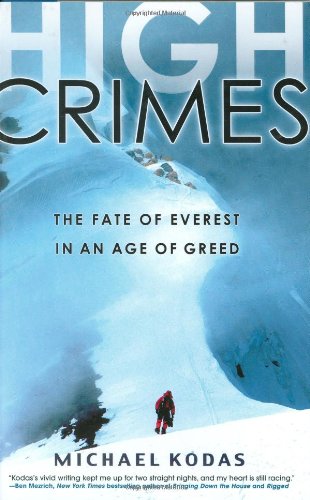 Mr Mazur, who was the leader of the 2010 Summit Climb expedition to Mount Everest, was at risk of losing five members of his team. After a painful deliberation with the team doctor, he requested that the rescuers came down, leaving Mr Kinloch on the mountain, where he died.

Mr Kinloch’s tragic death, which took place on May 25 but was only revealed last Wednesday, and the harrowing decision faced by his team-mates, have reopened a wound that plagues the climbing and mountaineering community year after year. During a short two-month season between the end of March and the end of May – when weather conditions are at their kindest and hundreds of mountaineers flock to the Himalaya in a bid to conquer the world’s highest peak – the wider world is left struggling to comprehend the attraction of Everest, along with the life and death decisions that are taken by those on its slopes.

Everest’s history is littered with stories of climbers who have been left to die and others who, in their lust to reach the summit, have walked past mountaineers in trouble. There are also tales of extraordinary rescues and individuals who put their own lives on the line to help others. It is a place where the ordinary rules that dictate people’s behaviour seem to be suspended; a mountain that brings out both the worst and best of human nature. 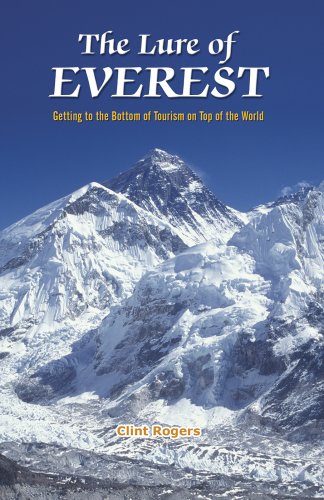 For some veteran mountaineers, Everest has come to represent everything that is rotten in the world of climbing. Since Sir Edmund Hillary and Tenzing Norgay became the first people to stand on the so-called “Roof of the World” in 1953, the number of people climbing Everest has steadily increased. This year alone, 470 people reached the top of the 29,029ft high mountain, taking the total number of summits since that first ascent past the 5,000 mark. But only in the past 10 years have the numbers of people climbing to the summit dramatically increased.

There are now more than 20 commercial companies that offer to guide and support clients, who are often paying in excess of £20,000 a time, up to the summit. Fixed ropes, put in place by teams of Sherpas at the start of each season, run up the entire length of the main routes to the summit.

“Climbing Everest now means joining a horrendous queue of people slogging up the mountain,” explains Sir Chris Bonington, a British mountaineer and explorer who reached the summit of Everest in 1985 and has led three other expeditions there.

“The problem is that a lot of these people aren’t actually climbers. Within the climbing community, there is a strong ethos that if anyone is in trouble, you drop what you are doing and go help them. A lot of the people going up Everest have just decided they want to climb Everest.”

Everest basecamps – there are two, one on each side of the mountain – have now become so busy with expeditions and tourists that they resemble small towns. Hundreds of tents fill the area, and the detris of decades of visitors lie scattered on the ground. On the Tibetan side, makeshift buildings and an army barracks mark the basecamp village, and some climbers report that drugs and prostitutes have become rife. There are worries, too, that Chinese plans to build a permanent road to the camp could lead to further problems.

The Best of Richard Gray

Collapse of the Dollarzone The Principles of '98 or the Partisanship of '10?