Against School How public education cripples our kids, and why

I taught for thirty years in some of the worst schools in Manhattan, and in some of the best, and during that time I became an expert in boredom. Boredom was everywhere in my world, and if you asked the kids, as I often did, why they felt so bored, they always gave the same answers: They said the work was stupid, that it made no sense, that they already knew it. They said they wanted to be doing something real, not just sitting around. They said teachers didn’t seem to know much about their subjects and clearly weren’t interested in learning more. And the kids were right: their teachers were every bit as bored as they were.

Boredom is the common condition of schoolteachers, and anyone who has spent time in a teachers’ lounge can vouch for the low energy, the whining, the dispirited attitudes, to be found there. When asked why they feel bored, the teachers tend to blame the kids, as you might expect. Who wouldn’t get bored teaching students who are rude and interested only in grades? If even that. Of course, teachers are themselves products of the same twelve-year compulsory school programs that so thoroughly bore their students, and as school personnel they are trapped inside structures even more rigid than those imposed upon the children. Who, then, is to blame?

We all are. My grandfather taught me that. One afternoon when I was seven I complained to him of boredom, and he batted me hard on the head. He told me that I was never to use that term in his presence again, that if I was bored it was my fault and no one else’s. The obligation to amuse and instruct myself was entirely my own, and people who didn’t know that were childish people, to be avoided if possible. Certainty not to be trusted. That episode cured me of boredom forever, and here and there over the years I was able to pass on the lesson to some remarkable student. For the most part, however, I found it futile to challenge the official notion that boredom and childishness were the natural state of affairs in the classroom. Often I had to defy custom, and even bend the law, to help kids break out of this trap.

The empire struck back, of course; childish adults regularly conflate opposition with disloyalty. I once returned from a medical leave to discover that all evidence of my having been granted the leave had been purposely destroyed, that my job had been terminated, and that I no longer possessed even a teaching license. After nine months of tormented effort I was able to retrieve the license when a school secretary testified to witnessing the plot unfold. In the meantime my family suffered more than I care to remember. By the time I finally retired in 1991, 1 had more than enough reason to think of our schools – with their long-term, cell-block-style, forced confinement of both students and teachers – as virtual factories of childishness. Yet I honestly could not see why they had to be that way. My own experience had revealed to me what many other teachers must learn along the way, too, yet keep to themselves for fear of reprisal: if we wanted to we could easily and inexpensively jettison the old, stupid structures and help kids take an education rather than merely receive a schooling. We could encourage the best qualities of youthfulness – curiosity, adventure, resilience, the capacity for surprising insight – simply by being more flexible about time, texts, and tests, by introducing kids to truly competent adults, and by giving each student what autonomy he or she needs in order to take a risk every now and then. 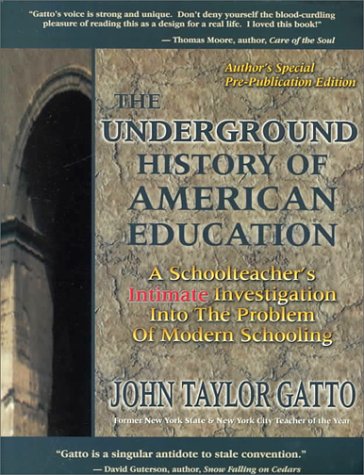 But we don’t do that. And the more I asked why not, and persisted in thinking about the "problem" of schooling as an engineer might, the more I missed the point: What if there is no "problem" with our schools? What if they are the way they are, so expensively flying in the face of common sense and long experience in how children learn things, not because they are doing something wrong but because they are doing something right? Is it possible that George W. Bush accidentally spoke the truth when he said we would "leave no child behind"? Could it be that our schools are designed to make sure not one of them ever really grows up?

Do we really need school? I don’t mean education, just forced schooling: six classes a day, five days a week, nine months a year, for twelve years. Is this deadly routine really necessary? And if so, for what? Don’t hide behind reading, writing, and arithmetic as a rationale, because 2 million happy homeschoolers have surely put that banal justification to rest. Even if they hadn’t, a considerable number of well-known Americans never went through the twelve-year wringer our kids currently go through, and they turned out all right. George Washington, Benjamin Franklin, Thomas Jefferson, Abraham Lincoln? Someone taught them, to be sure, but they were not products of a school system, and not one of them was ever "graduated" from a secondary school. Throughout most of American history, kids generally didn’t go to high school, yet the unschooled rose to be admirals, like Farragut; inventors, like Edison; captains of industry like Carnegie and Rockefeller; writers, like Melville and Twain and Conrad; and even scholars, like Margaret Mead. In fact, until pretty recently people who reached the age of thirteen weren’t looked upon as children at all. Ariel Durant, who co-wrote an enormous, and very good, multivolume history of the world with her husband, Will, was happily married at fifteen, and who could reasonably claim that Ariel Durant was an uneducated person? Unschooled, perhaps, but not uneducated. 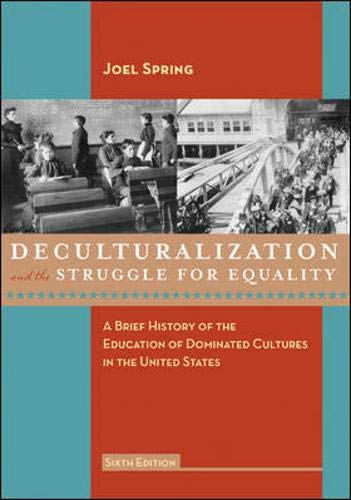 We have been taught (that is, schooled) in this country to think of "success" as synonymous with, or at least dependent upon, "schooling," but historically that isn’t true in either an intellectual or a financial sense. And plenty of people throughout the world today find a way to educate themselves without resorting to a system of compulsory secondary schools that all too often resemble prisons. Why, then, do Americans confuse education with just such a system? What exactly is the purpose of our public schools?

Mass schooling of a compulsory nature really got its teeth into the United States between 1905 and 1915, though it was conceived of much earlier and pushed for throughout most of the nineteenth century. The reason given for this enormous upheaval of family life and cultural traditions was, roughly speaking, threefold:

1) To make good people. 2) To make good citizens. 3) To make each person his or her personal best. These goals are still trotted out today on a regular basis, and most of us accept them in one form or another as a decent definition of public education’s mission, however short schools actually fall in achieving them. But we are dead wrong. Compounding our error is the fact that the national literature holds numerous and surprisingly consistent statements of compulsory schooling’s true purpose. We have, for example, the great H. L. Mencken, who wrote in The American Mercury for April 1924 that the aim of public education is not

to fill the young of the species with knowledge and awaken their intelligence. … Nothing could be further from the truth. The aim … is simply to reduce as many individuals as possible to the same safe level, to breed and train a standardized citizenry, to put down dissent and originality. That is its aim in the United States… and that is its aim everywhere else.

Because of Mencken’s reputation as a satirist, we might be tempted to dismiss this passage as a bit of hyperbolic sarcasm. His article, however, goes on to trace the template for our own educational system back to the now vanished, though never to be forgotten, military state of Prussia. And although he was certainly aware of the irony that we had recently been at war with Germany, the heir to Prussian thought and culture, Mencken was being perfectly serious here. Our educational system really is Prussian in origin, and that really is cause for concern.

The odd fact of a Prussian provenance for our schools pops up again and again once you know to look for it. William James alluded to it many times at the turn of the century. Orestes Brownson, the hero of Christopher Lasch’s 1991 book, The True and Only Heaven, was publicly denouncing the Prussianization of American schools back in the 1840s. Horace Mann’s "Seventh Annual Report" to the Massachusetts State Board of Education in 1843 is essentially a paean to the land of Frederick the Great and a call for its schooling to be brought here. That Prussian culture loomed large in America is hardly surprising, given our early association with that utopian state. A Prussian served as Washington’s aide during the Revolutionary War, and so many German-speaking people had settled here by 1795 that Congress considered publishing a German-language edition of the federal laws. But what shocks is that we should so eagerly have adopted one of the very worst aspects of Prussian culture: an educational system deliberately designed to produce mediocre intellects, to hamstring the inner life, to deny students appreciable leadership skills, and to ensure docile and incomplete citizens in order to render the populace "manageable."

It was from James Bryant Conant – president of Harvard for twenty years, WWI poison-gas specialist, WWII executive on the atomic-bomb project, high commissioner of the American zone in Germany after WWII, and truly one of the most influential figures of the twentieth century – that I first got wind of the real purposes of American schooling. Without Conant, we would probably not have the same style and degree of standardized testing that we enjoy today, nor would we be blessed with gargantuan high schools that warehouse 2,000 to 4,000 students at a time, like the famous Columbine High in Littleton, Colorado. Shortly after I retired from teaching I picked up Conant’s 1959 book-length essay, The Child the Parent and the State, and was more than a little intrigued to see him mention in passing that the modem schools we attend were the result of a "revolution" engineered between 1905 and 1930. A revolution? He declines to elaborate, but he does direct the curious and the uninformed to Alexander Inglis’s 1918 book, Principles of Secondary Education, in which "one saw this revolution through the eyes of a revolutionary."

John Taylor Gatto is a renowned speaker having lectured about education in all 50 states and 9 countries. He taught for 30 years in public schools and was twice awarded the New York State Teacher of the Year. Mr. Gatto resigned from school teaching in the op-ed pages of the Wall Street Journal because he no longer wanted “to hurt kids to make a living.” Demonstrating unsurpassed bravery in his condemnation of government-monopoly compulsory schooling, he is known as “The World’s Most Courageous Teacher.” He is the author of A Different Kind of Teacher, The Exhausted School, Dumbing Us Down, ‎Weapons of Mass Instruction, and The Underground History of American Education, having sold over 200,000 copies, and co-creator of the epic 5-hour DVD interview, The Ultimate History Lesson: A Weekend with John Taylor Gatto. Learn more: www.JohnTaylorGatto.com
Why I Gave Up My U.S. Citizenship, Part IIFingered for the Secret Police?