For over a century, cops and detectives have been icons of American masculinity. Combining brain power and brute force, these gumshoes represent the myth of the lone hero who is forever faced with new challenges and puzzles, a man who must rub shoulders with the criminal element but maintain his integrity, a prototype of the old pioneer, courageously facing down fear to make the world safe for women and children. The cop/detective icon has such a powerful grasp on the American imagination that many of the most popular TV shows in U.S. history feature cops or private investigators as the main characters.

Although TV today abounds with plenty of cop and detective shows, I always find myself going back to watch the genre’s classics. A big reason is straight up nostalgia. I remember watching these shows with my dad on our huge wood encased TV with rabbit ears. I guess it’s a way to relive my childhood a bit. 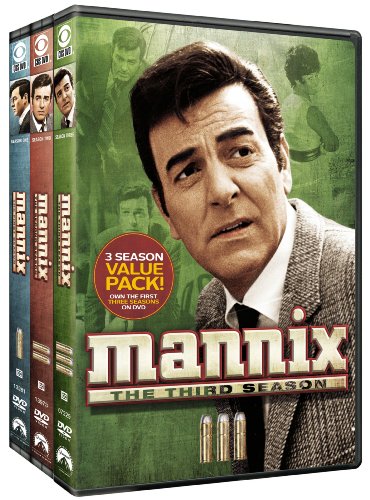 But another reason I like the oldies is because of their simple rawness. Cop and detective shows today are too slick and glossy. There’s no heart to them. Shows like CSI and Bones like to wow audiences with fancy technology and buxom lab techs, but at the end of the show, I just don’t feel connected to the characters. The classics have a grit and straightforward simplicity that I find appealing.

Below, I put together a short list of my favorite classic cop and detective shows. I think all of them showcase men who encapsulate that rugged and edgy manliness that we often admire. (Oh, and you can watch many of these shows for free on Hulu.com. If the show’s available on Hulu, I provided a link to it so you can watch it when you need a dose of crime-fighting manliness.) 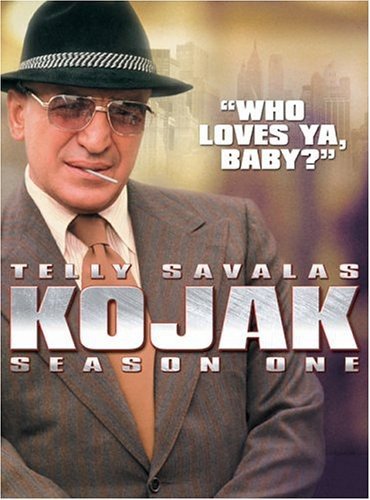 Mannix is a damn manly name. And Joe Mannix lived up to it. He started his sleuthing career working at a high-tech detective firm called Intertect, but decided that he could do a better job than a bunch of crappy computers with just his wits and a gun. So he left and started his own detective agency. Mannix worked hard and played hard. He drove convertibles with awesome 1967 car phones. He told the hot L.A. sun to go to hell by wearing heavily patterned tweed sports coats. Yeah, Mannix was all man.

Tom Selleck plays Thomas Magnum (apparently having an uber-manly name is a prerequisite in this business), a private investigator that lived and worked in Hawaii. Magnum solved cases while sporting his signature manly mustache, Detroit Tigers ballcap, Rolex GMT Master wristwatch, and Hawaiian shirts strategically unbuttoned to let his manly chest hair peek out. Magnum was so damned manly that after the writers killed him off in the seventh season, he came back to life just so he could make an eighth season. You can’t keep a good man down. Or dead.

You can watch full episodes of Magnum, P.I. for free on Hulu.com. 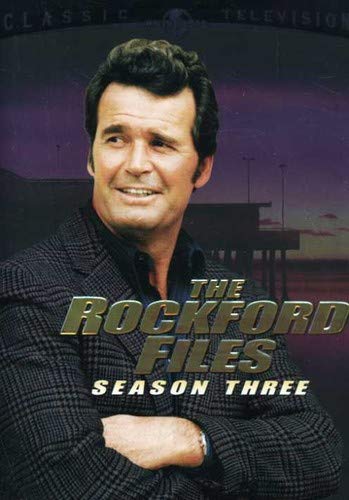 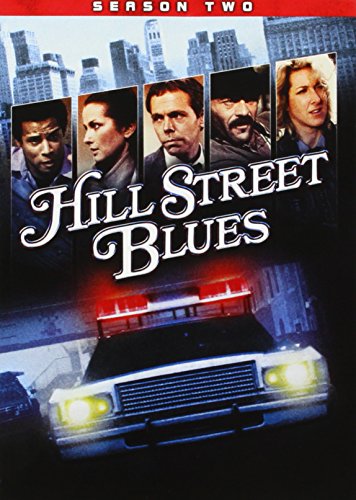 Kojak was the man. Just look at him. His big bald Grecian head struck fear in the hearts of criminals prowling the South Manhattan streets. Theo Kojak (played by Telly Savalas) was a tough and tenacious NYPD cop who dressed well and liked to suck on his trademark lollipop. He had a gravely voice with a tough New York accent that made the ladies melt, especially when he dropped his foolproof line, “Who loves ya, baby?”

You can watch full episodes of Kojak for free on Hulu.com.

Ex-con turned private investigator, Jim Rockford (played by James Garner) wasn’t your typical TV private dick. He’d just as soon avoid a fight and go fishing than bust down a door with pistols a-blazing. Rockford rarely carried a gun and instead relied on his wits, smooth talking, and patented Rockford Turn, executed in his gold Pontiac Firebird Esprit. Rockford didn’t make much money as a private eye, mainly because his clients weaseled out of his “$200 a day plus expenses” fee. So Rockford lived in a trailer by the beach and bought off the rack clothing. But he did it with the kind of charm and style that richer men could only aspire to.

You can watch full episodes of The Rockford Files for free on Hulu.com.

In the Heat of the Night

Based on the awesome movie of the same name, In the Heat of the Night follows small town police chief Bill Gillespie (played by Caroll O’Conner) and detective Virgil Tibbs (played by Howard Rollins). The show takes place in a small town in Mississippi where as a black man, Detective Tibbs must solve crimes while contending with the locals’ deep-seated racism. It doesn’t help that you got Archie Bunker as your boss. I’ve got a lot of memories of watching this show. It was one of my dad’s favorites.

Previous article by Brett and Kate McKay: How To Shave Like Your Grandpa