The CIA Coup That Kept America on the Road of Militarism

JFK and the Unspeakable: Why He Died and Why It Matters, by Jim Douglass, Orbis, $30, 510 pages

Jim Douglass’s bona fides as a peacemaker are impeccable: civil disobedience, protesting Trident submarines and White Trains at Ground Zero in Washington for years, four books of Christian peacemaking theology (cf. The Nonviolent Coming of God, 1991), founding a Catholic Worker House of Hospitality in Birmingham, and importuning John Paul II to encamp in Baghdad to prevent the 1991 Bush I attack. Why would he then spend a decade or more holed up, writing a book on Kennedy’s presidency and assassination?

JFK and the Unspeakable: Why He Died and Why It Matters is the answer. Douglass was familiar with Thomas Merton’s anxieties about a nuclear holocaust. Merton feared for Kennedy if he turned away from the Cold War, concerns he shared with Ethel Kennedy. Douglass shares John XXIII’s hopeful view that “everything is possible,” which Kennedy and Khrushchev had begun to demonstrate by the time of Kennedy’s death.

At the center of the short history of Kennedy’s thousand days is his aversion to war, which began with the Bay of Pigs and the Cuban missile crisis. He was determined to end the Cold War by reaching rapprochements with Nikita Khrushchev and Fidel Castro, and he made courageous moves in that direction. These moves met with bitter opposition from the CIA, the Pentagon, and military-industrial leaders. They were determined to win the Cold War by a nuclear first strike, and saw Kennedy as treasonous. They stubbornly resisted his directives, and when he decided to pull US troops from Vietnam, end the isolation of Cuba, and work with Khrushchev for disarmament, a network of CIA operatives assassinated him. 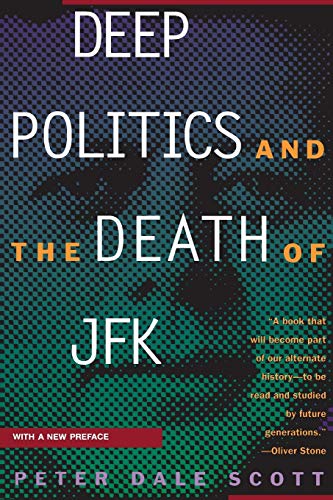 Washington closed ranks to lay it all at the feet of Lee Harvey Oswald. Kennedy had foreseen his end. Early on he observed that he might survive one or two Bays of Pigs, but not a third. In fact, he had escaped the CIA Bay of Pigs entrapment. The CIA wanted to entrap him into a war with Cuba. When the attack failed, Kennedy refused to send in planes and ground troops. He rejected the military-CIA recommendation to attack Cuba in the missile crisis there and nuke the Soviet Union if it intervened. He and Bobby had beaten back an inflationary steel price increase. He again rejected military counsel to nuke the Soviets when the Berlin Wall went up (they foresaw 140 million Soviet deaths and 30 million US victims). He negotiated a neutral Laos government with Khrushchev (the Pentagon wanted air attacks), and rode a swelling public tide to easy Senate approval of a nuclear test ban treaty that no one had anticipated being ratified. In an American University speech and in another at the United Nations he called for a rapprochement to end the Cold War’s danger. He pursued an understanding with Castro, and formally declared his intention to withdraw all US troops from Vietnam.

Even cats have only nine lives. Kennedy had used all nine.

Throughout, Kennedy stood virtually alone against aides, the CIA, and the Joint Chiefs who were not averse to rank disobedience and acting behind his back. The CIA tried to kill Castro with a poisoned diving suit, a plot Kennedy knew nothing of, but since his emissary had already given Castro a diving suit, there was no need to deliver the CIA’s suit. Ambassador Henry Cabot Lodge promoted the assassination of Diem in Vietnam and deflected every Kennedy effort to stop it. The CIA ran South Vietnam and was determined to remain there.