Imagine, if you can stand to, a world in which the entire population has succumbed to Hannitization, and you’ll capture the dystopian future depicted in the 2006 cult film Idiocracy.

The fictional future America (written and pronounced “Uhhmerica”) of the year 2505 is inhabited by torpid, barely ambulatory imbeciles, in large measure because of a quasi-Malthusian population imbalance: Smart people, according to the film, reproduce arithmetically, but dimwits multiply like tribbles. The result is what Huxley’s Brave New World would have been had it been populated exclusively by Epsilon-minus Semi-Morons.

Uhhmericans spend most of their time in consumption — glutting their bellies on nutrition-free junk food (Carl’s Jr. fare washed down by a “sports drink” called Brawndo), and clotting their minds with sub-puerile entertainment.

The minimal interpersonal communications that occur are transacted in a patois that is equal parts hillbilly dialect, urban slang, casual profanity, and gibberish.

Each Uhhmerican is tattooed at birth with a laser-readable UPC code that serves as a commercial interface and tracking device. As long as a particular Uhhmerican is content to be a dutiful consumer and displays no troublesome individuality, he will be left unmolested. Otherwise, his UPC tattoo will attract the immediate attention of the police, who — in addition to packing heavy artillery and wearing body armor — are even stupider than the common herd.

As a result of a failed human hibernation experiment, 21st-century Army clerk Joe Bauers — the very embodiment of the term “dull normal” — is deposited in this moronic milieu. Without a UPC tattoo, Bauers is “unscannable,” and thus he quickly finds himself in prison.

Joe uses his robustly unexceptional mental skills to escape (remember, this is a society in which even Sean Hannity would be seen as marginally bright) and is pursued by the police. After the car he’s in is remotely disabled, Joe and two associates flee on foot.

Seconds later, the empty car is besieged by roughly a dozen police, who without warning simply open up on the vehicle with automatic weapons. One particularly zealous hero deploys a rocket-propelled grenade launcher, which he is holding backwards. When the trooper pulls the trigger he sends the projectile skyward. Scant seconds later, a flaming passenger jet tumbles to the ground. Nobody — least of all the police — notices when the airliner crashes and explodes in the distance.

As with any successful satire, Idiocracy uses cultural caricature to diagnose disturbing trends.

By way of contrast, Judge displays creative austerity in his depiction of gratuitous police violence, since — in this particular, at least — there is little difference between the world created in his film and the one in which we’re presently living. 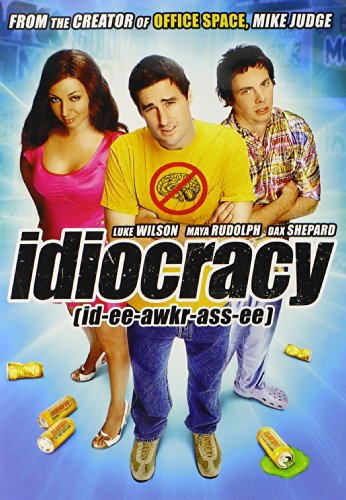 The 2006 death of 20-year-old Tualatin, Oregon resident Jordan Case, who was gunned down by police while unarmed and blitzed on hallucinogenic mushrooms, offers a splendid example of Idiocracy-style police overkill. On May 4, a federal jury hearing an excessive force lawsuit brought by Case’s parents and stepmother deadlocked; a second civil trial will take place this fall.

When the second trial begins, I earnestly hope that it will focus on this question: Since an unarmed, terrified 120-pound woman was able to restrain the intoxicated, 128-pound Case, why was it “necessary” for three much larger police officers (each weighing well over 200 pounds) to electrocute the young man 12 times with a Taser, and pummel him with nine beanbag rounds, before he was perforated with several gunshots fired in two separate volleys?

Just before midnight on October 21, 2006, Case — who had consumed a large quantity of hallucinogenic mushrooms — barged into the home of neighbor Sally Arellano, a single mother who lived with her 8-year-old daughter.

Arellano, who had been sleeping on the couch, awoke to see the uninvited guest in her living room. Case, who was intermittently lucid, told Arellano that he was under the influence of an hallucinogen.

After making this admission, Case curled up on the floor, giving Arellano time to call 911 — and then flee to her daughter’s room. After Case forced the door open, Arellano and her daughter both grappled with the intoxicated man. When Officer John Jayne of the Tualatin Police Department arrived, Arellano had pinned the intruder face-down on the floor.

At this point, Jayne said “Thanks — I’ve got it now,” slapping Arellano’s hand like a tag-team partner and taking physical custody of the smaller man.

One would expect that’s how it happened. One would be wrong.

For some reason, “Jayne began his own stand-off with Case, who alternated between sitting calmly on a bed and lunging at the officer,” recounts Willamette Week. At one point, Case reportedly obtained an item described as “similar to a kitchen knife,” something that wouldn’t have happened if Jayne had taken control of him immediately. Case discarded the knife and Jayne — along with a man identified as his “friend,” Grant Collins — “struggled” with the intruder.

Bear in mind that we’re discussing a skinny, 128-pound 20-year-old who had just lost a pinfall to a 5’2″, 120-pound single mother. An adult man in decent shape — or even a typical police officer, for that matter — should have been able to bulldog the kid to the floor and drag him out of a home he had invaded without permission. Yet for some reason, rather than subduing the suspect, “Jayne backed out of the apartment and Case followed, leaping a fence in a single bound,” continues the WW account.

Jayne called for backup, and shortly thereafter two other officers — Washington County Sheriff’s Deputy Glenn Howard, and Sherwood Police Officer Adam Keesee — arrived at the scene. By this time, Jayne had already used his Taser on Case, to no effect. Howard and Keesee shot Case with several beanbag rounds, which likewise did little to slow him down.

Case then approached Deputy Howard, who had left his car running with the door open. Howard fired his Taser at Case “for seven separate cycles,” narrates the Oregonian. When that failed to subdue Case, Howard — who at one point managed to shock himself while reloading his Taser cartridge — drew his firearm.

According to eyewitness testimony, Case (who, recall, had been shocked more than a half-dozen times) was staggering in the direction of Howard’s patrol car — as if he were “just trying to hold on to something” — when the Deputy unloaded on him. Howard testified that he was concerned Case might be reaching for an MP-5 assault rifle, which was stored in a locked rack accessible through the open driver’s side door. Howard also admits that he “didn’t think” of closing the door to prevent Case from reaching the rifle.

Apparently it also didn’t occur to Howard — or either of the other uniformed heroes on the scene — to secure the rifle and move the injured suspect from the car after he had been shot and immobilized.

One of the rounds fired by Howard had found its way into Case’s chest. For two minutes the 20-year-old sat slumped against the patrol car, motionless and bleeding, while the three police on the scene conferred with each other. Although he didn’t move to restrain Case or render medical aid, Howard took the opportunity to re-load his Glock.

According to the official police account, after breathing heavily for a couple of minutes Case suddenly “sprung off the ground” and reached into the still-open vehicle. Howard, who later testified that he was worried that Case might grab the still-unsecured rifle, fired several more shots. One of them penetrated Case’s skull, killing him instantly.

Given that he clearly couldn’t handle their effects, Jordan Case obviously would have been better off not consuming psychotropic fungi. Just as obviously, he shouldn’t have been trespassing. He most likely wouldn’t have been, had he been in control of his faculties. His behavior created a serious problem for his neighbor. It was the intervention by the police that turned that problem into an eminently avoidable tragedy.

It is not a sterile exercise in second-guessing to say that four large men (three police officers and a tag-along) should have been able to restrain Case without resorting to weapons of any kind: Remember, when Deputy Jayne arrived, a 120-pound woman had Case pinned to the floor. Yet for some reason — most likely years of indoctrination regarding ubiquitous threats to “officer safety” — the three Paladins of Public Order were terrified of the skinny 20-year-old kid, whom they later described as displaying “almost superhuman strength and endurance.”

“My level of fear is skyrocketing, ’cause he’s not responding to anything,” Deputy Howard later recalled, explaining his decision to unload two separate volleys with his sidearm. “You don’t understand what that feels like until you actually fear for your life.”

Note this well: This armed, trained Sheriff’s Deputy feared for his life because he and two other law enforcement officers couldn’t subdue a 128-pound kid who — his “superhuman strength” notwithstanding — had just finished second in a grappling match with a frightened 120-pound woman.

The single mother who had pinned Case to the floor of her daughter’s bedroom had the sand to take the boy down and hold him there, yet we’re supposed to believe that a similar feat was simply beyond the capacity of three tax-fed badasses with badges.

“Though there were … three officers on the scene and Jordan was only 128 pounds, unarmed, outnumbered and did not make any threatening gestures toward the officers, at no point did any officer attempt to restrain Jordan without the use of the taser or other weapons,” summarizes the civil complaint filed on behalf of the victim’s family. “Instead, the officers elected to tase him and shoot him…. At no point did any officer attempt to calm Jordan or to communicate with Jordan in any way other than shouting threats and commands to get down on the ground.”

In describing what went through his mind as he gunned down Jordan Case, Deputy Howard expresses himself in terms suitable to the world depicted in Idiocracy: “I remember thinking, unplug him, unplug him, we’re f*****g done with this sh*t.”

Though substantially more vulgar, Howard’s internal monologue was similar in substance and intent to the words that fell from the lips of Officer Troy Meade as he executed the intoxicated Niles Meservey in an Everett, Washington parking lot June 2009: “Time to end this — enough is enough.”

Meade was acquitted of criminal homicide by the same Idiocracy-caliber jury that rejected his self-defense claim. The Washington County, Oregon DA declined to file criminal charges against Deputy Howard, insisting that his conduct comported with the “reasonable officer” standard governing lethal force cases.

This is to say that the combination of timidity, ineptitude, and impulsive violence displayed by Howard and his comrades in this episode is what the public should expect when they seek “help” from the police. Under the “reasonable officer” standard, summary execution is a proportionate punishment for overtaxing a police officer’s patience. And things will only get worse from here because most people prefer to take refuge in comforting illusions, rather than confronting grim and potentially lethal realities.

“People have a huge emotional investment in believing the police are on our side,” explains attorney Greg Kafoury, who has represented plaintiffs in law enforcement-related wrongful death lawsuits. “If somebody sits on a jury that concludes that the police have used unlawful violence against a citizen, that’s a declaration that the world is a lot scarier place than they want it to be.”

Unfortunately, reality isn’t optional — something too many residents of our proto-Idiocracy come to understand only when they find themselves on the receiving end of officially sanctioned criminal violence.

Previous article by William Norman Grigg: Murder as a Punchline